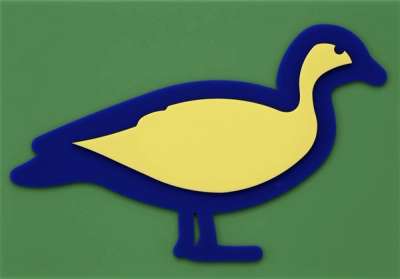 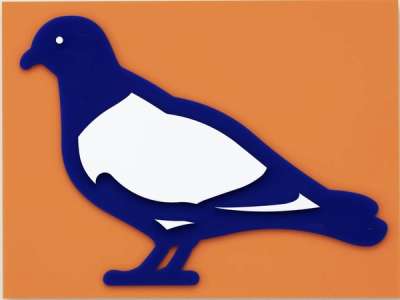 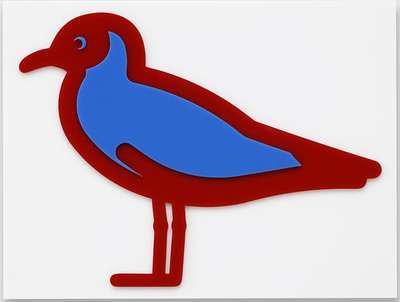 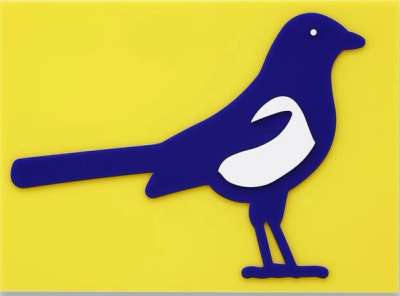 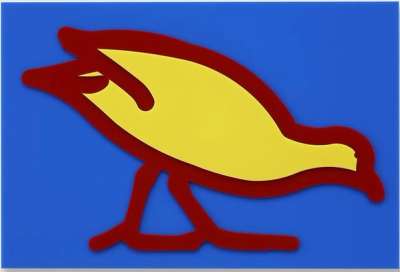 Produced between 2020 and 2021, Julian Opie’s Small Birds collection features five artworks, all coming in an edition size of 20. Each artwork in the collection depicts a bird rendered in Opie’s signature artistic style, characterised by his simplified, graphic visual language that resonates strongly with Roy Lichtenstein’s cartoon imagery. The birds featured in the series are a pigeon, gull, duck, hen, and magpie.

The artworks in Small Birds capture the essence of Opie's visual style which was clearly influenced by Minimalism and the Pop Art movement. Opie’s artworks are often identifiable by his use of thick black lines which are filled with solid, flat colours. In the Small Birds collection, Opie uses thick coloured lines to delineate the birds' bodies. Each bird is rendered in two colours, with Opie using one bright colour for the bird’s body, and another for its outline. Opie does not add any detail to the birds he draws, instead emphasising their shape and form. Despite the lack of detail, the birds are instantly recognisable due to the distinct shapes of their bodies, beaks and legs. Each bird is set against a brightly coloured backdrop, reminiscent of Andy Warhol’s Pop Art portraits of famous American stars like Marilyn Monroe and Elizabeth Taylor.

Opie’s artistic process, which the artist honed over three decades, consists of him taking photographs or short films and reducing them to pure surface and line in order to question how images are perceived and understood by the viewer. This technique and interest explains why all of Opie’s still lives and cityscapes lack significant detail.

As well as being influenced by Warhol’s prints, Opie clearly draws inspiration from Lichtenstein's cartoon and comic book imagery, as well as Patrick Caulfield’s use of bold outlines. Other artistic influences include billboards, Japanese woodblock prints, Egyptian hieroglyphs and road signs. Opie is fascinated with taking inspiration from modern media and technologies and connecting them to classical art history. Opie’s artworks, which he developed out the visual language of modern life, marry tradition with technology and the artist’s chosen medium, from paintings to prints, LED displays to digital video, capture his interest in both high art, design and the vernacular.

We Swam Amongst The Fishes

Elena and Cressie Get Ready For The Party