The Things That Comfort 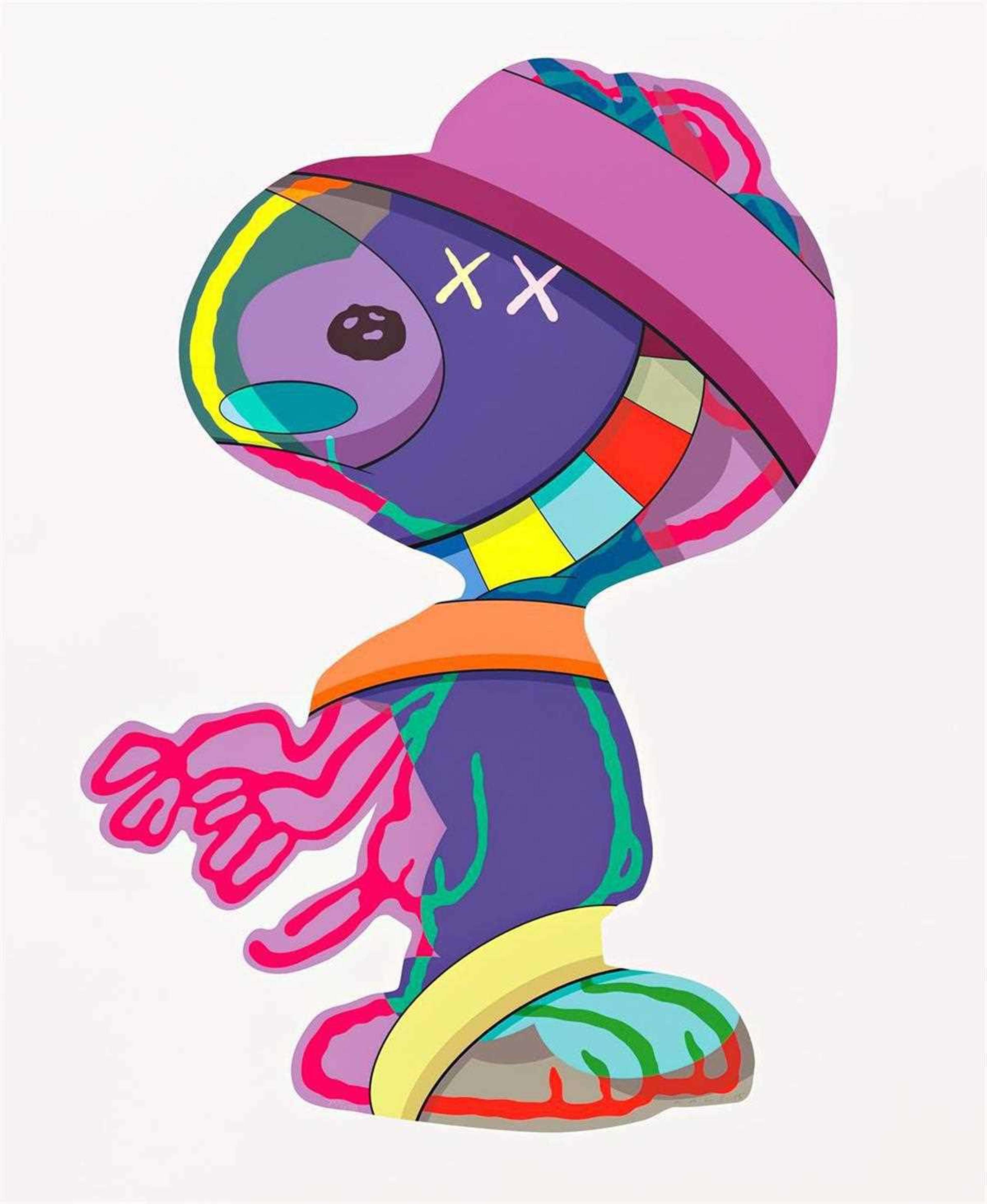 The Things That Comfort
Signed Print

The Things That Comfort is a signed screen print made by the acclaimed American artist and designer, KAWS in 2015. The print depicts the beloved cartoon character, Snoopy, from the Peanuts comic strip. Snoopy is rendered using unconventionally bright colours, with purple, pink, yellow and green dominating the composition.

KAWS has often used Snoopy, the cartoon character, in his artworks. His renderings of Snoopy in this collection differ starkly from other iterations, for example, those in the Man’s Best Friend collection in which KAWS uses a loose, expressionist style to produce sketch-like drawings of Snoopy in black and white.

The Things That Comfort is part of the Outlines collection, a body of prints which all use the outline of a famous cartoon which KAWS then fills with his own graphic designs. KAWS’ artistic style, characterised by an emphasis on colour, bold gestural line and a set of distinct graphics, can be compared to Keith Haring and Jean-Michel Basquiat, two leading 20th century artists who emerged from the New York City graffiti subculture of the 1980s. KAWS started experimenting with graffiti when he was a teenager growing up in New Jersey and the artist’s professional name, KAWS, originated from the tag he used to spray paint on buildings. KAWS’ love for graffiti and street art shines through in The Things That Comfort and can be detected throughout the entire collection.