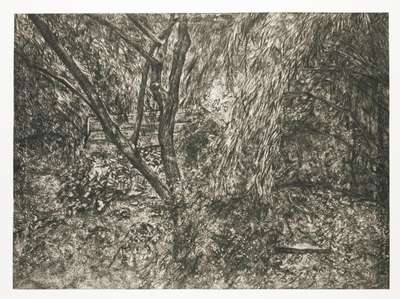 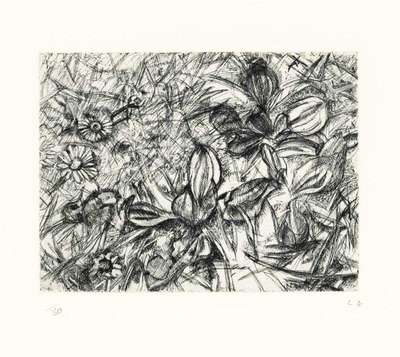 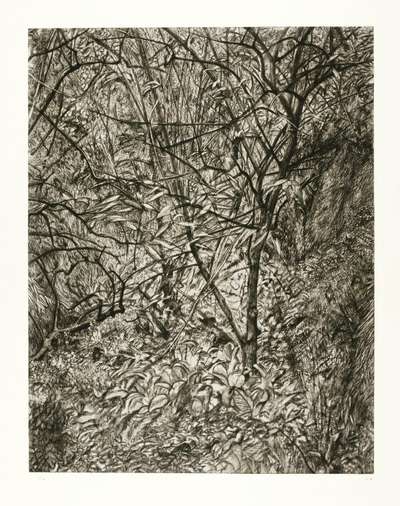 The name Lucian Freud springs to mind psychologically explorative Portrait Heads and Naked Portraits, executed in the artist's infamous impasto paintings and meticulous etchings. However, Freud's detailed studies of plants and landscapes have been rather overlooked despite their equally intricate appeal. For Freud, the study of plant matter was akin to portraiture, as he once described his painting Two Plants as "lots of little portraits of leaves". Just as he closely observed and represented his human subjects, Freud studied every single facet of the plants he etched to create textural and faithful depictions.

Freud famously spent sometimes hundreds of hours studying his human subjects, observing their every movement and expression to capture the essence of their being. This diligent approach, however, was not reserved to his human sitters. His etching Thistle, for example, gives the plant a lively presence as it sprawls beyond the edges of the composition. Likewise his Landscape, whose subject matter is rather unlike a traditional "landscape", gives each sprig of grass an animated appeal. Freud himself was allegedly an avid gardener, and the care with which he delineated each and every detail of nature is perhaps owed to his green fingers.

When it came to his human sitters, Freud very rarely accepted commissions. The artist opted instead to paint those he knew, allowing him to create a portrait of their character rather than their mere appearance. The same applied to Freud's Plants. His etchings Garden In Winter and The Painter's Garden both portray Freud's own garden, documenting its changes over the seasons. Within these works of nature personal to him, Freud embraces beauty and decay and - much like his portraiture - idealises nothing. For Freud, the beauty of these scenes was entrenched in their wildness and imperfection.

Whether Freud was studying faces, bodies, or plants, he approached them with an unrelenting scrutiny and curiosity. Every single element of the plants he etched were intrinsic to its presence and, just as we would expect from Freud, no detail was ever spared.