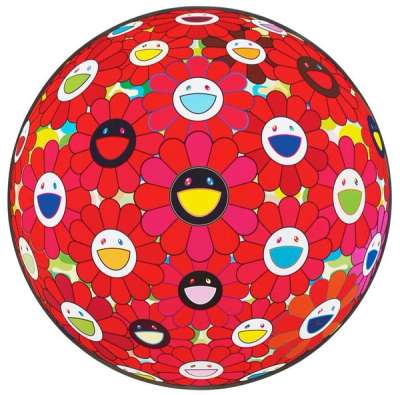 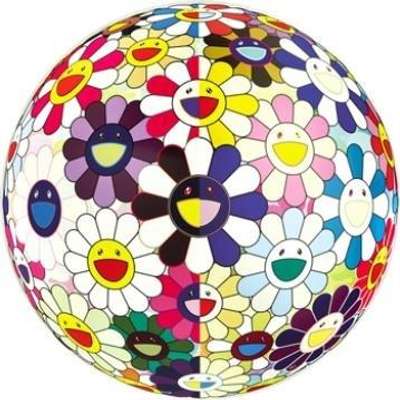 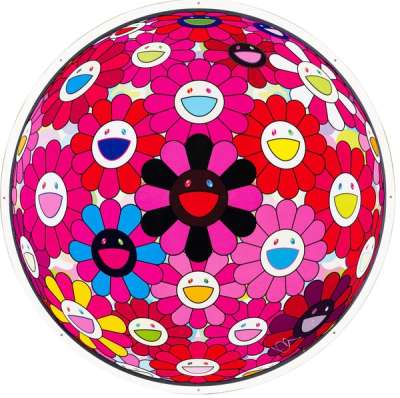 Flower Ball: There Is Nothing Eternal In This World That Is Why You Are Beautiful Signed Print
Takashi Murakami 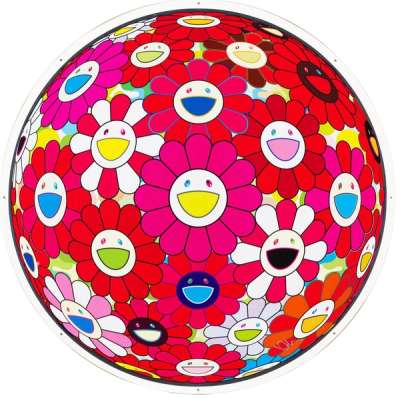 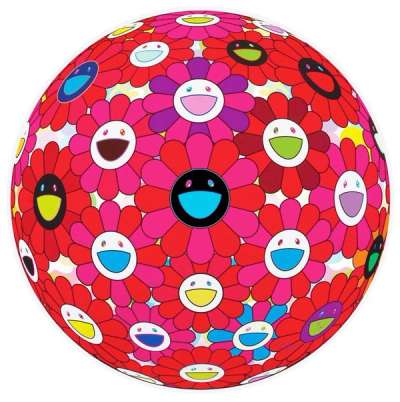 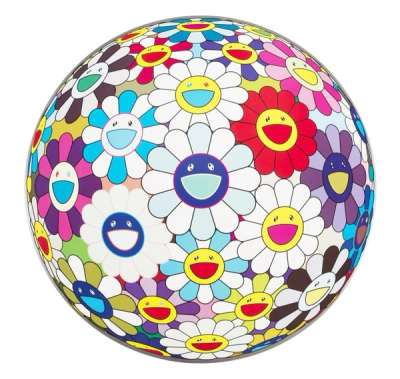 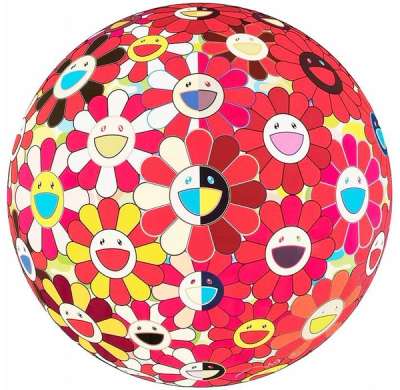 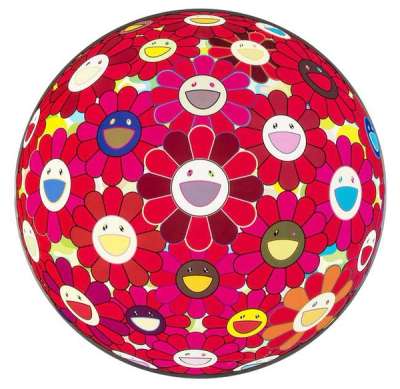 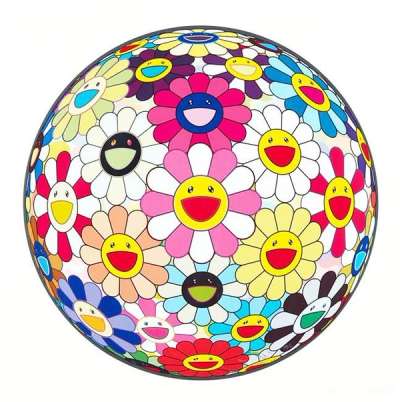 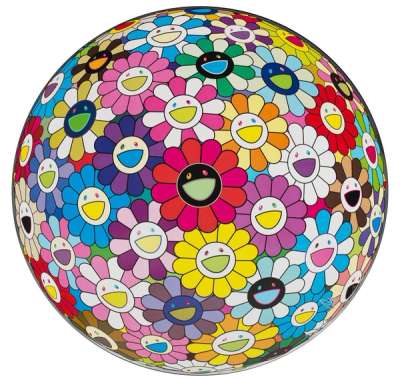 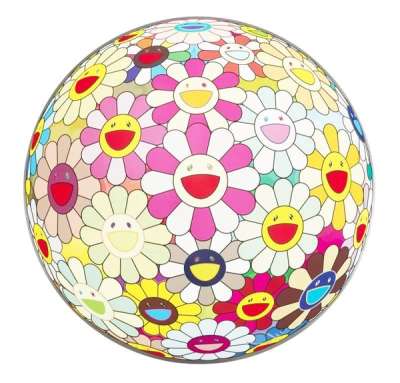 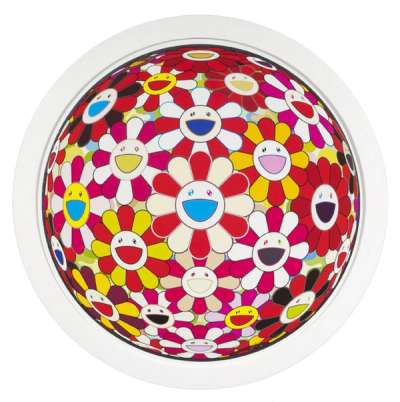 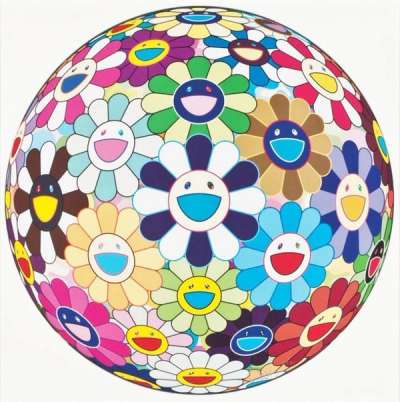 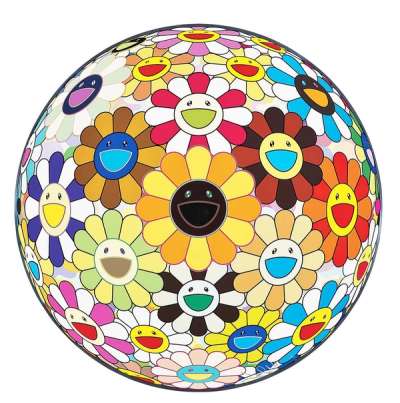 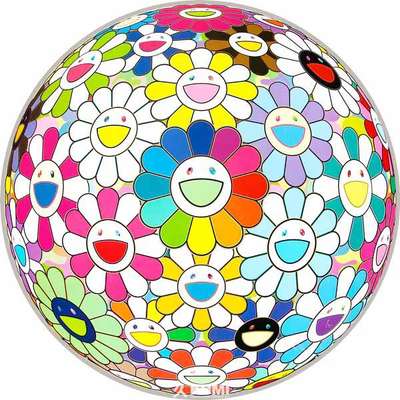 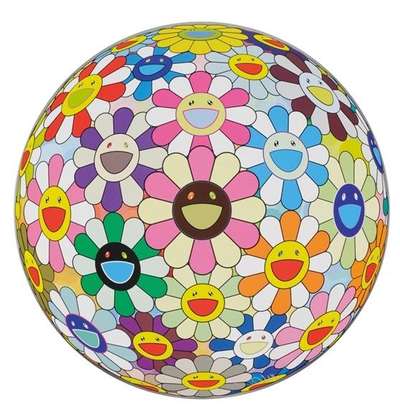 The Flower Ball series, produced by the renowned and experimental Japanese artist, Takashi Murakami, is an exciting and vibrant series that has arguably become the artist’s most recognisable and iconic.

The collection is composed of exuberant circular paintings in which Murakami produces a distinctive circular shape filled with an intense pattern of flowers. The flowers are rendered in bright and bold colours, bringing an exciting vibrancy to the works. The centre of the flowers resembles the smiley face emoji, and these smiling masks imbue the flowers with emotion. Discussing the smiling flowers, which have become one of Murakami’s most recognisable visual motifs and reappear frequently throughout the artist’s works, Murakami explains: “each one seems to have its own feelings, its own personality”. The individuality of the flowers is reflected in the fact that each flower has a unique combination of colours, which also showcases Murakami’s obsessive attention to detail and sensitivity to colour.

Murakami’s prints tend to have a flat or glossy surface, however in this collection, Murakami’s use of spatial recession produces a mesmerising 3D effect, giving the illusion that the viewer is looking at a three-dimensional flower ball. This is emphasised by the reflective ring of metal foil that runs along the edges of each print.

The addition of emoji-like faces to the cartoon flowers reflects Murakami’s love of popular culture. The artist’s aesthetic is deeply influenced by the Japanese ‘otaku’ culture, a subculture associated with computer nerds, anime and manga (Japanese cartoons and comics), as well as ‘kawaii’ culture, the culture of cuteness. Traditionally considered ‘low’ culture, by incorporating these influences into his artworks which Murakami produces using fine art techniques, the artist blurs the boundary between ‘high’ and ‘low’ culture, demonstrating how the two can co-exist within one piece of art.