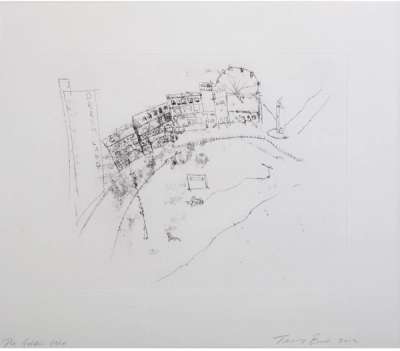 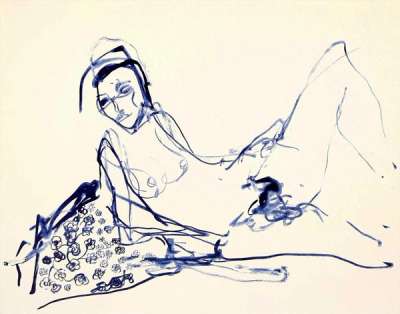 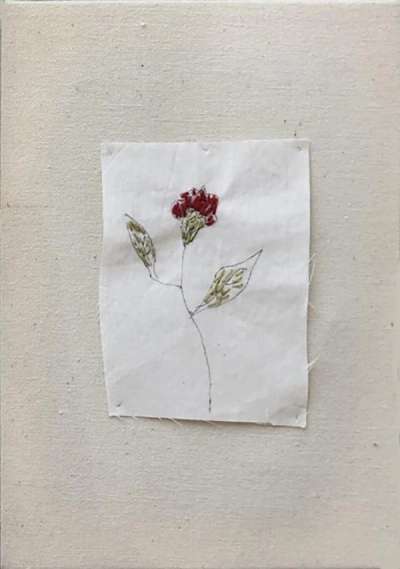 A Name They Called Our Dad Embroidery
Tracey Emin

Born on July 3rd, 1963, in Croydon, British artist Tracey Emin was brought up in Margate, on the coast of Kent. Her father, Enver Emin, owned and ran a hotel there with the artist’s mother, Pamela Cashin. The two of them never married as her father had a whole other separate and legally binding family elsewhere. Emin’s father was a Turkish Cypriot, while her mother was of British Romani descent.

After the failure of the hotel, the family’s standard of living relinquished dramatically. Dropping out of secondary school, Emin decided to study fashion at the Medway College of Design. Later, she also took up printmaking at Maidstone Art College. Following this, she completed a Master’s degree in painting at the Royal College of Art.

Emin was then catapulted onto the contemporary art scene as a protégé of collector Charles Saatchi and became a prominent member of the Young British Artists movement. In 2011, she was appointed as Professor of Drawing at the Royal Academy of Arts in London.

Themes of psychological and physical trauma characterise Emin’s creative approach, as she takes refuge in her art to deal with past and present obstacles. She frequently utilises mediums associated with domesticity and the feminine. Her themed collections portray love, humans, and various types of animals, like cats, deers, rabbits and birds, but there are also botanical motifs.

Delving into the drawn and the embroidered, Emin’s outstanding artistry in her childhood grouping is defined by her innate ability to convey emotion through the process of minimalist visuals. Her works on paper are technically accomplished and manifest her devotion to her craft. Meanwhile, her needlework features expressive shapes and pigments, articulating the joy and suffering that is intrinsic to human existence.

Stylistically, the primary source of inspiration for the childhood grouping are expressionist masters Edvard Munch and Egon Schiele. Their legacies offer a cathartic form for the intimate and confrontational nature of Emin’s creations. These are stories about transgenerational wounds and the complexities of an intercontinental upbringing.

Gripping honesty and forthrightness define these pieces, as Emin’s imagery and textual designs are precise and predetermined. In many ways, associations form the basis of the works centred around the theme of childhood. These compositions are stunning in their simplicity, yet their execution and material pose a conundrum. The female nude, for instance, is no longer available for consumption here. She is presented by Emin as occupied with the act of her own consumption, her contour portrayed robust and inky and impenetrable. The cloth and thread on which the artist constructs a delicate flower invokes in the onlooker a strong sense of familiarity and therefore also a feeling of inclusion in the work’s message.

Emin’s ‘Childhood’ grouping  can be viewed as a testament to her emotional ties to her early life. She channels a wealth of reflections into an exploration of the width and depth of human and familial affections. The works in this collection are visual love letters to the profound intertwining of spirituality and physicality; of memory and place.