Love
Is What You Want

Find out more about Tracey Emin’s Love Is What You Want, browse prints & editions for sale & view the works wanted by active buyers right now. 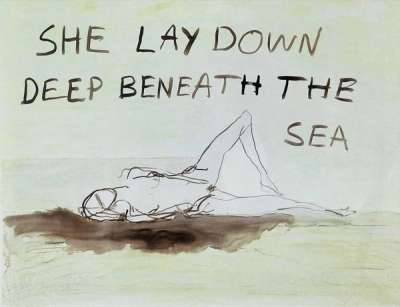 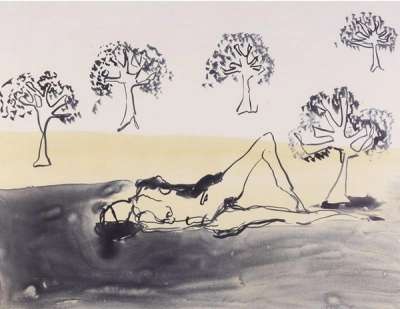 British artist Tracey Emin, born 1963 in south London, first emerged on the contemporary art scene as a member of the Young British Artists movement. Emin’s art gained notoriety for being confrontational and intensely personal. Her work is masterfully resonant within a feminist discourse on art historical legacies. It is also a powerful encapsulation of the human condition overall.

The Love Is What You Want collection explores spirituality and sexual identity. Disarmingly frank and deeply provocative, this grouping is also animated by Emin’s ironic wit. The artist here presents her fearless prose through the means of printmaking, allowing her inner world to unfold within two inky limited edition artworks. The pieces were created in conjunction with a retrospective exhibition titled “Love is What You Want”, held at the Hayward Gallery in 2011. The lithographs are close in style to both Emin’s early watercolours and her related large-scale paintings.

The collection features the artist’s own body as a memory well of loss and longing. In these poignant works on paper, Emin charts the bittersweet nature of remembrance. She investigates how it can function as a container of catharsis as well as a source of consolation. While a need for recollection underpins these works, the Love Is What You Want prints primarily address the remnants of physical intimacy. Rather than painting literal depictions of passion, Emin captures the emotions awakened in her after the act. As such, these are portraits of turbulent flashbacks associated with desire.

The artist in these works revisits various moments from her own life, articulating a sort of lithographic poetry of connection through colour and form. In making herself the figurative subject of her paintings, the artist also forges a link with the tradition of depicting the female form. Stylistically, the primary source of inspiration for Emin’s Childhood grouping are expressionist masters Edvard Munch and Egon Schiele.

The resulting prints are viscerally dark, enhanced by the delicate gestural illustration of the artist’s own physical presence. Laying with the Olive Trees uses the repeated motif of the flourishing olive tree to counteract the stillness of the female figure lying at the centre of the composition. The landscape is an ambivalent mix between a desert and an ocean, placing the solitary female in limbo. With She Lay Down (Deep Beneath The Sea), Emin couples notions of love and longing with a palpable sense of vulnerability. Written in the artist’s signature scrawl, both the title of the work and the illustration of the woman glow in inky blue, taking on an otherworldly quality.

The nuanced emotionality of the autobiographical pieces in this grouping alludes to sensuality, but also to the often fraught and uncontrollable tendencies of human behaviour. The artist frames lust as an intoxicating but also disruptive and unsettling emotion. The indeterminate spaces, shadowy figures and enigmatic landscapes found in the Love Is What You Want collection all emphasise the psychological interiority found in each body. These fluid and tranquil vignettes denote both a concrete time and place as well as a state of mind.