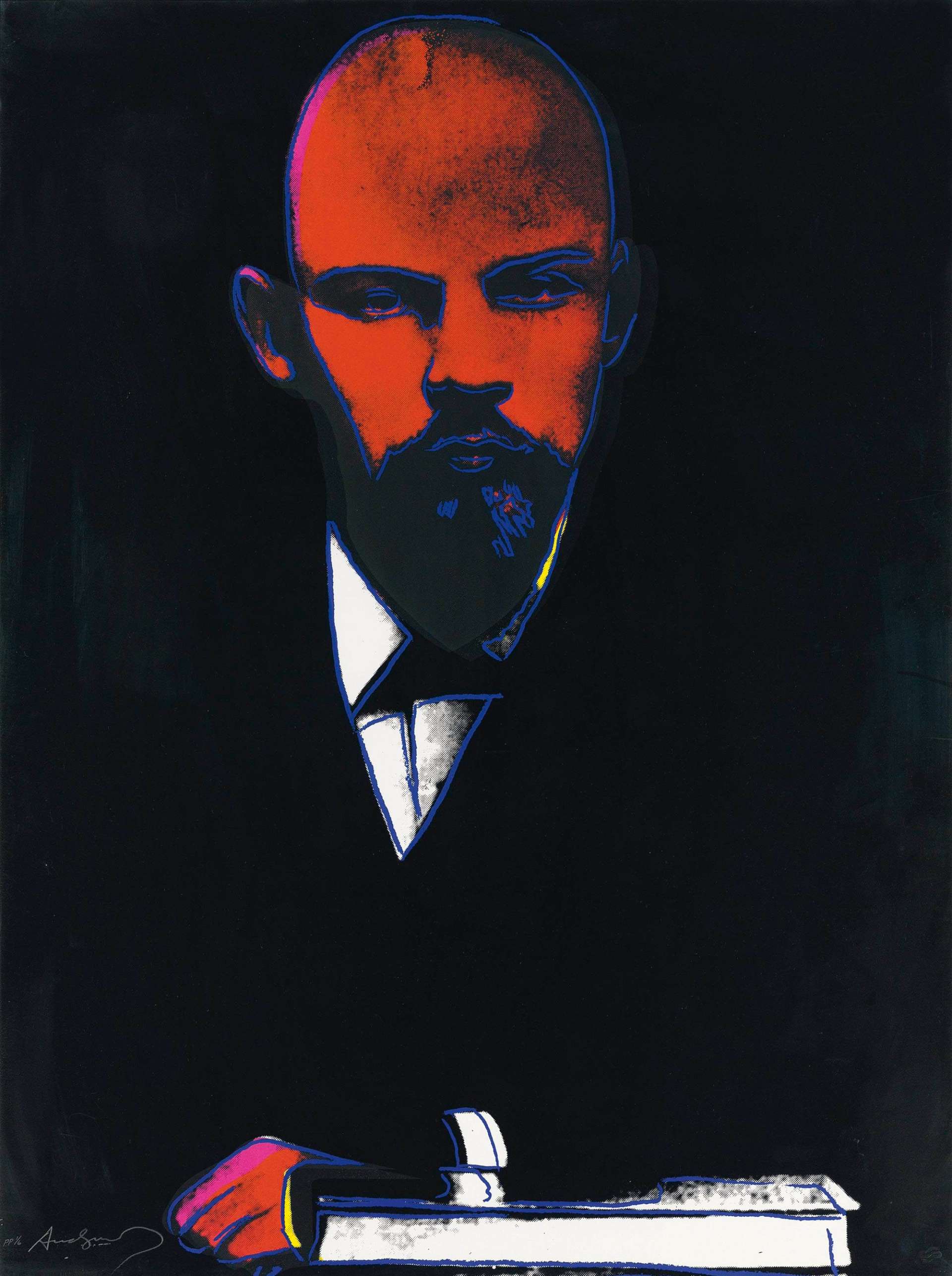 In his Lenin print series, Andy Warhol represents the iconic Soviet Union leader Vladimir Lenin. The series is typical of Warhol's obsession with the cult of celebrity, but Warhol shows Lenin to be a menacing force and the ultimate adversary to Pop Art.

The series is a dark portrayal of the Russian Revolution leader, Vladimir Lenin. 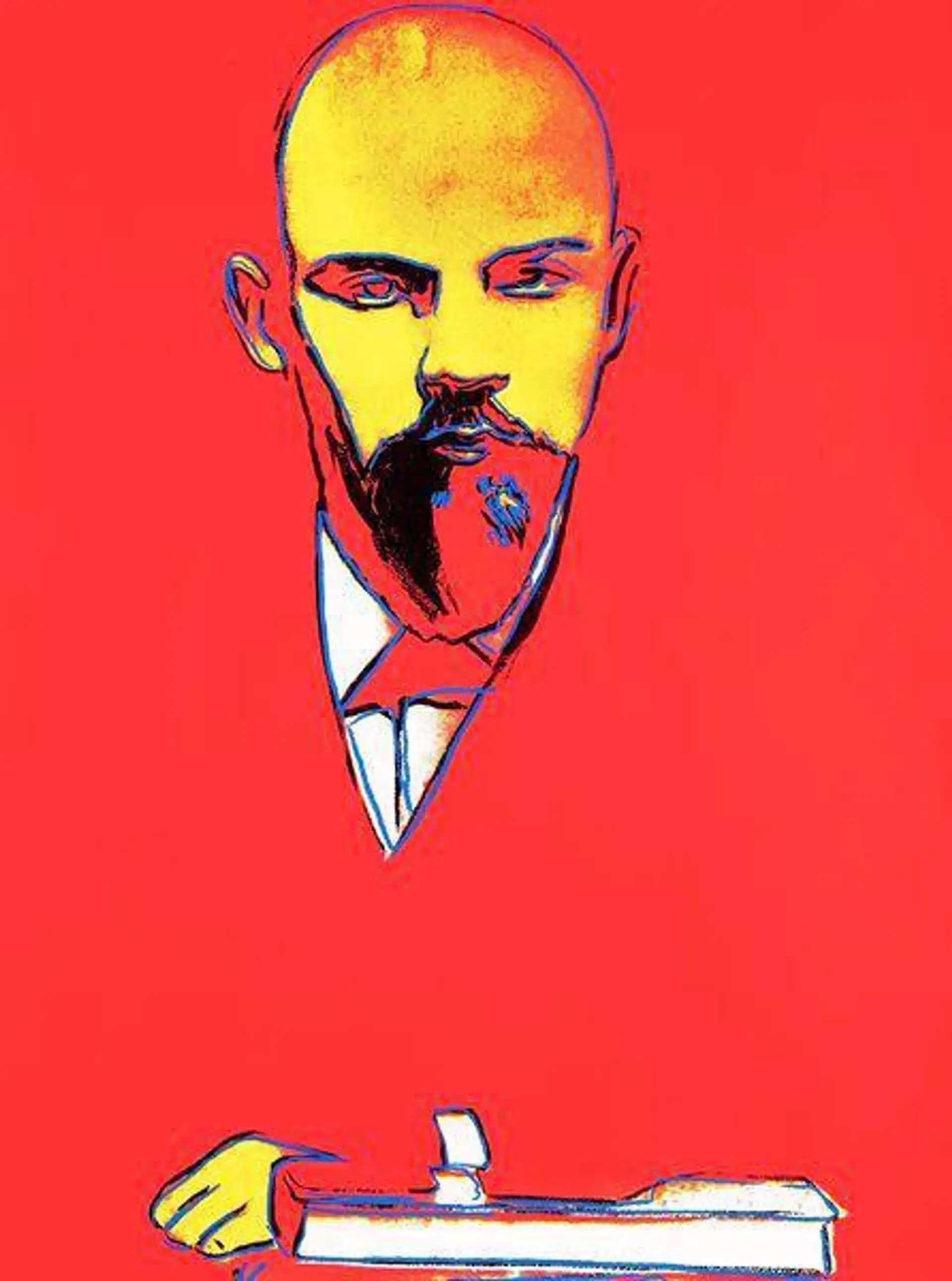 Characterised by his atypical use of negative space, Warhol's Lenin pictures the Russian Revolution leader in a menacing and fearful light. The Soviet revolutionary's head appears to float at the top of the composition, with his empty gaze drawing the viewer into his commanding portrait. In contrast to existing political posters depicting Lenin, Warhol focused primarily on his portrait, creating a more psychologically penetrative vision of the political leader.

The series was created shortly before the dissolution of the Soviet Union. 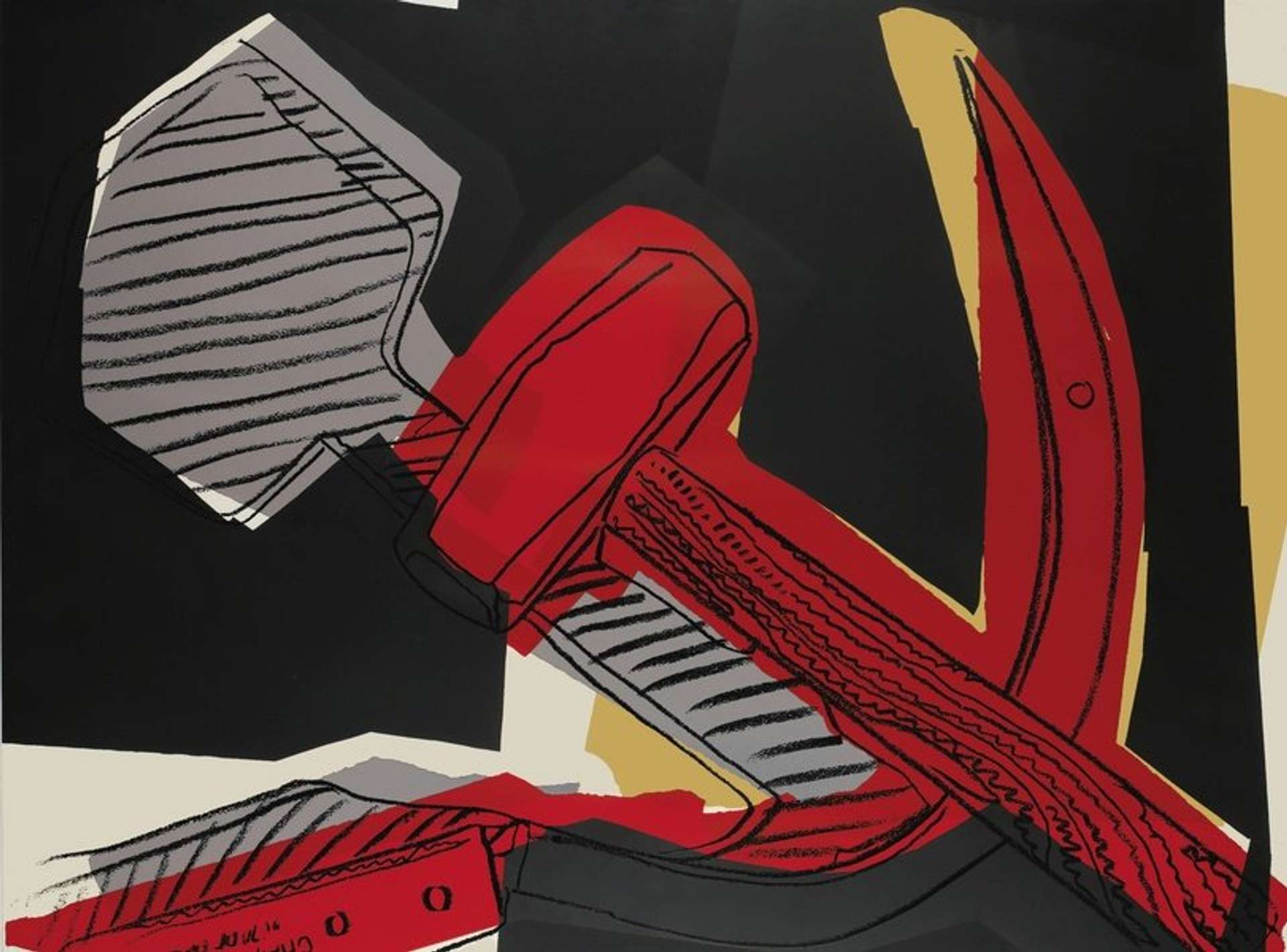 Warhol created his Lenin series during Mikhail Gorbachev's leadership of the Soviet Union. Gorbachev was to be the last leader of the Soviet Union, and engaged in meetings with President Ronald Reagan to ease the Cold War and nuclear threat. Warhol's eerie prints of Lenin therefore appeared all the more ghostly, harking back to the Soviet Union's heyday shortly before its demise. 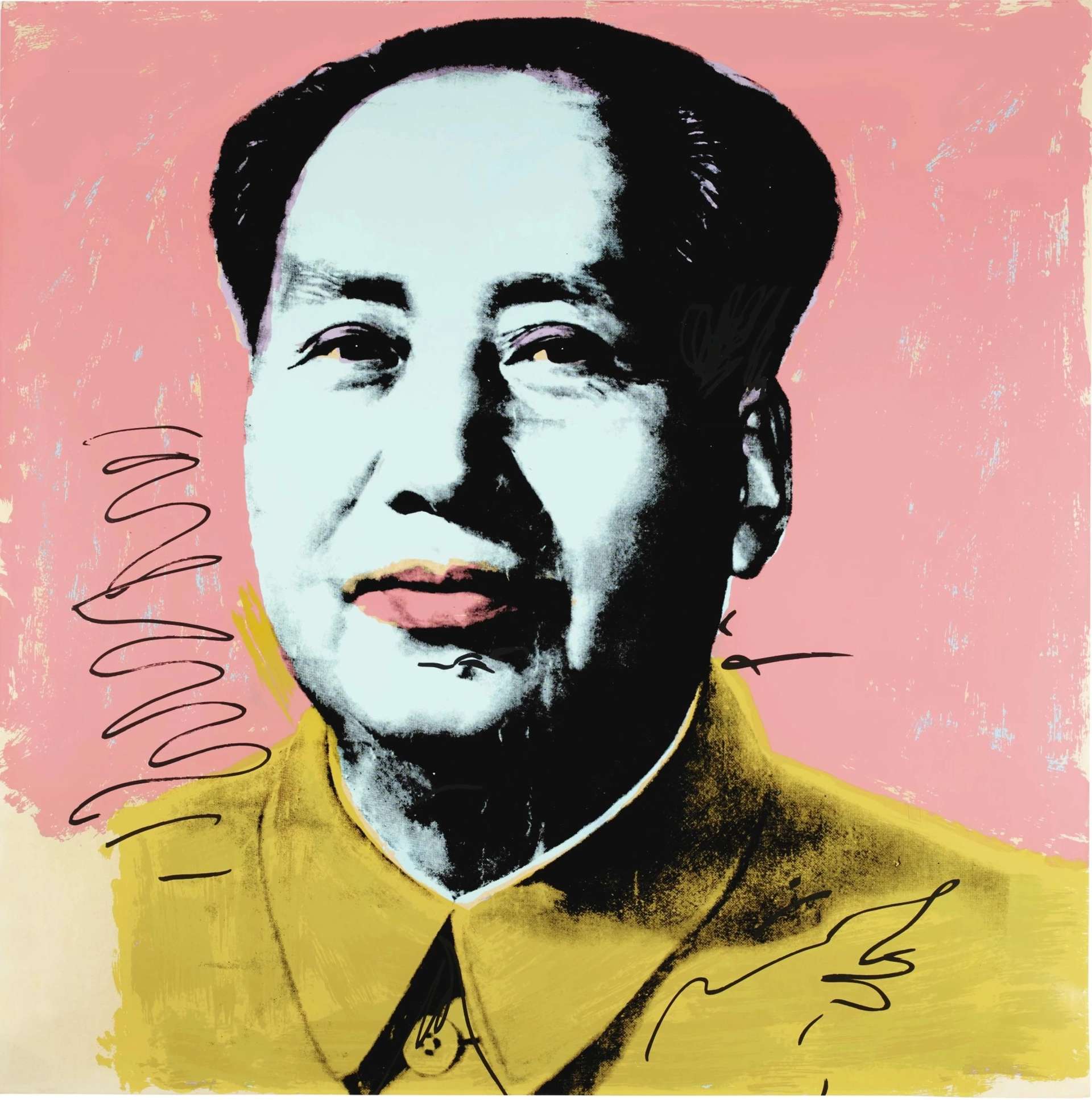 Though Warhol began his celebrity portraiture with Marilyn Monroe and other whimsical depictions of fame and excess, he sometimes turned his attention towards infamous political leaders. Prior to his Lenin series, Warhol also depicted Chairman Mao and also documented the assassination of President John F. Kennedy, as well as his widow Jackie Kennedy.

The series was created shortly before Warhol's death. 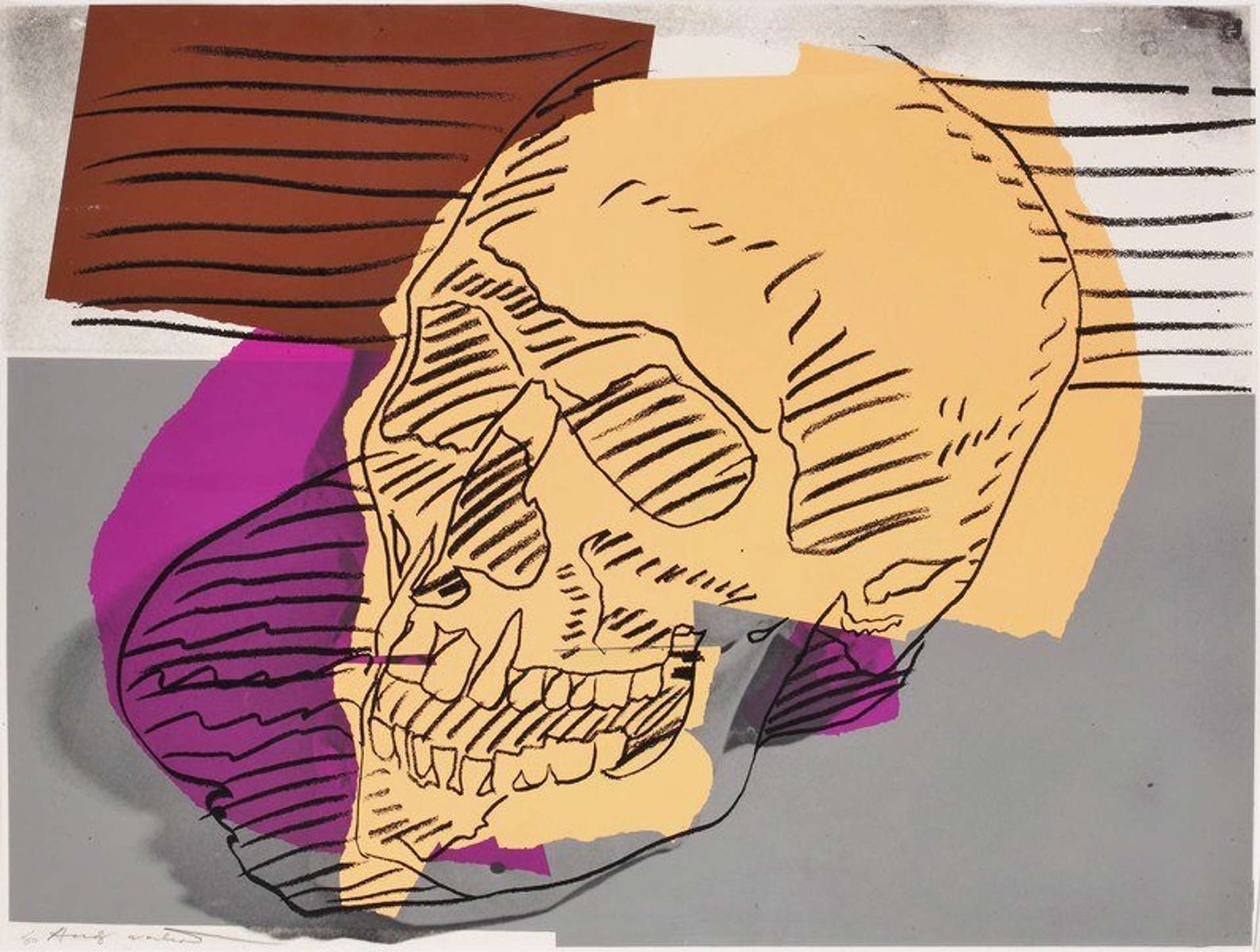 Created just months before his death, Lenin was one of the last print series ever created by Warhol. The series presents Warhol's mature style, characterised by a pared back approach to colour and mark-making, which heightened the drama of the portrait itself.

Like most of his celebrity portraits, Warhol highlights Lenin's most recognisable features in this series. 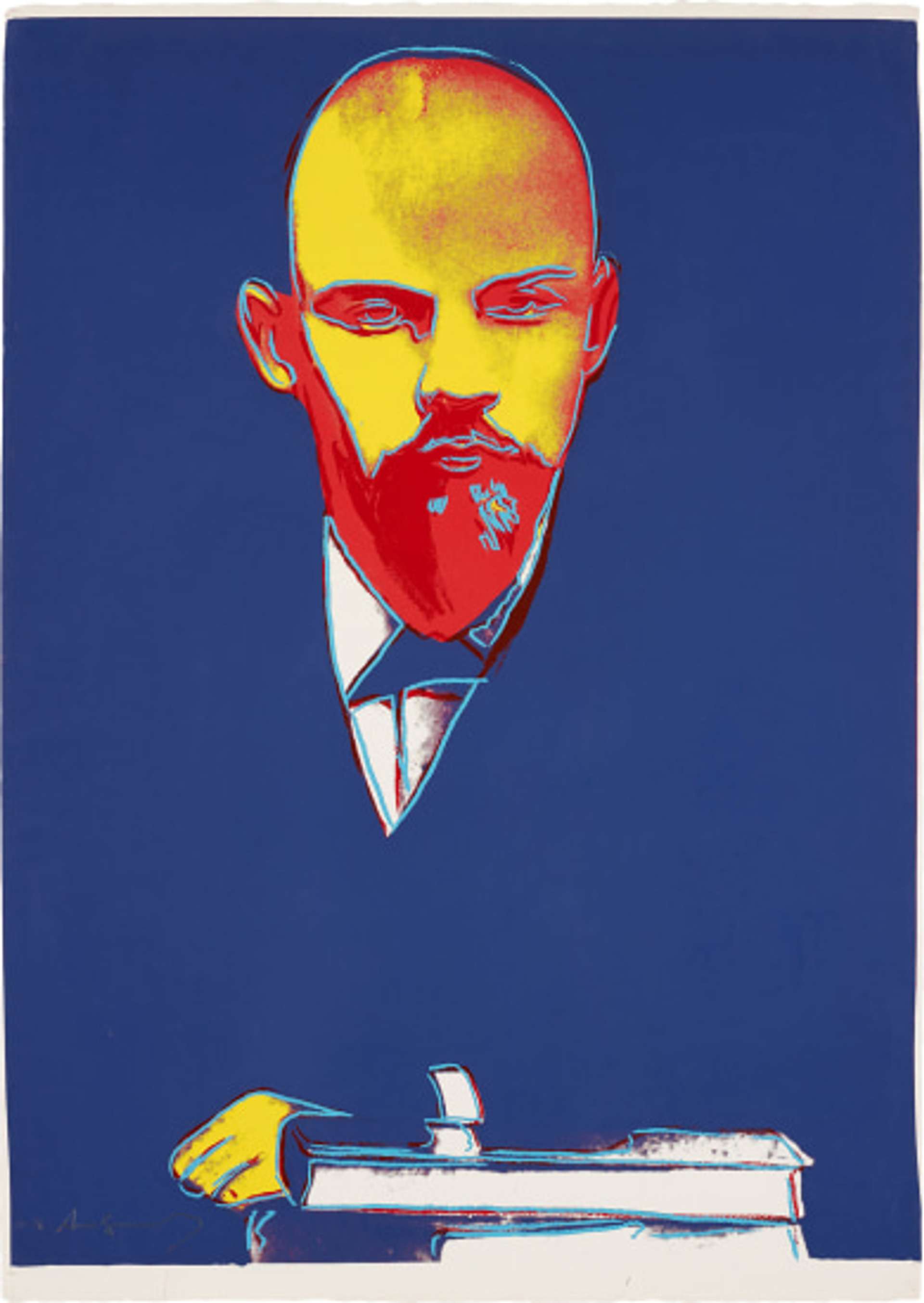 The series speaks to Warhol's obsession with celebrities and icons. 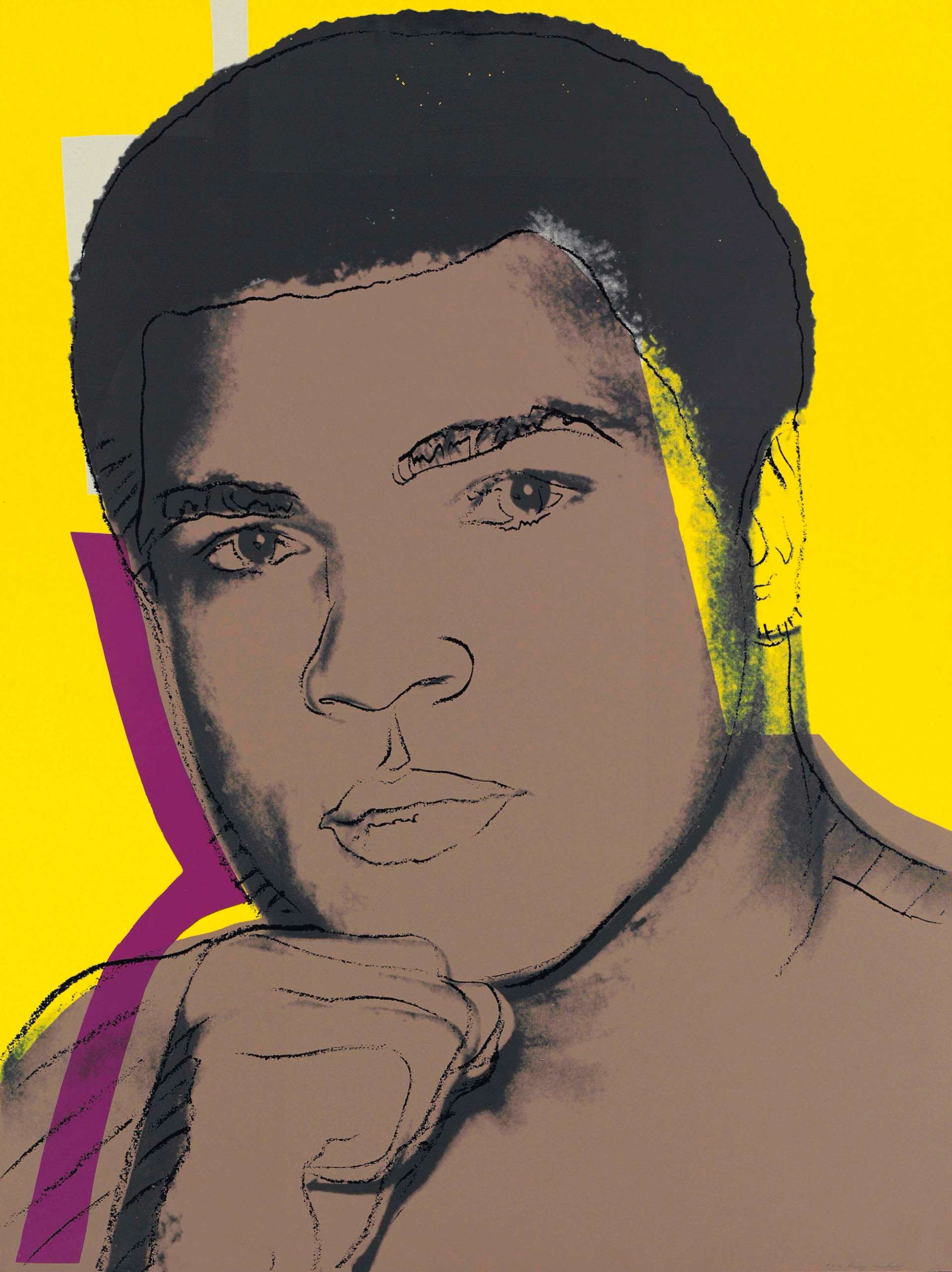 Throughout his reign as the ’Prince of Pop’, Warhol depicted some of the most iconic celebrities of his age. From Muhammad Ali to Mick Jagger, Warhol was obsessed with the cult of celebrity, and his Lenin series testifies to the wide scope of this fascination. 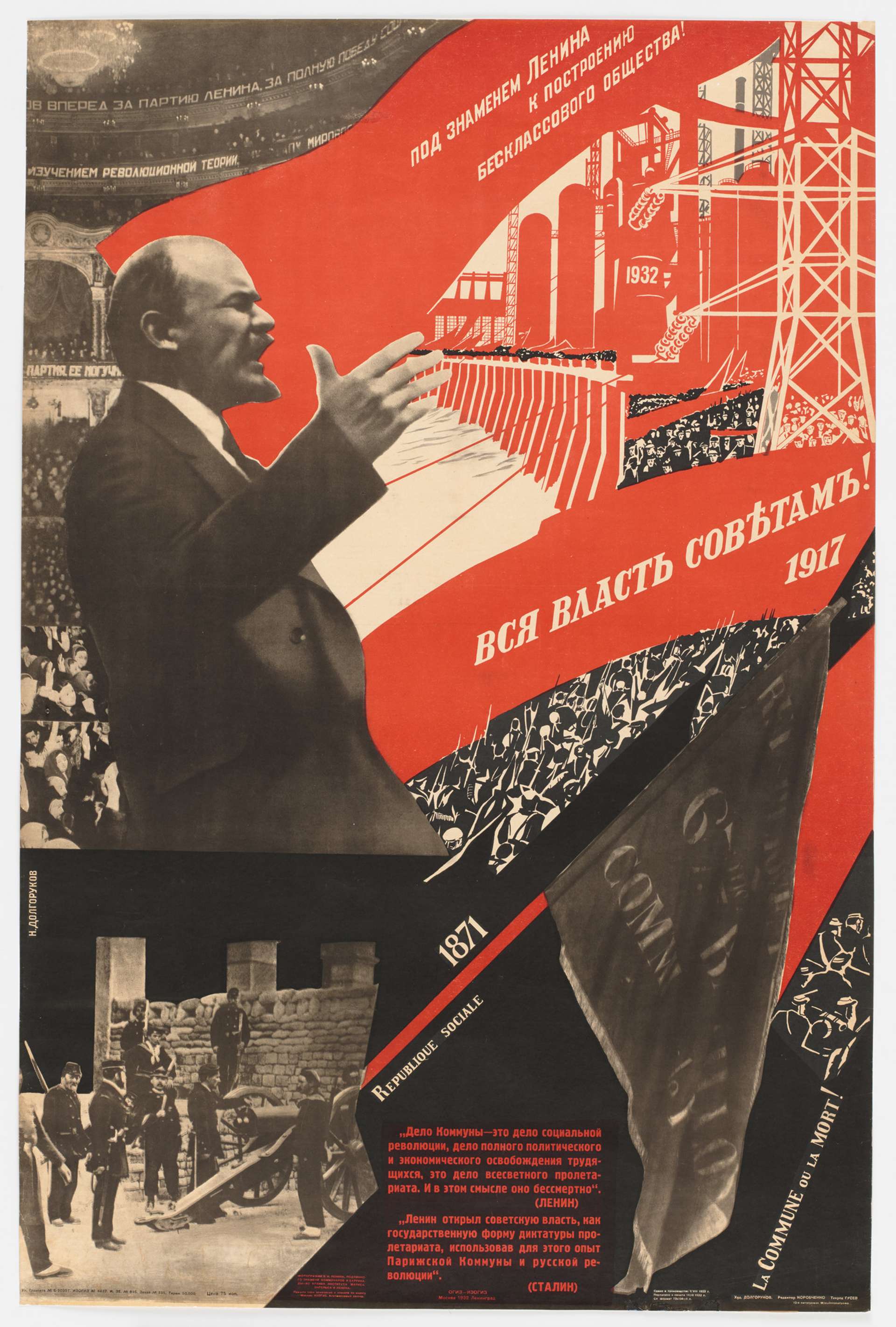 With his predominantly black and red colour palette, Warhol evoked the iconography of Soviet propaganda posters by the likes of Nikolai Dolgorukov, El Lissitzky, and Aleksandr Rodchenko. More than this, Warhol's method of screenprinting mirrored the reproduction of these political posters by the Soviet Union. Warhol's Pop Art reflects the very purpose of printing: to increase reproducibility and the wide dissemination of imagery, something which propelled the Soviet Union to authority. 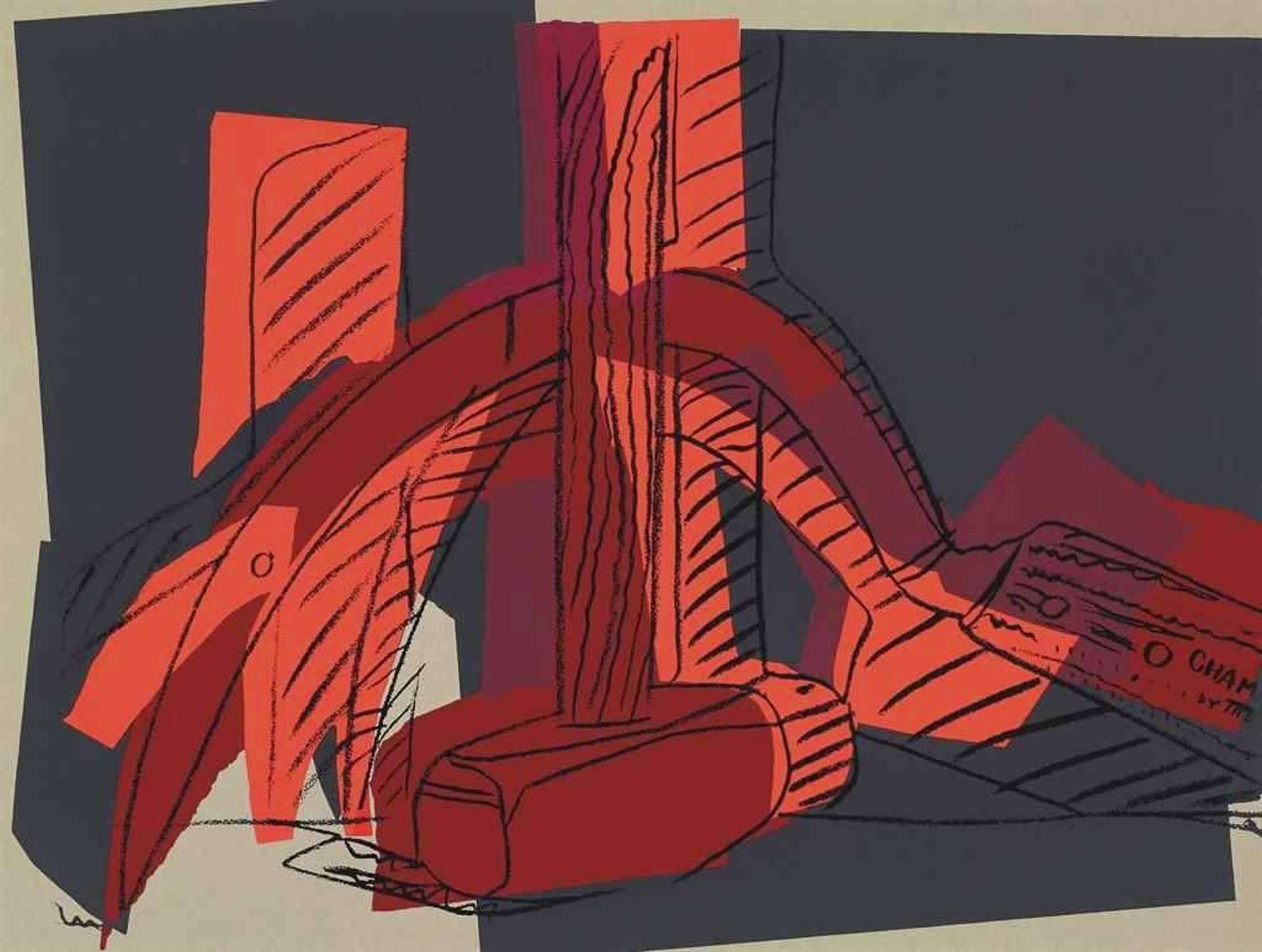 Warhol always avoided speaking about his own political leaning, and described himself as politically ’neutral’ or ’apolitical’. However, his Mao, Kennedy, Hammer And Sickle, and Lenin series all evidence that Warhol was a keen observer of politics, and depicted current affairs with a shrewd eye.

Though the majority of his Lenin's composition is a void of negative space, Warhol draws attention to the political leader's portrait and a book at the bottom of the work. With his hand leaning on this book, Warhol perhaps used the prop to convey Lenin's role as a political theorist as well as a leader.

The series presents perhaps the greatest antithesis to Warhol's ethos. 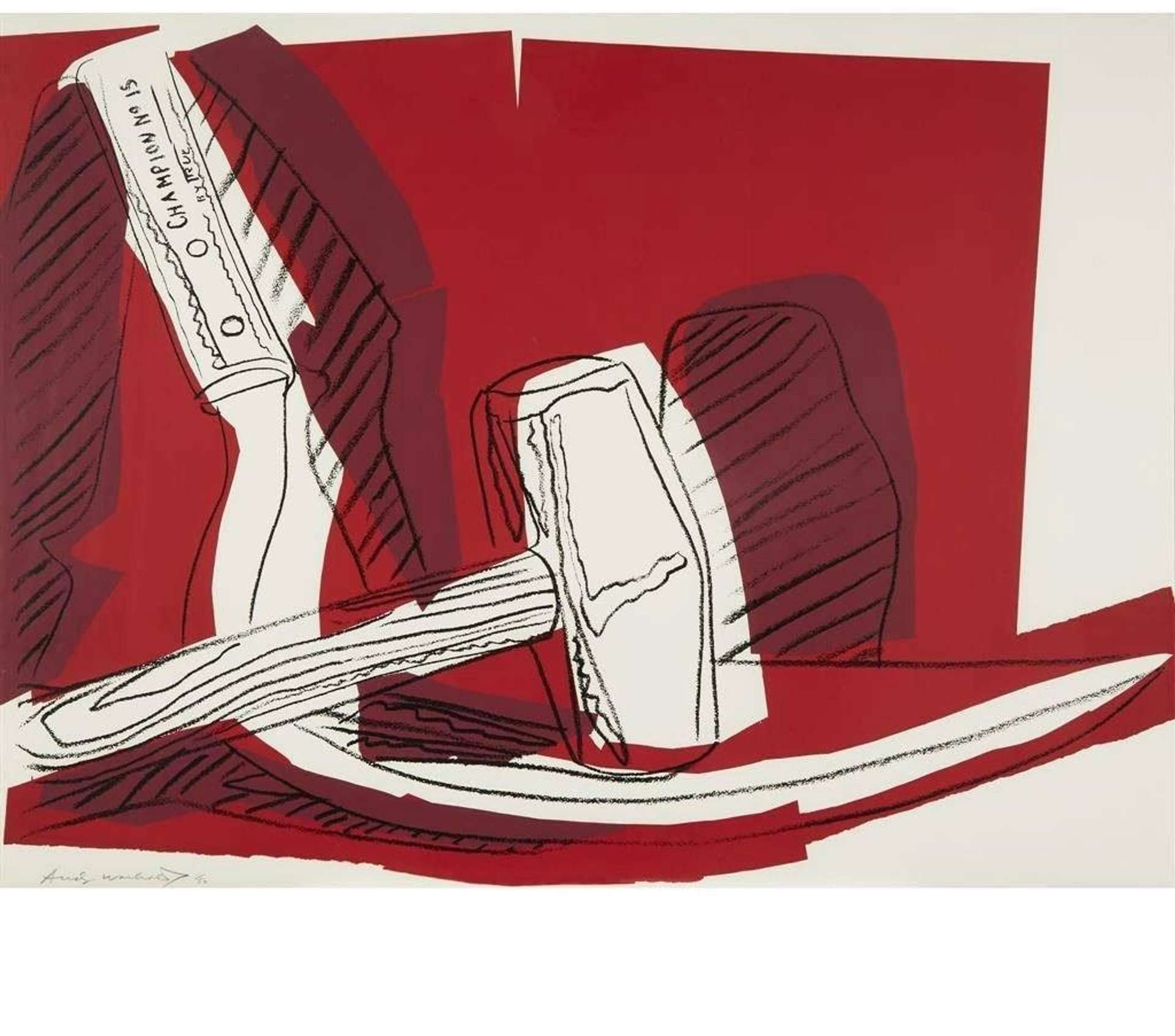 Warhol's Pop Art was founded on capitalism. Warhol depicted everyday products and imagery from mass media, with consumerism at the heart of his oeuvre. Much of his work was about fame, wealth, and excess, making Lenin and the Communist ideology the ultimate antithesis to everything Pop represented. 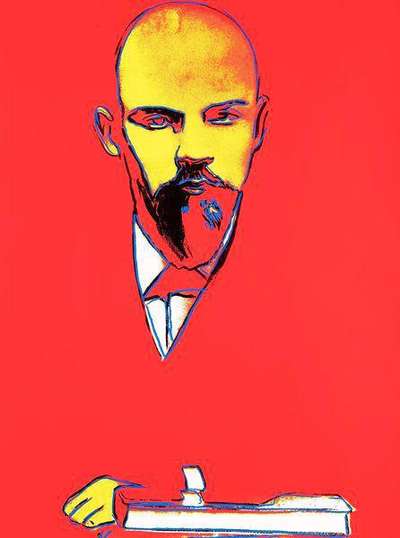 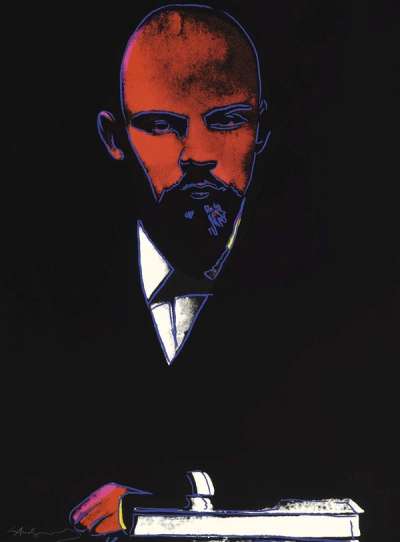 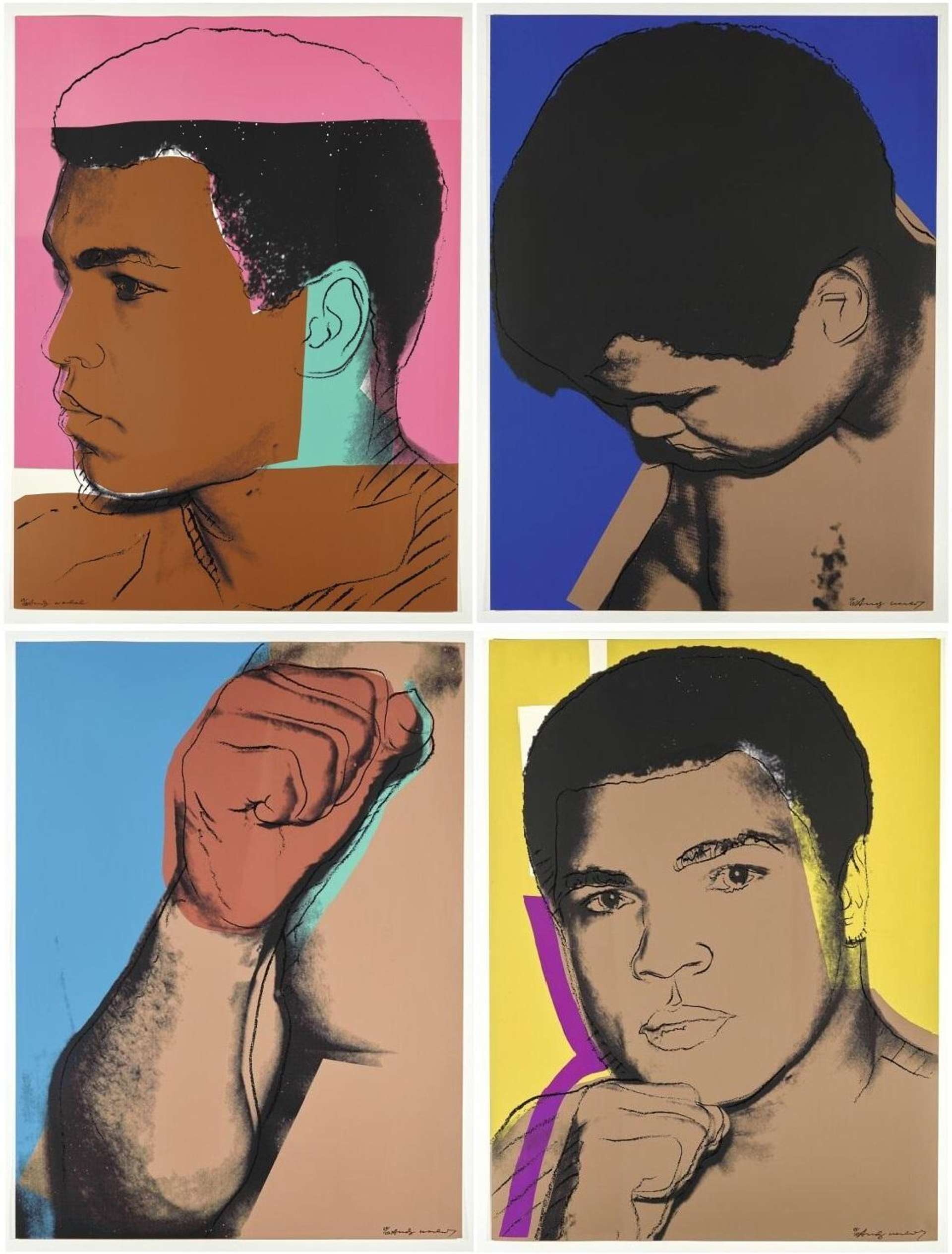 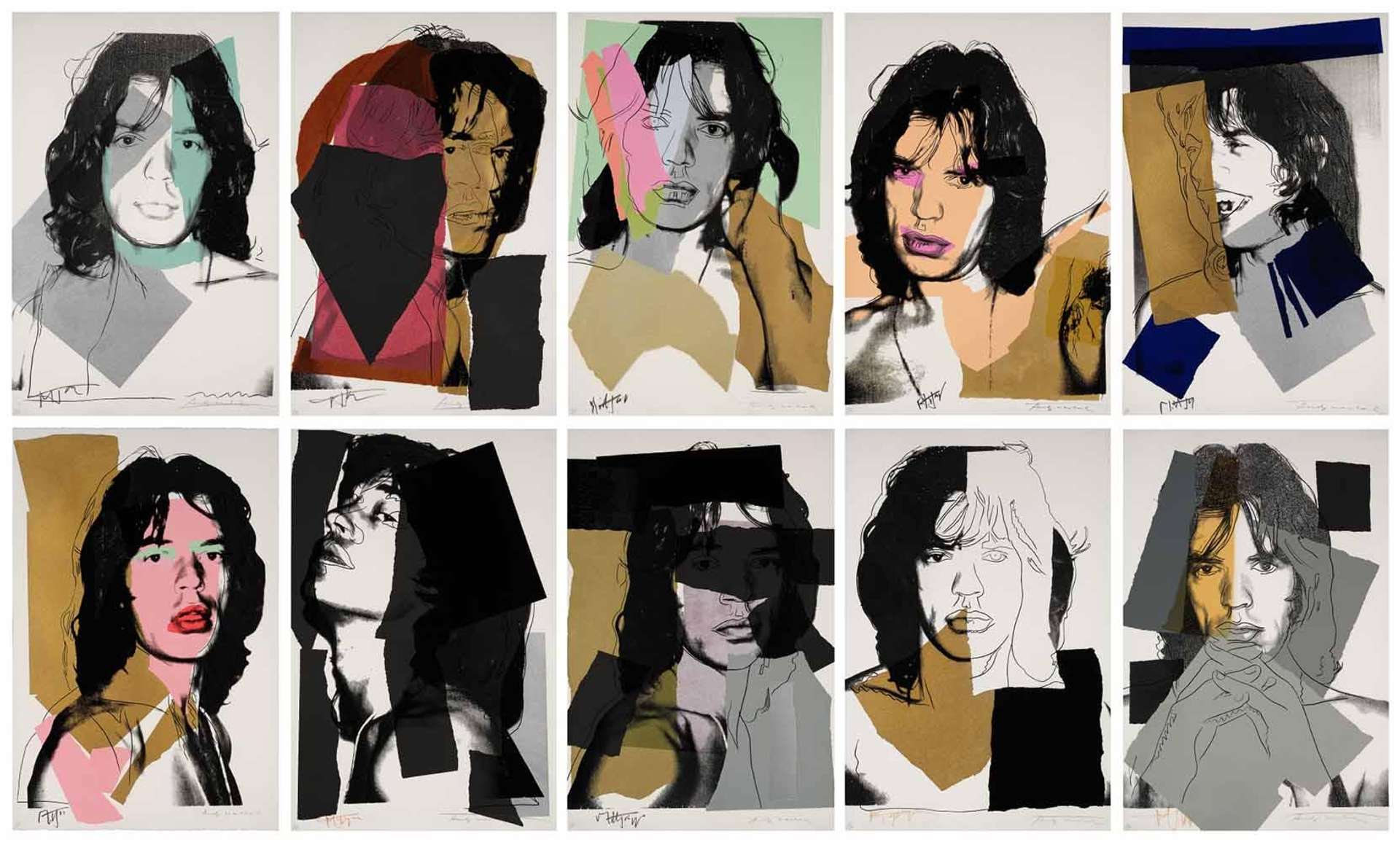 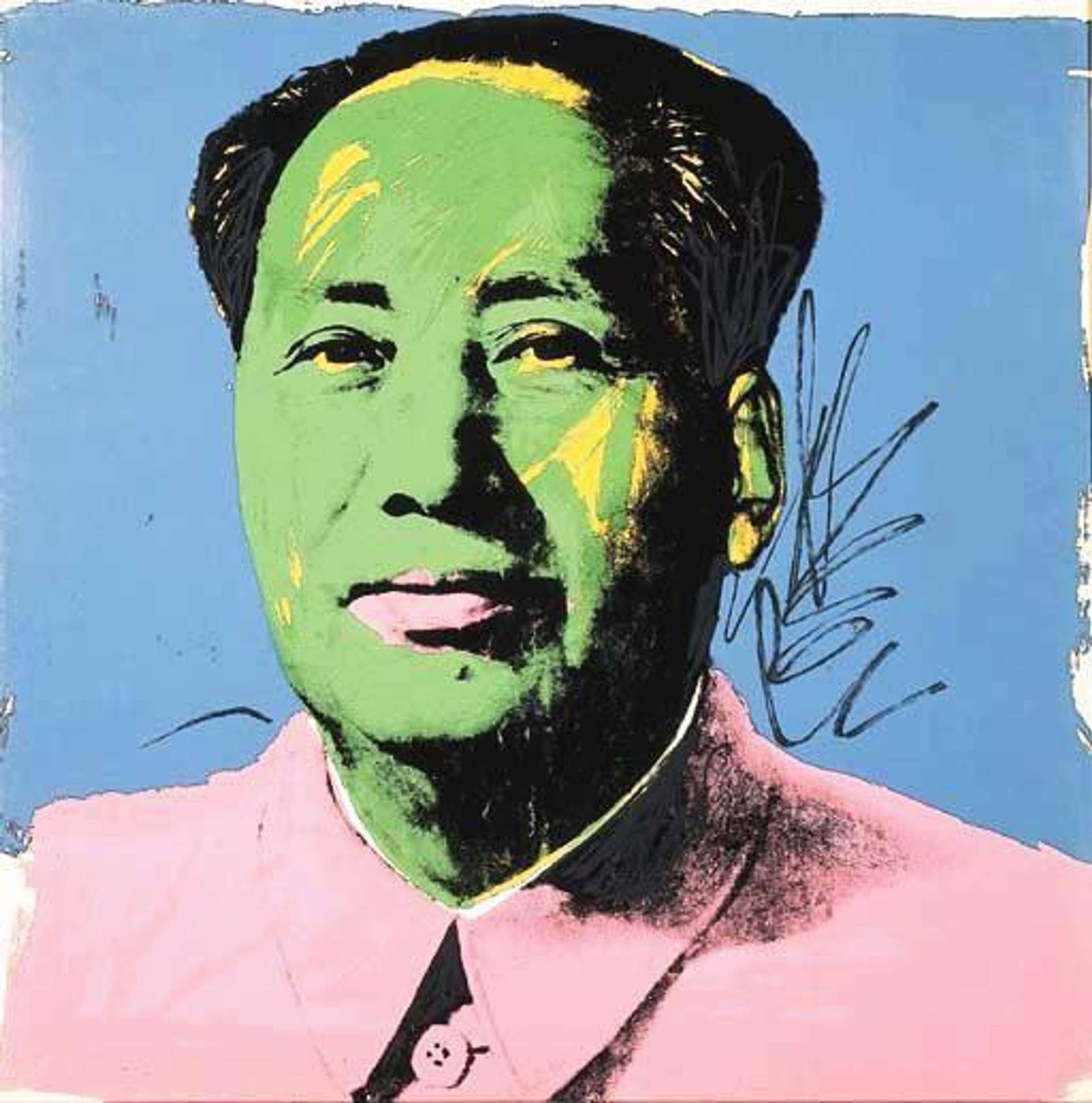 Andy Warhol's Mao prints are among his most recognisable, depicting the Chinese Communist leader in a range of saturated colour combinations. To learn more about this iconic series, see our 10 facts... 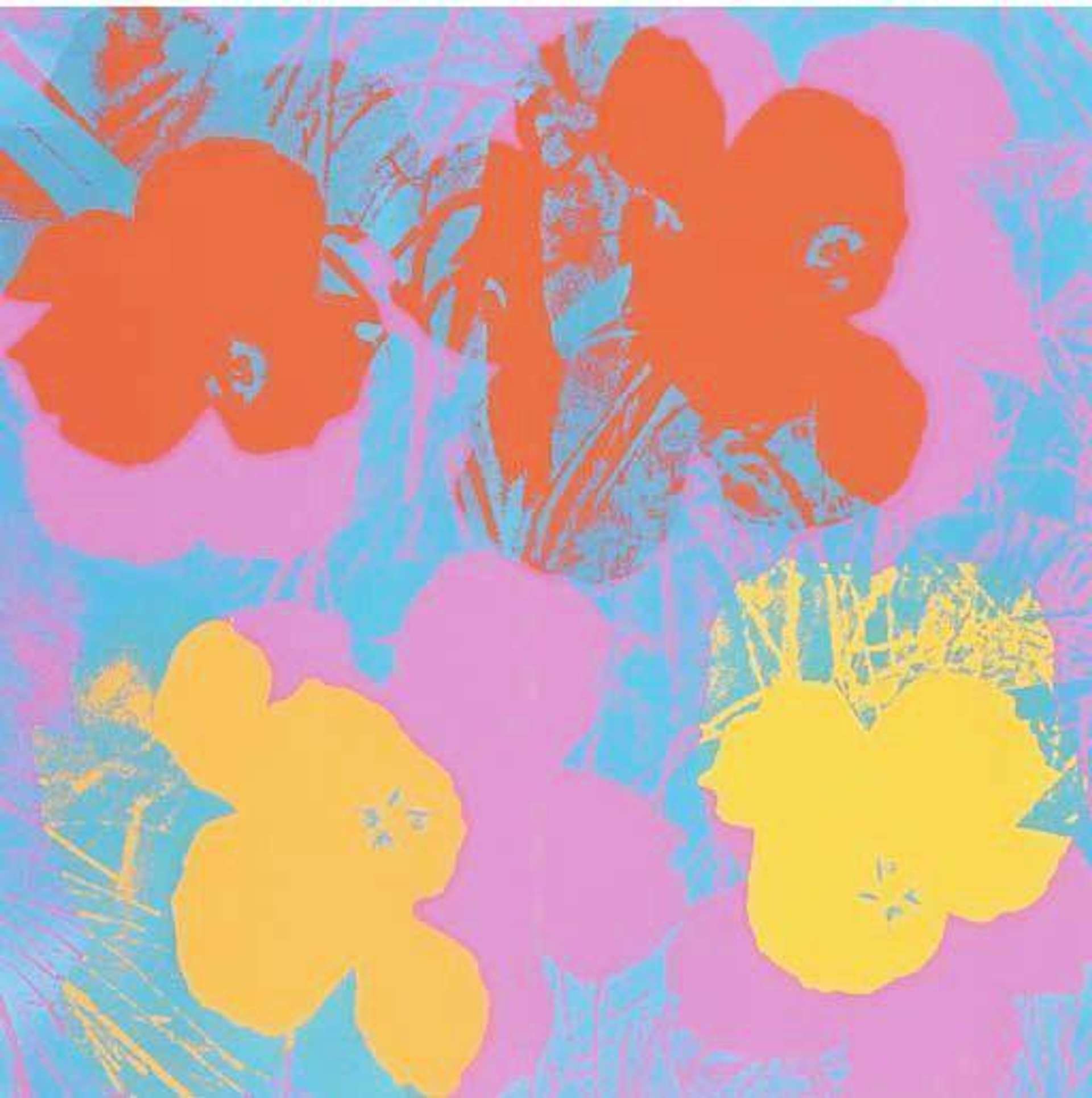 Artists have been producing print editions for many millennia, and these offer brilliant investment opportunities as well as their own rich art history, craftmanship, innovation and tradition. In this... 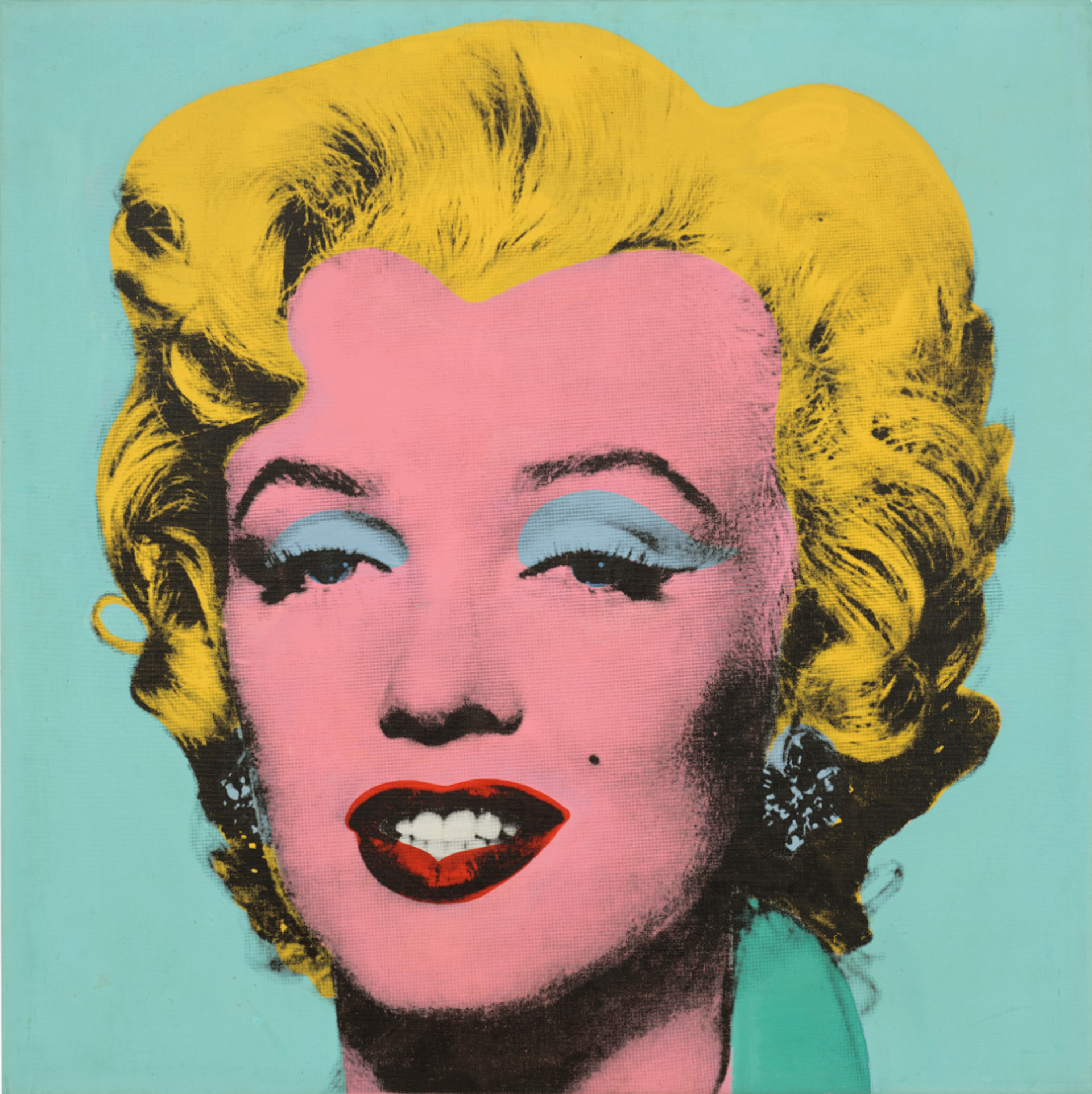 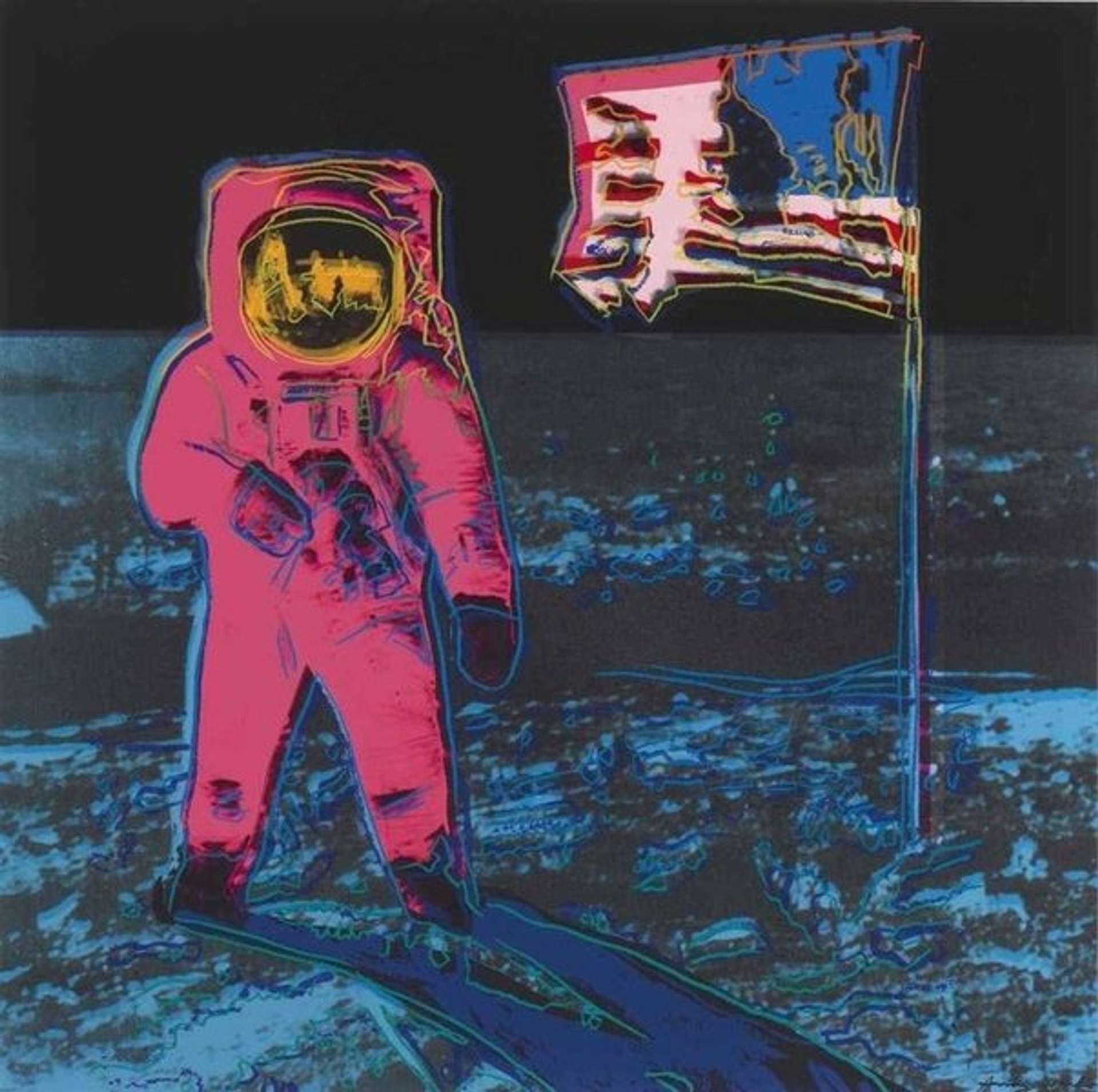 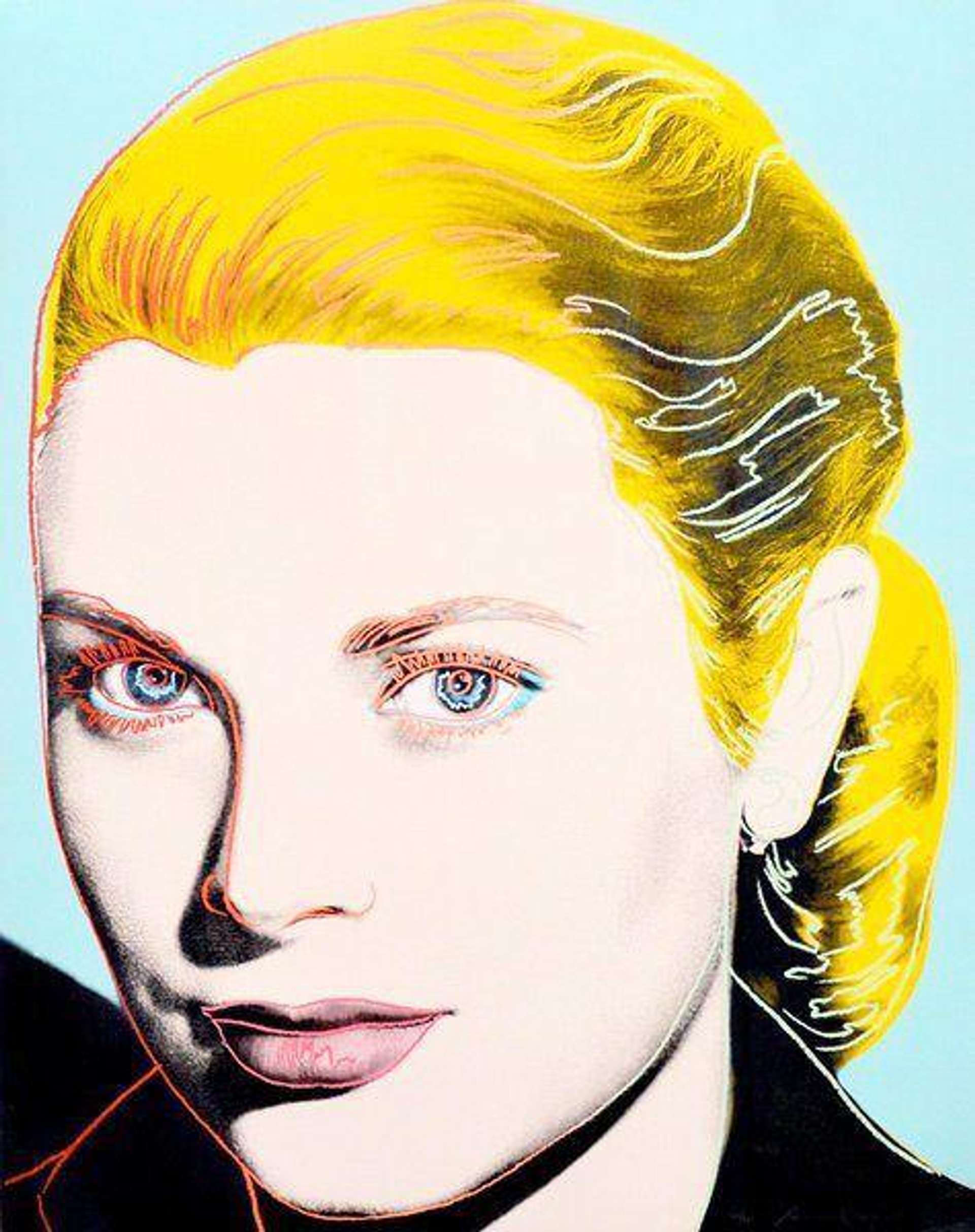