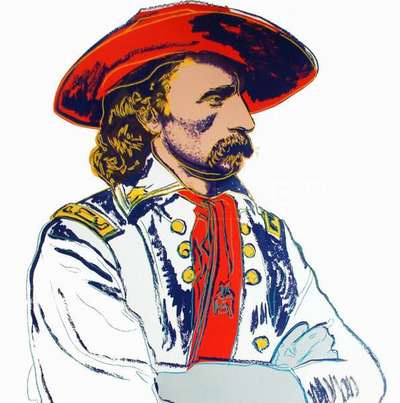 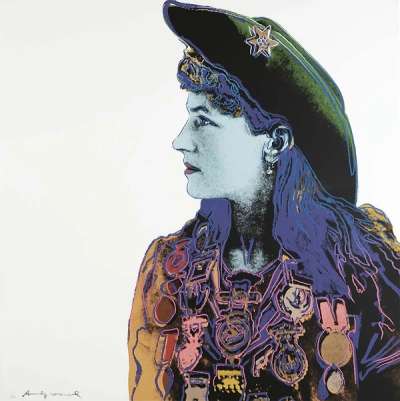 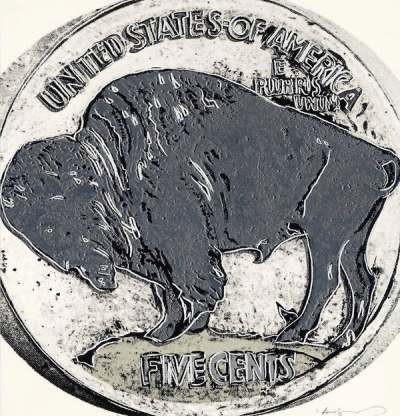 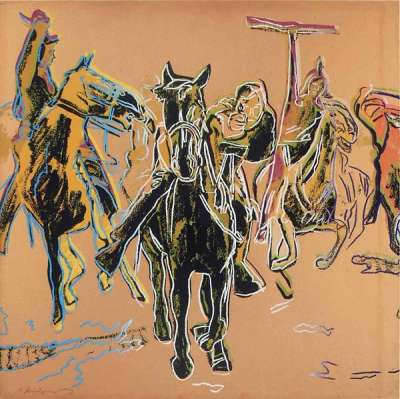 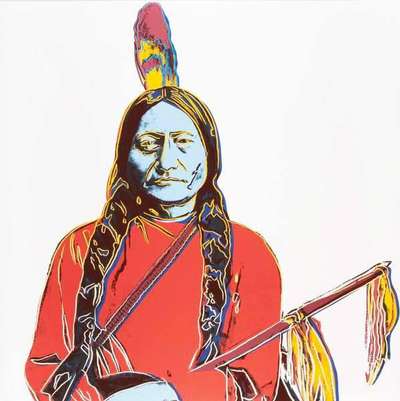 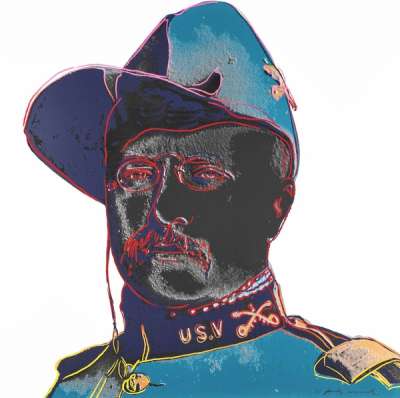 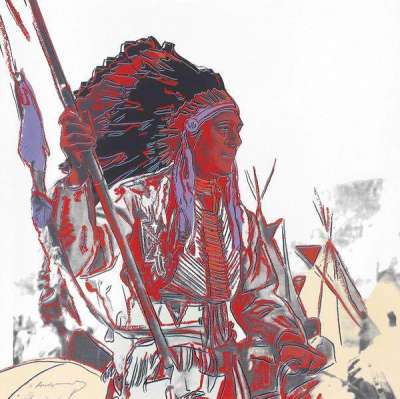 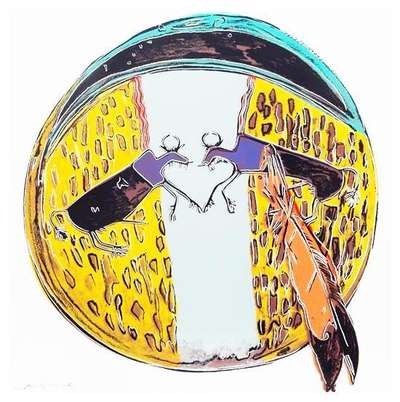 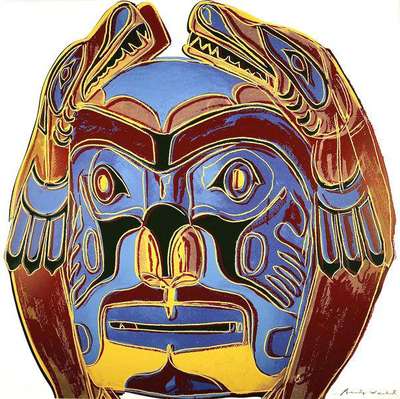 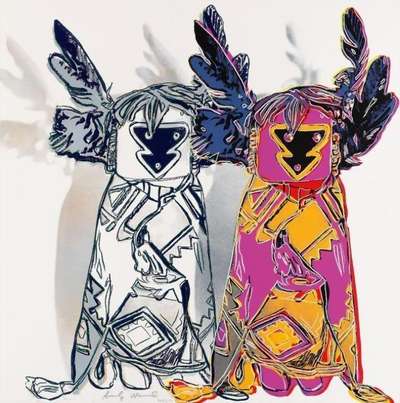 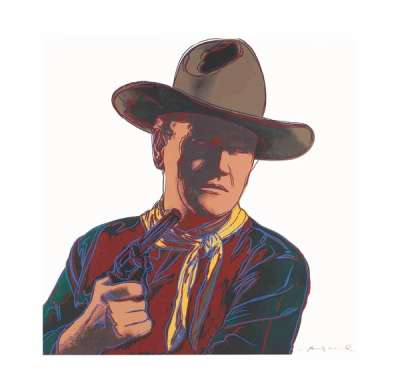 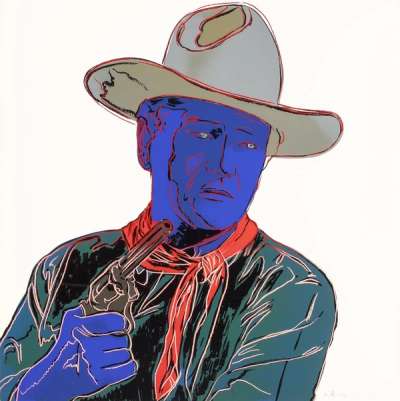 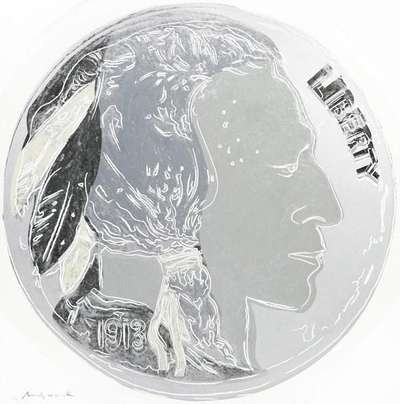 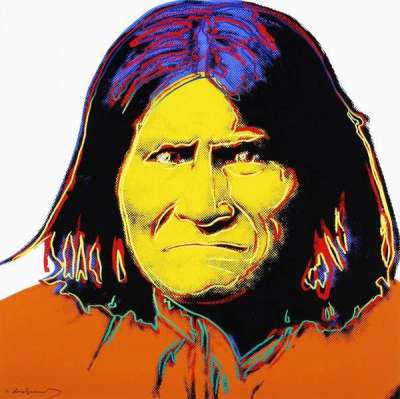 One of his last major works before his death in 1987, Warhol’s Cowboys and Indians series captures his long term fascination with film. The series is one of his last major works completed before he died in 1987. At this point in his life, Warhol was rubbing shoulders with other Pop Art visionary artists such asJean-Michel Basquiat, David Salle, Keith Haring and Julian Schnabel.

Growing up in Pittsburgh, Warhol was fascinated with the movies, particularly Westerns. Warhol even made two Western movies, Horse and Lonesome Cowboys, and constructed his Cowboys and Indians series which depicts the famed enemies from the genre. The series also stands as a commentary on the media through iconography and popular imagery as it touches upon themes such as exploitation, war, power and ownership while also challenging the traditional concept of what constitutes Western art.

The Cowboys and Indians portfolio is comprised of 10 screen prints on Lenox Museum Board which is numbered in a limited edition of 250 plus artist’s proofs, printer’s proofs, hors commerce (meaning ‘Not to sell’) and 10 in Roman numerals which are each signed and numbered in pencil. There is also an additional set of trial proofs which include a further four screen prints.

Warhol regularly produced prints looking at different ways of presenting the same image in a flattened, reductivist style. In Cowboys and Indians there are three variations on the same image which make up the portfolio with different colour and light combinations; playing with vibrancy in signature technicolour. The unique palette includes bold colour amalgamations, such as red, yellow and blue. The screen prints are accentuated by vibrant figures set against a white or pale background to emphasise the subjects and their expressions. Warhol uses a rainbow-coloured psychedelic gradient to outline. Each colour in the rainbow-coloured spectrum forming the outlines which were created by a separate screen print layers and are technically intensely intricate.

It was the first time that Warhol combined both portraiture and objects in one combined portfolio. He drew upon Native American artefacts and memorabilia with historical interest, portraying the influence of other less well known Native American icons such as Geronimo, all in juxtaposition to film, books and contemporary archetypal popular culture of the American West, which had been romanticised and interpreted by authors and film producers.

Included amongst the screen prints which depict Native Americans and their authentic emblems, such as Kachina dolls, a mask and a shield, are the famous actors John Wayne, Annie Oakley, Teddy Roosevelt and General George Custer dressed in their costume attire as their film characters exemplifying Warhol’s preoccupation with stardom. Through this project Warhol continues to look at the concept of ‘icon’ by contrasting through themes of notoriety and anonymity, authority and victimisation.