Diamond Dust Shoes is evidence of the influence Andy Warhol’s early career in advertising had on his artistic oeuvre. Returning to a series of drawings he drew in the late 40s and early 50s for Glamour, Vogue, Harper’s Bazaar and others, Warhol reflects on the tactics of advertisement by adding a layer of actual diamond dust to the surface of the series paintings. In this expensive move, Warhol offers a commentary on the glamour connoted by ultra-consumerist marketing, the extra ‘sparkle’ that entices buyers not only with the specific object, but also with the glamour of owning more. 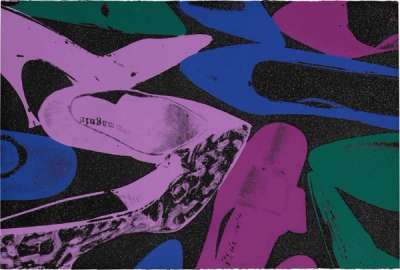 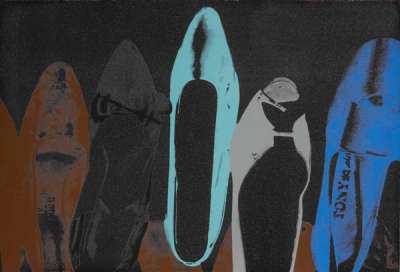 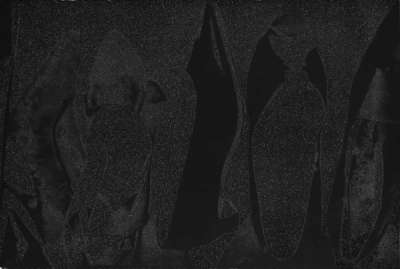 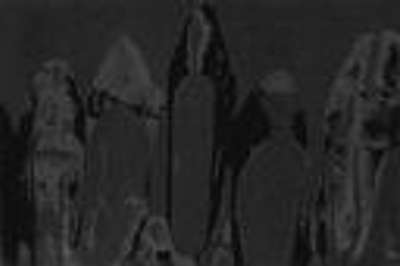 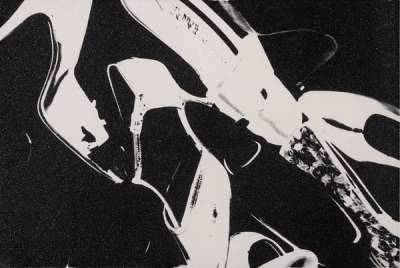 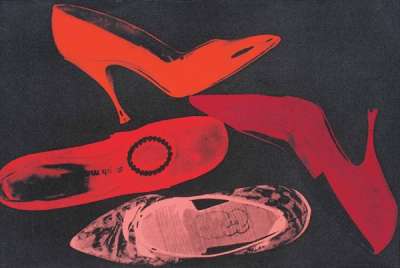 Join the only investment collectors' network dedicated to Prints & Editions

Diamond Dust Shoes is demonstrative of Warhol’s formative artistic years working in advertisement, drawing for Glamour, Vogue and Harper’s Bazaar. During his formative career he drew shoes for Glamour magazine, Vogue, Harper’s Bazaar and the I. Miller shoe company. These early images foreground Warhol’s draughtsmanship and innovative approach to colour and composition. His fashion and beauty magazine illustrations are celebrations of elegance and glamour. They also crucially demonstrate the artist embracing the power of the image in an era of growing consumerism, a concept that would become central to the Pop Art movement. In the 1980s, the artist returned to the subject of shoes when he was commissioned to produce images for fashion designer and friend, Roy Halston Frowick. Halston was a legendary figure, and the subject of a number of Warhol’s photographs and paintings. Warhol received a box of shoes and emptied the contents onto his studio floor. The artist took Polaroids of this spontaneous still life, and this formed the basis of the Diamond Dust Shoes paintings.

Diamond Dust Shoes is a stunning example of the artist’s late career ingenuity, in which he revisited his early subject matter. In 1979, he began the Retrospectives and Reversals series, reimagining subjects such as the Campbell’s Soup Cans and Electric Chairs. Warhol’s Diamond Dust Shoes continue the artist’s re-examination of his past work, yet, his chosen subject is recast in a distinctly late 20th century hue. Gone are the whimsical blotted line depictions of shoes, and in their place are clusters of shoes jostling for space, as if seen on a night club dance floor: doused in glitz and set against shadowy black backgrounds.

Why did Warhol use diamond dust? Ever the master of appropriation, Warhol borrowed the diamond dust method from Rupert Jasen Smith who, in 1977, Warhol named as his master printmaker and art director. Smith had been incorporating diamond dust particles into his work in order to enrich the surface of his paintings. The Diamond Dust Shoes series is the first body of work in which Warhol used the material in his screen printing process. After some experimentation with fine diamond dust powder, Smith sourced larger crystals of crushed glass for Warhol. The crystals are used to startling effect in the Diamond Dust Shoes paintings, maximising the reflective properties of the material and creating a relief surface. Conceptually the material carries connotations of glamour, luxury and expense. The material also references the milieu in which Warhol operated and the heady era of Studio 54, celebrity, disco and American consumerism.

Warhol elevates a simple consumer product, turning it into a portrait of beauty and glamour. Fascinatingly, the artist’s Diamond Dust Shoes can also be seen to canonise a subject that is central to Warhol’s identity and trajectory as an artist. It is interesting to note that in 1956 Warhol sent a shoe drawing, simply entitled Shoe, to the Museum of Modern Art in New York as a gift. The museum rejected the piece and requested the artist collect the drawing at his convenience.

Created in 1980, the Diamond Dust Shoes series shows Warhol returning to the subject that began his journey from successful commercial artist to globally renowned art superstar. 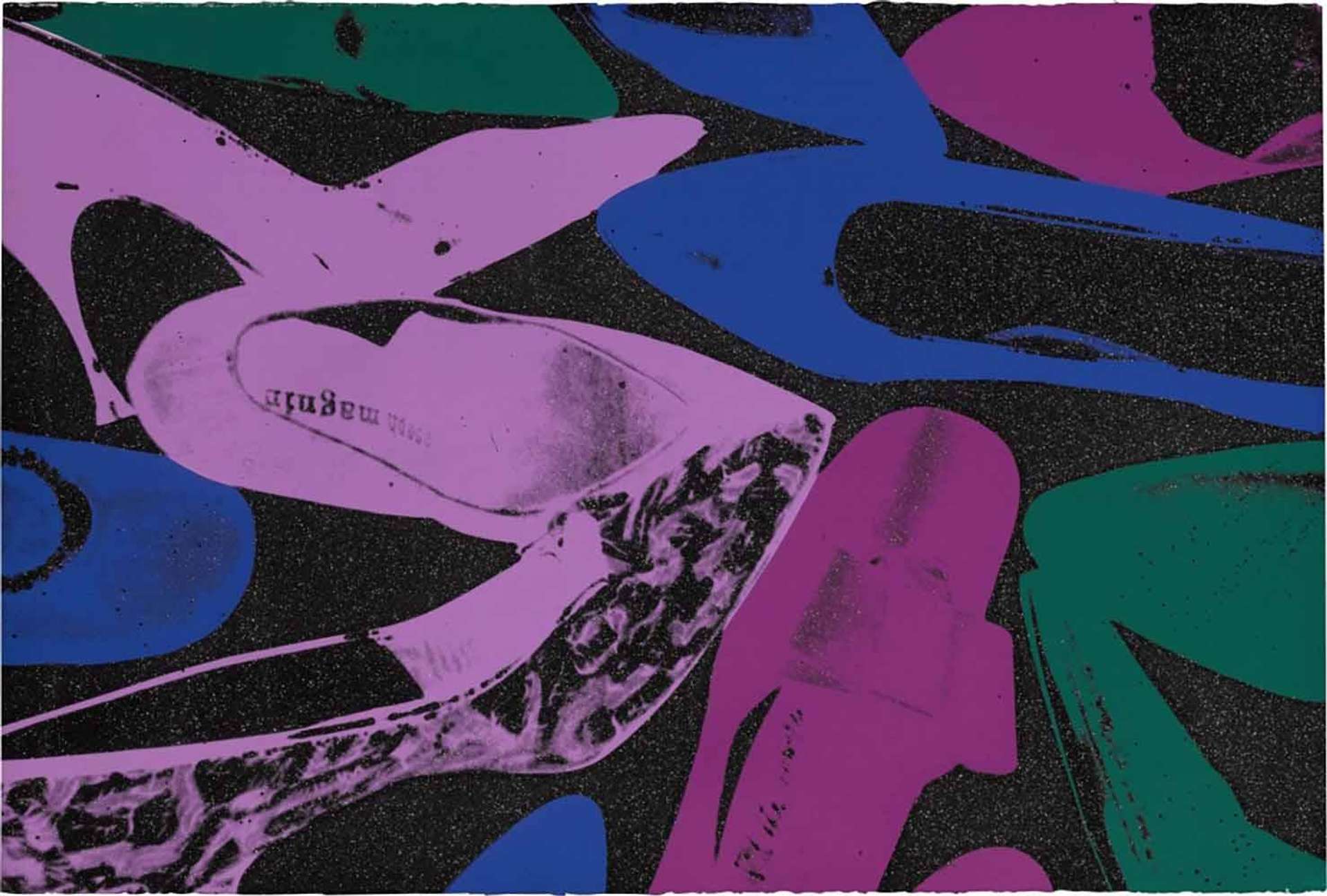 1. The series was created as an ad campaign for Warhol's friend and fashion designer Roy Halston Frowick.

Warhol's Diamond Dust Shoes was the result of a commission from his friend and acclaimed fashion designer, Roy Halston Frowick, also known as 'Halston'. Throughout his career, Warhol captured Halston's portrait, signifying the close relationship between the pair. Diamond Dust Shoes is just one instance in which the fashion designer and the artist inspired one another. 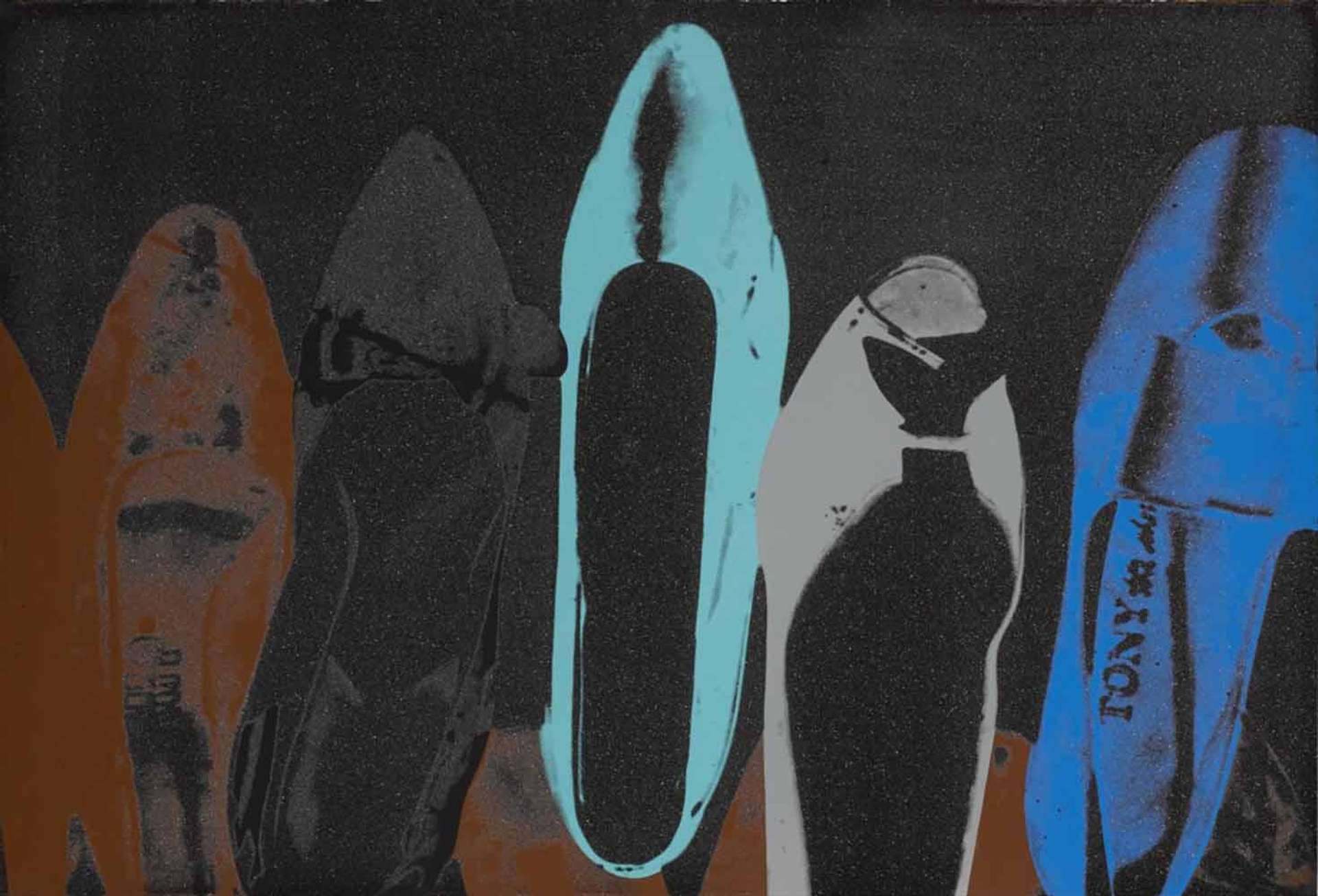 Made in collaboration with Warhol's master print maker, Rupert Jasen Smith, Diamond Dust Shoes incorporated real diamond dust particles in the printing process - hence the name of this extravagant series. This was the first time Warhol had printed with this method, and gave the prints a relief surface with reflective properties. Not only did this printing method give the shoes a three-dimensional appeal, but it also added to the luxe materiality of the designer footwear. 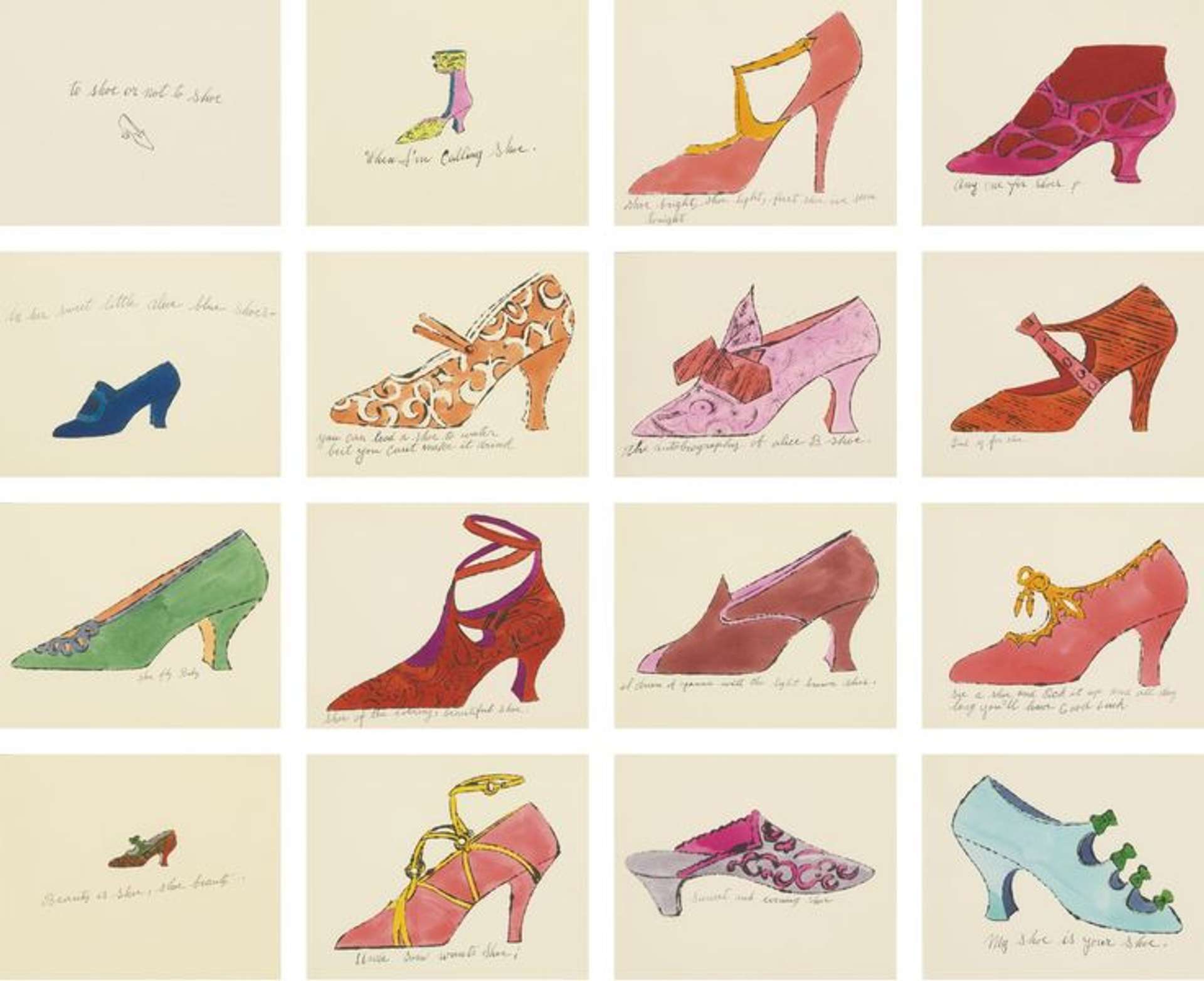 Shoes are a recurring motif in the oeuvre of Andy Warhol. His series La Recherche Du Shoe Perdu, executed in 1955, is an example of Warhol's fascination with the subject of women's footwear in his formative years as an artist. In the same year, Warhol began work with the I. Miller shoe company, and produced weekly shoe drawings for the relaunch of the company, conveying the distinct personality of each heeled shoe. 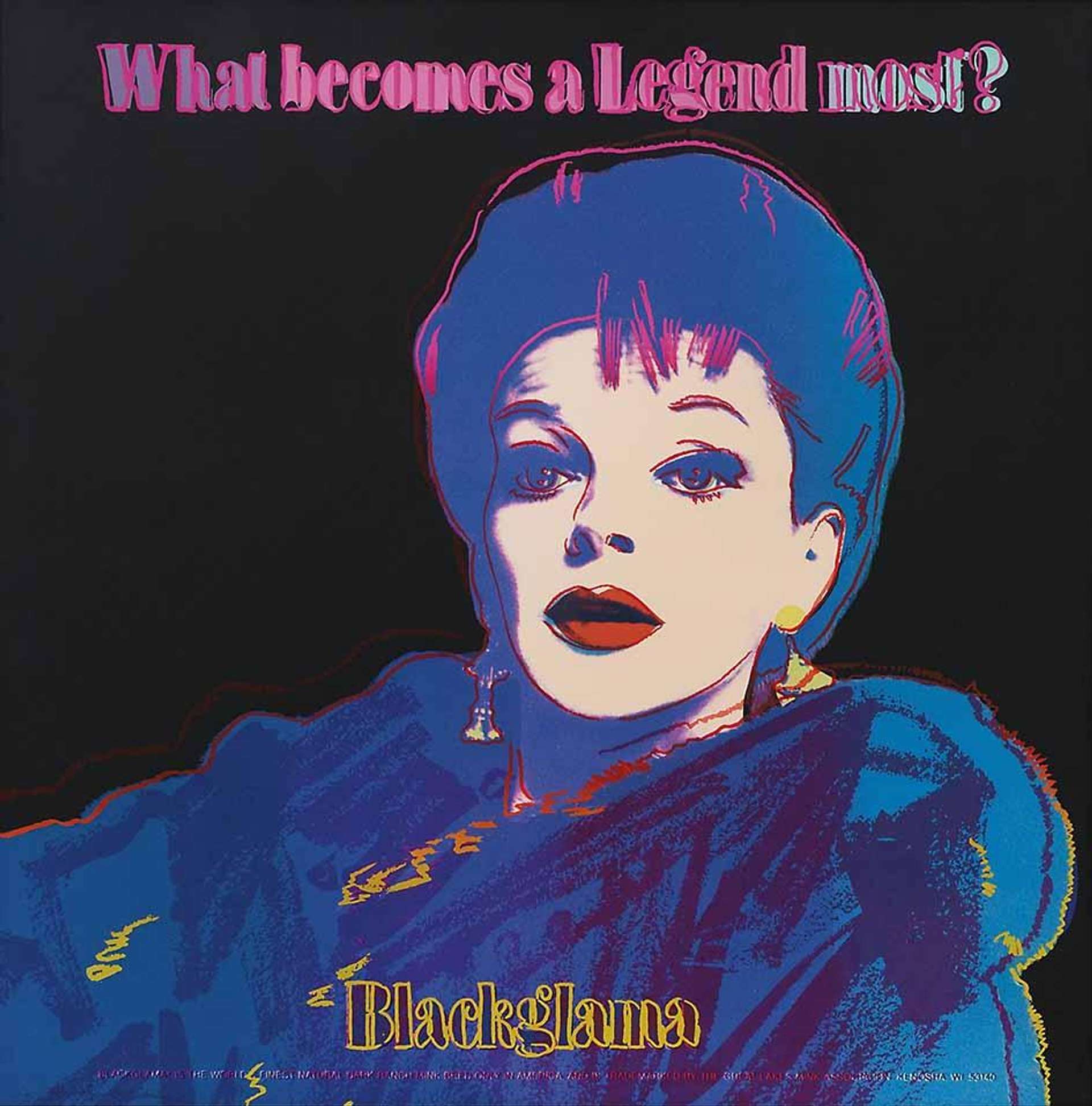