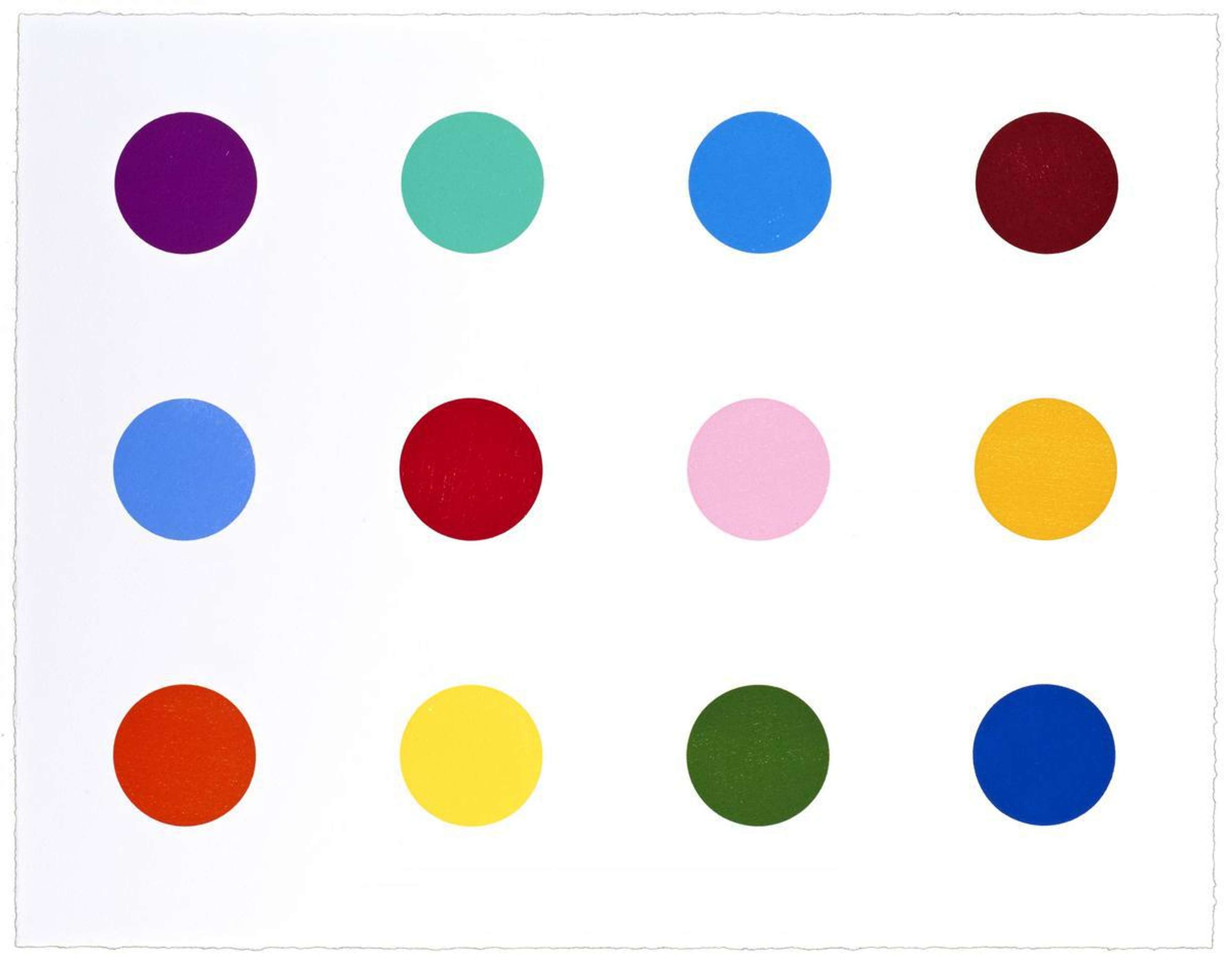 Isovanillin is a woodcut print from Damien Hirst’s 40 Woodcut Spots series from 2011. The print shows various coloured spots arranged methodically into three rows of four. Each spot is a different colour and every print in the series represents a unique set of colour combinations.

When Hirst’s first spot paintings appeared in the Freeze exhibition of 1988, this marked a turning point in the artist’s career where he began to employ assistants to create the spot paintings. As artificial as the chemicals and drugs that the titles take their inspiration from, the spot paintings appear to have been produced mechanically and without human intervention. Despite their deceiving simplicity, these works are laborious and painstaking to produce.

Fascinated by intuitive colour choice from his days at Goldsmiths, Hirst claims that the spot paintings have removed any problems he previously had with colour, allowing him to present a perfect arrangement of colour that is never repeated. Hirst explains that, “mathematically, with the spot paintings, I probably discovered the most fundamentally important thing in any kind of art. Which is the harmony of where colour can exist on its own, interacting with other colours in a perfect format.”