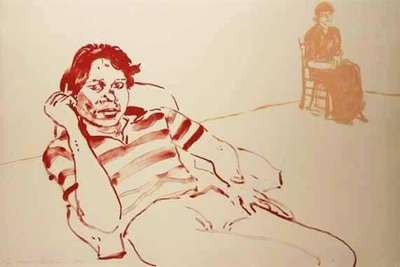 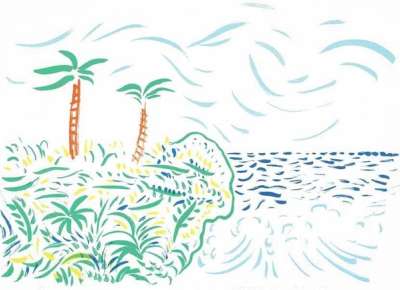 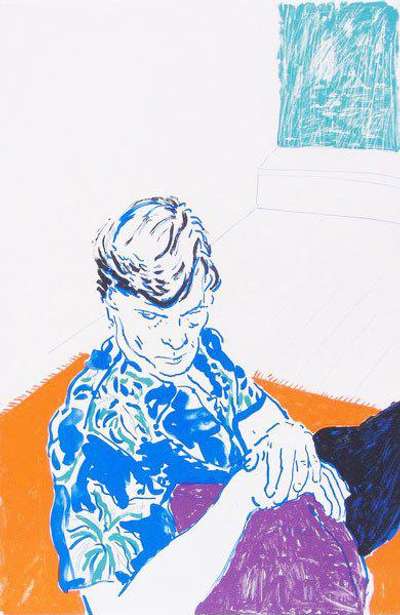 A loose, painterly series of Lithographs, Hockney’s Tyler Graphics 1979 Portfolio show him looking towards an almost-fauvist style After almost two decades of experimenting with various techniques he had found ways to bring his unique style and aesthetic into the medium of print and the Tyler Graphics 1979 Portfolio sees him pushing this further with a series of lithographs that evoke his painterly – almost Fauvist – style. Here we see him return to the subject of his friends, which he had explored in a 1976 portfolio, using them as models for portraits that are characterised by their intimacy and tenderness. Recurring characters such asHenry Geldzahler, Ann Upton and Joe Macdonald feature prominently along with other figures such as David Harte and a young boy named Byron.

The prints are characterised by their loose, inky style that suggests a great freedom of expression. They seem to reference both Matisse, with the strong presence of red and blue, and Toulouse Lautrec, who was an early pioneer of using lithography to create a paint-like effect. Most of the figures are shown lounging in chairs and, as with any other of his series of portraits, here the interiors, though sparse, are almost as important as the subject, creating an anchor that holds the composition together and allows Hockney to demonstrate his talent for perspective and texture.

Lithography was not a natural fit for Hockney at first; he initially preferred etching as it allowed him to work alone, resulting in quicker production times and arguably more spontaneous images, without the help of a master printer. However he soon warmed to the medium when he tried it in the mid-70s and adopted the method of drawing with a brush dipped in tusche (diluted lithographic ink) which allowed him to work more freely. Speaking in 1980 about his unfailing enthusiasm for learning new techniques, the artist stated, “I love new mediums … I think mediums can turn you on, they can excite you: they always let you do something in a different way”.