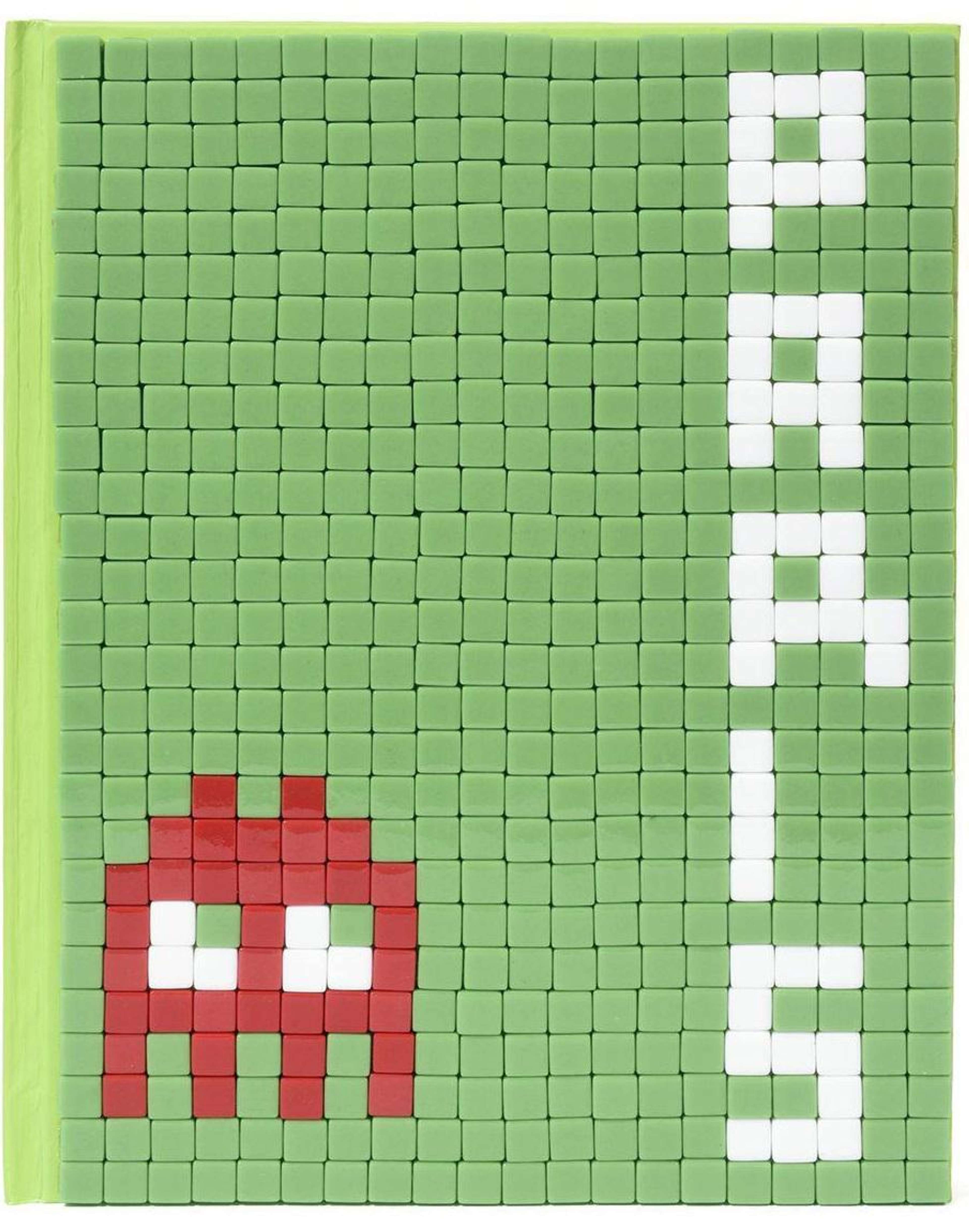 Invasion Book 1 Paris is a mixed media artwork made by the renowned French artist Invader. Coming in a limited edition size of 50 Invader has published a book with a micro-mosaic tile cover. On the cover made out of lime green tiles, Invader renders an alien from the popular arcade game, Space Invaders, in red. The alien’s eyes are green and match the colour of the book colour. To the right hand side of the cover, ‘Paris’ is written vertically in white capital letters.

Invasion Book 1 Paris was written by Invader to accompany his ground-breaking project, the Space Invaders project, which has come to be regarded as one of the most elaborate street art stunts in art history. The project, which Invader started in 1998, involves the artist travelling to cities all over the world and installing mosaics of aliens from Space Invaders onto the city walls. Invader has travelled to over 30 countries and even installed a mosaic alien below sea level in the Cancun Bay in Mexico.

The book provides information regarding where these art installations can be found. Typically, Invader installs 20 to 50 artworks per city he ‘invades’ and the artist confesses that his goal is to ‘continuously and restlessly invade new spaces’.