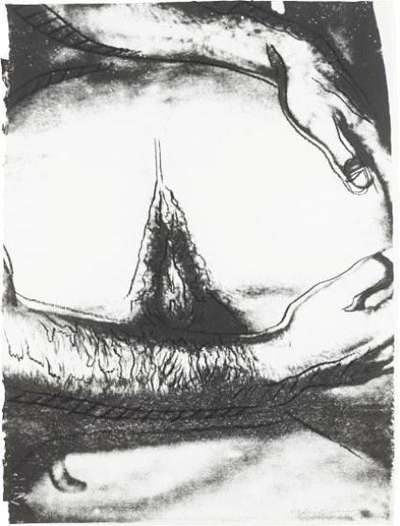 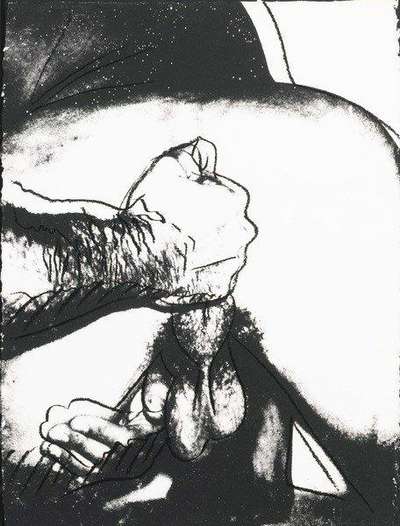 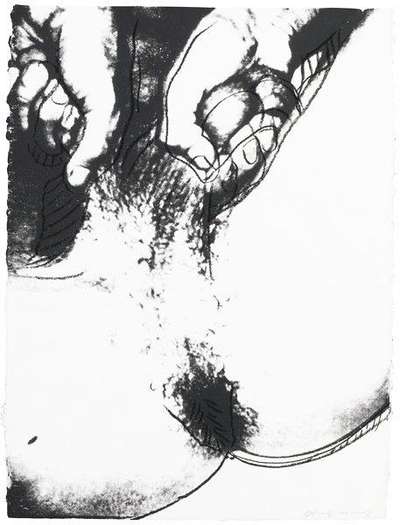 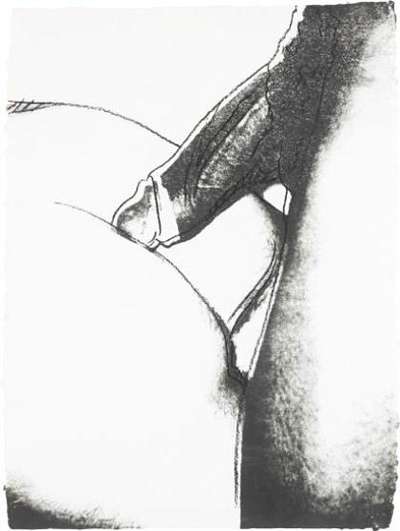 Produced in 1978, Sex Parts is a series of seven black and white screen prints on HMP paper. Departing from his exploration of consumerism, fame and popular culture, this series captures Warhol’s fascination with the human form. Each print in the series depicts an explicit close-up of male genitalia engaged in sexual activity, as indicated by the collection’s title. The artist prefers to describe these images as ‘landscapes’, instead of nudes, which reflects his interest in the body as a site of artistic exploration and discovery.

The images in this series are rendered in a sketch-like style which contrasts with Warhol’s other artworks which are characterised by his use of bright and bold block colours, layering and thick gestural lines.

Warhol preferred to maintain a distinction between his fine artworks and his films as the artists was aware that the art world was more conservative and explicit sexual imagery would not be popular with museums or art collectors. Sex Parts, however, marks a turning point in Warhol’s artistic career and the artist’s bold decision to incorporate sexual imagery into his artworks, despite the fact that he would have a hard time selling them to galleries and dealers. The collection is important as it reveals some of Warhol’s deep desires which he rarely expressed elsewhere in his art.