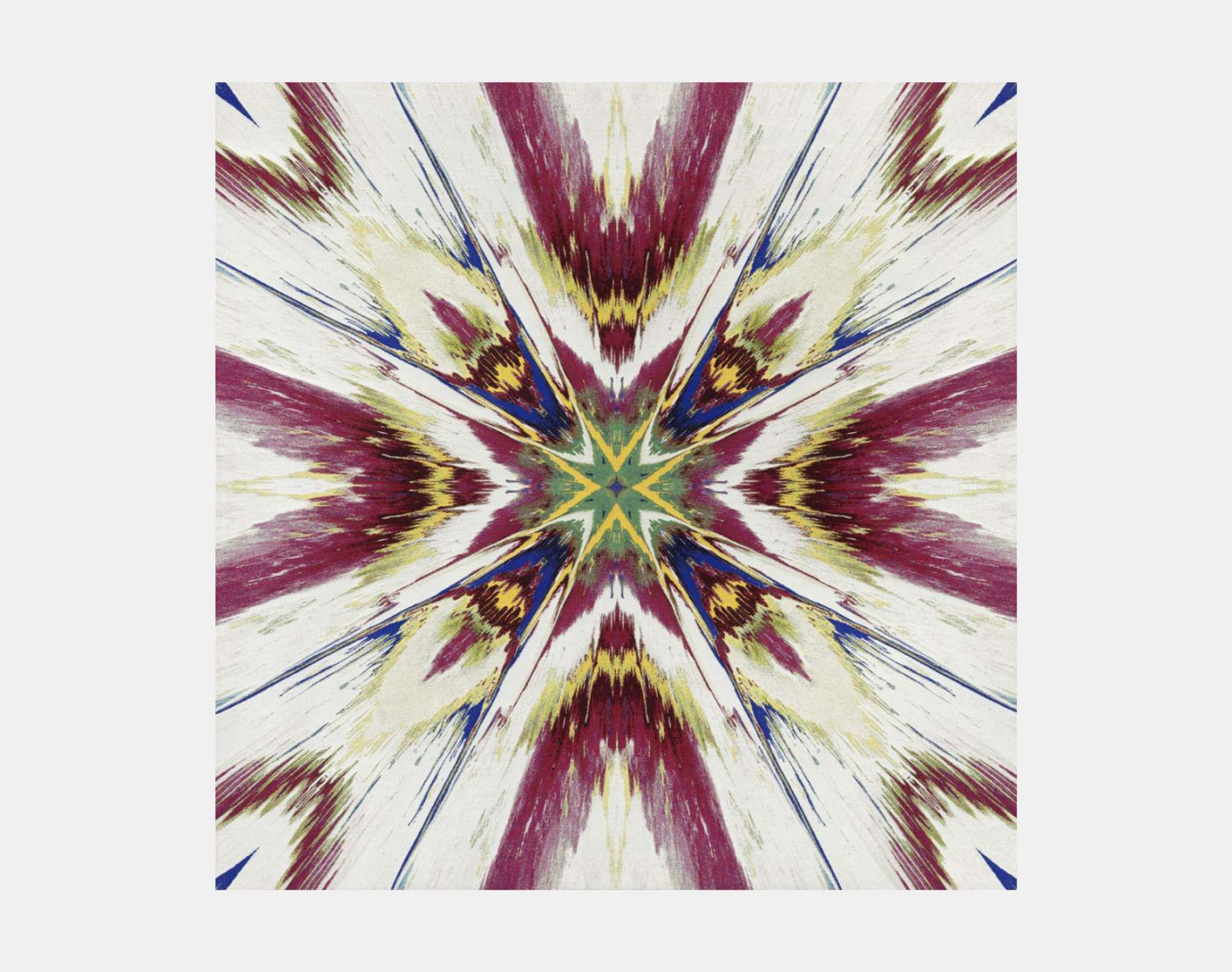 H1-5 Enter The Infinite - Light is a Jacquard-woven tapestry made by British artist Damien Hirst in 2016. The tapestry comes in a limited edition size of 20 and shows a kaleidoscope pattern composed of red, yellow, blue and green thread against a white backdrop. The intricate weaving produced by a Jacquard loom captivates the viewer and draws attention to the texture of the composition.

The use of the Jacquard loom captures the essence of Hirst’s methodological approach to art. Mechanical precision marks many of Hirst’s artworks such as his Spot paintings which the artist worked on between 1986 and 2011. In these paintings, Hirst produced grids of multicoloured dots and circles, all equally spaced out from one another and identical in size. Characterised by their careful composition and precise arrangement, the Spot paintings resonate strongly with the mechanical production of the tapestries in the Enter The Infinite collection.