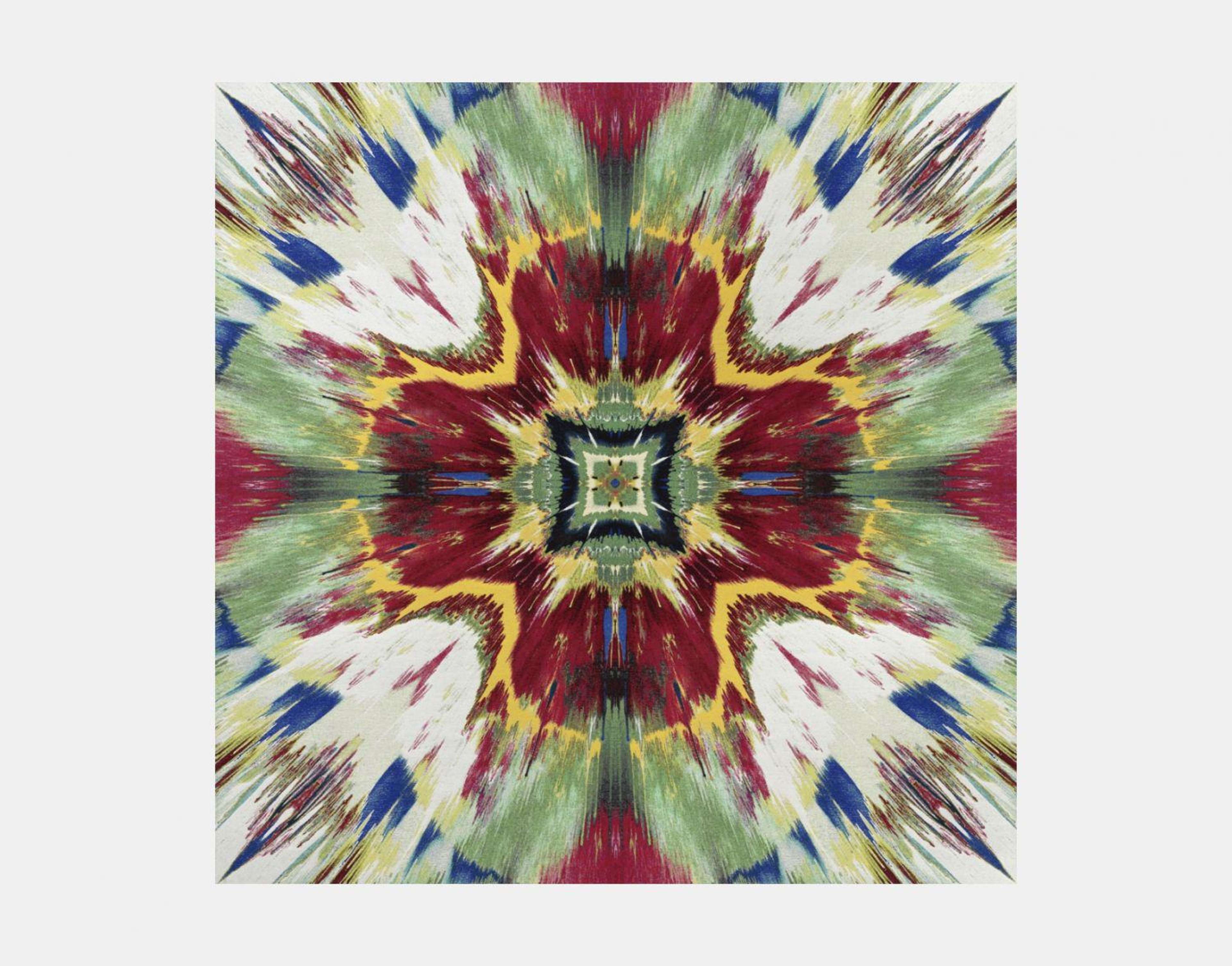 H1-6 Enter The Infinite - Rapture is a Jacquard-woven tapestry produced by contemporary artist Damien Hirst in 2016. The tapestry comes in a limited edition size of 20 and depicts a pattern composed of red, yellow, blue and green thread against a white backdrop. The pattern Hirst produces is characterised by symmetry and geometric precision and unfolds from the centre of the composition which produces the illusion of movement.

The tapestry was made by Hirst using a Jacquard loom. The Jacquard loom was invented in 1804 and uses a series of punch cards to control the weaving of patterns. This mechanical loom revolutionised the weaving process and meant that unskilled workers could make complex textile patterns in a fraction of the time that it would have taken to produce them by hand. The tapestry is one of twelve tapestries that belong to Hirst’s Enter The Infinite collection, all of which were made using the Jacquard loom.

The use of the mechanical loom captures how Hirst has had a long-standing interest in the intersection between mechanical reproduction and art. Hirst’s affinity with the screen printing technique also reflects this fascination which probes one to consider the value of an artwork and the concept of originality.