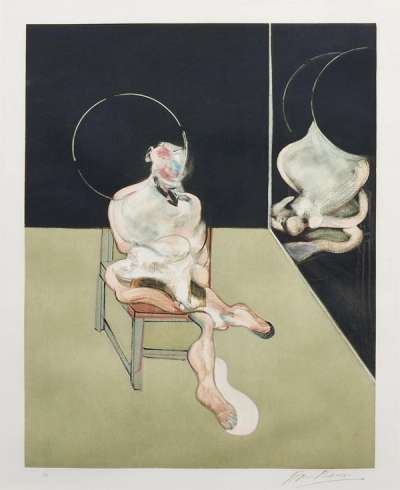 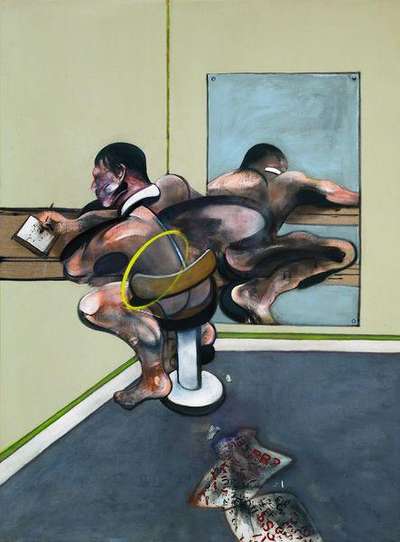 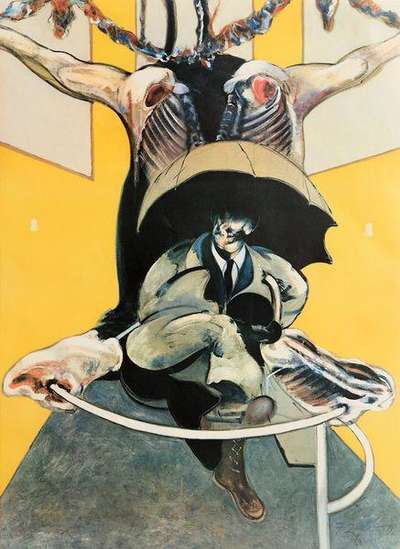 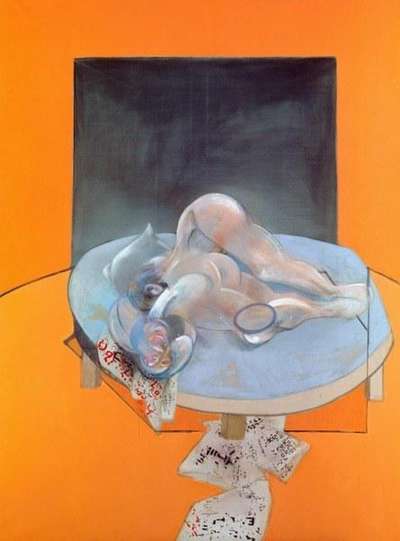 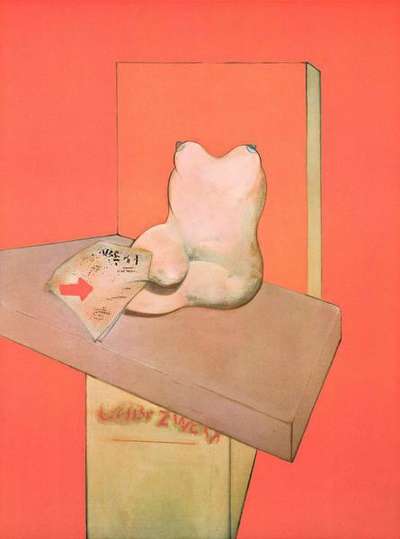 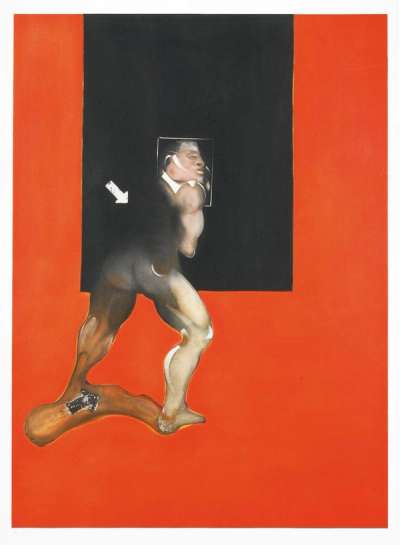 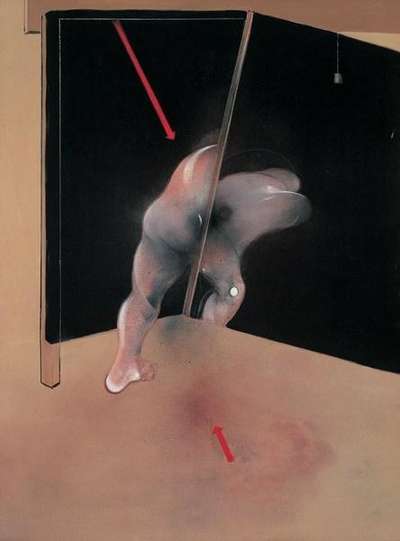 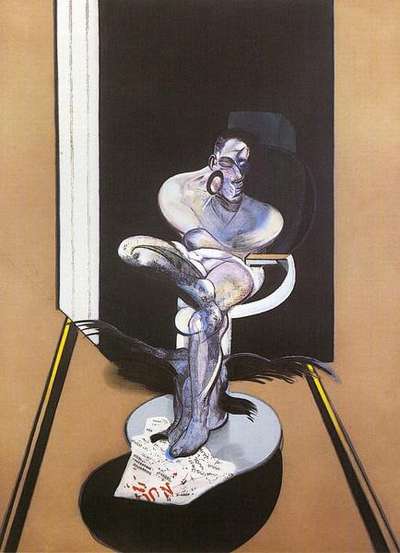 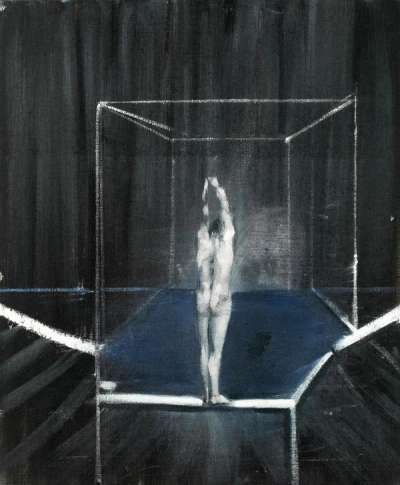 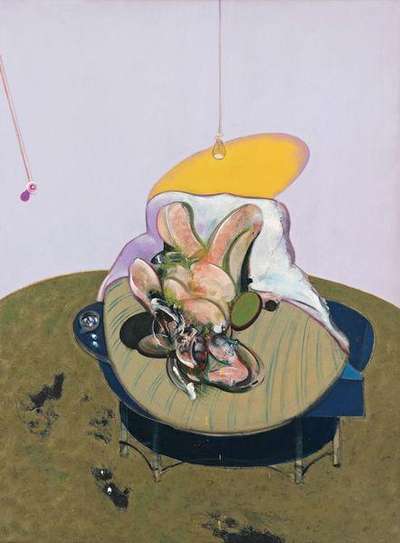 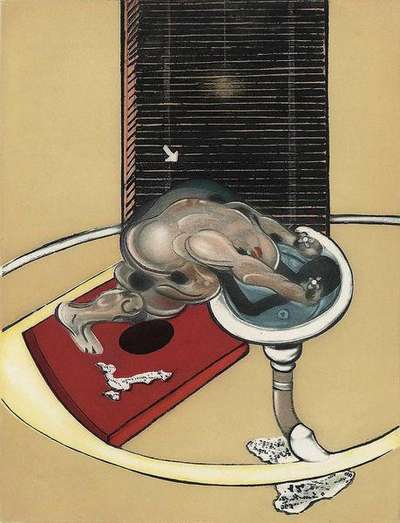 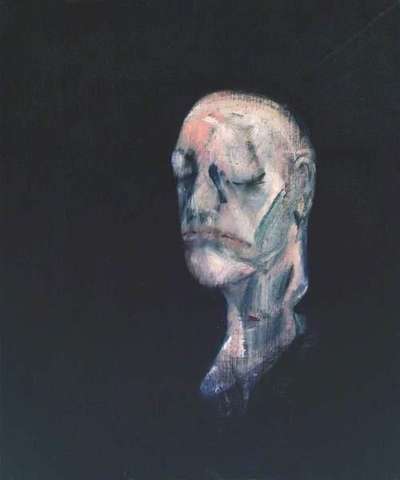 Taking its name from a central feature of the œuvre of Irish-born British artist, Francis Bacon, the Human Body collection features limited edition prints spanning 30 years of the artist’s career. A prolific painter, Bacon produced a large body of work, of which around 590 examples still exist; incensed by critics and prone to self-destructive behaviour, the artist either defaced or discarded many of his paintings, which tended to focus on particular subjects for extended periods. As this collection illustrates, despite a tendency to focus intensely on singular motifs, such as Crucifixions, the corporeal and the figurative were persistent pre-occupations of Bacon’s work.

In the print After Study Of Portrait Head Based On the Life Mask Of William Blake (1976), for example, Bacon offers up a straightforward yet emotive likeness of a ‘life mask’ taken when English poet William Blake was aged 65. Turning his hand towards a higher intensity of abstraction, Figure Writing Reflected In A Mirror (1976) feels like a more characteristic example of the artist’s work; depicting a semi-abstract figure sat at a barstool and partially reflected in a mirror, many have identified the work as a portrayal of Bacon’s onetime lover, George Dyer.

Two other prints of seated figures, Seated Figure 1977 (1992) and Seated Figure 1983 (1983), are standout examples of Bacon’s expressive touch and liberal approach to likeness. In the rear of each painting, a kind of framing device stands behind the figures. Looming over them in a foreboding manner, these areas of thickly applied and distinctly uniform colour clash with the fluid and almost Salvador Dali-like nature of the human form. Reinterpreted in a similar mode for Study Of The Human Body From A Drawing By Ingres (1982), the human body becomes a figuration of Bacon’s deconstruction of artistic norms; referencing French artist Ingres, well-known for his rejection of ‘true to life’ human proportions (as in world famous painting Une Grande Odalisque (1814)) Bacon places a torso on a tilted plinth. A further example of the artist’s signature approach to composition, this deft combination of geometric and semi-abstracted form echoes that of the print After Second Version Of Painting 1946 (1971), which partakes in a similar merging of the human and the animal.

After Second Version Of The Triptych