Who Cares Wins depicts a book cover with Harland Miller’s name assuming the role of author. Miller is best known for his Penguin prints, which have been described by novelist Michael Bracewell as “wittily deadpan, punkish and aphoristic.” Who Cares Wins is one of the more positive examples of the series, playing on the well known phrase 'Who Dares Wins'. 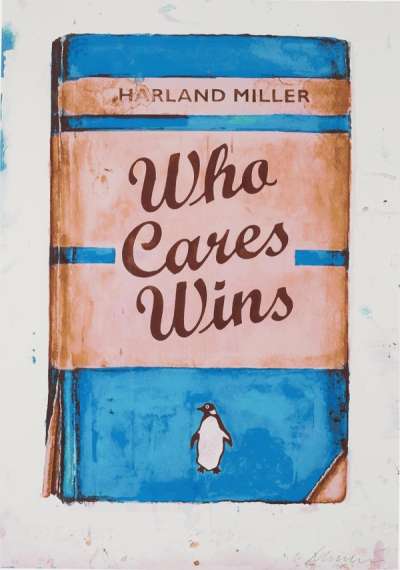 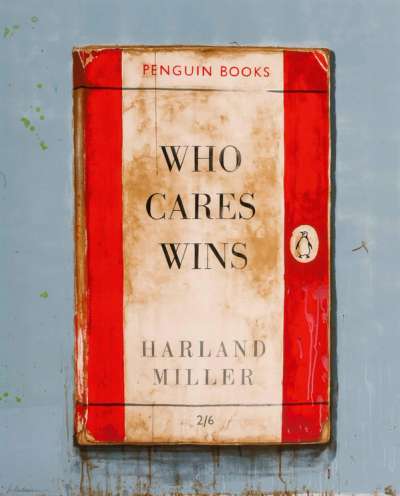 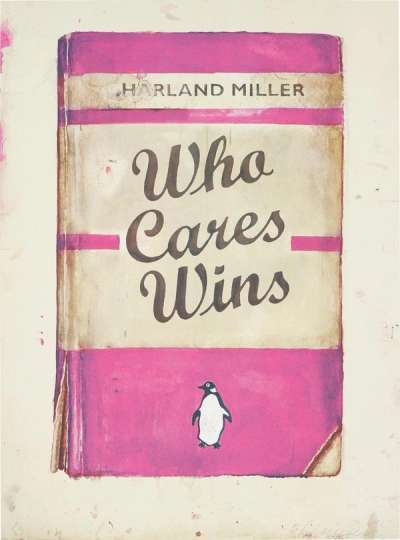 Printed in a number of variations, including a special 2020 blue NHS edition, Miller’s Who Cares Wins is a staple within the Penguin Jackets series. Each version similarly in appropriates the familiar book-cover format, with the eponymous title scrawled in bold, black, capitalised letters.

This Miller Print also uses photorealist rendering of the dust jacket through using a high-resolution digital photograph, which he then layers paint over the top of to give the impression that the print is an authentic, real, second-hand book. This only adds to the sense of nostalgia conveyed by the series, for those who, like Miller himself, grew up collecting these classic novels.

Who Cares Wins is one of the more positive examples of the broader Penguin series, that, while still being slightly ironic, it is lighter in tone than the darker humour exemplified in titles such as Heroin, It’s What Your Right Arm’s For.

Don’t Let The Bastards Cheer You Up

Happiness The Case Against

If The Phone Don’t Ring It’s Me

This Is Where It’s Fuckin At