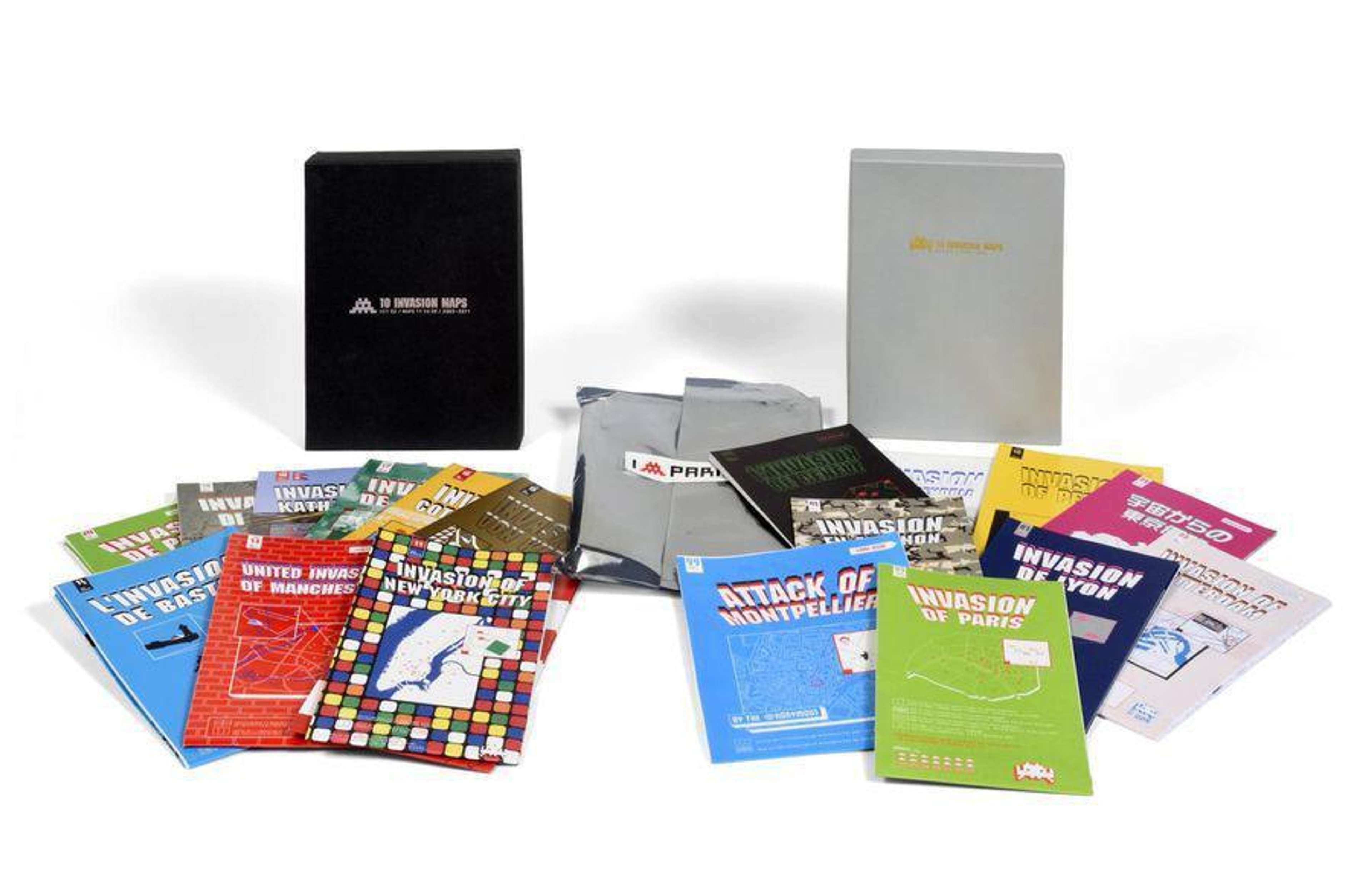 10 Invasion Maps is a set of 10 maps in their original box which are numbered, dated and signed by the French street artist Invader. The dates of the maps range from 2003 to 2018 and the collection was put together in 2019 in a limited edition size of 100.

The maps in 10 Invasion Maps are part of Invader’s elaborate ‘Space Invaders Project’ which has come to be one of the most widely recognised street art stunts in art history. The project, which started in 1998, consists of Invader installing pixelated alien characters from the popular arcade game, Space Invaders, onto the street walls of cities all over the world. The aliens are made out of small, ceramic, square tiles which Invader glues onto the walls at night. Invader explains that the project is about liberating art from museums and institutions. He also adds that the project frees the alien characters from the video game TV screen by bringing them into the physical world.

10 Invasion Maps includes 10 of the maps which Invader used to document where he installed his alien mosaics. The maps in this collection are for the cities of Paris, Montpellier, Grenoble, Bern, Avignon, Geneva, Lyon, Rotterdam, Tokyo and Perth. Invader is still working on this ‘World Invasion’ however these days the artist prefers to use a digital database to archive each of his productions, making these original maps highly sought after on the art market.