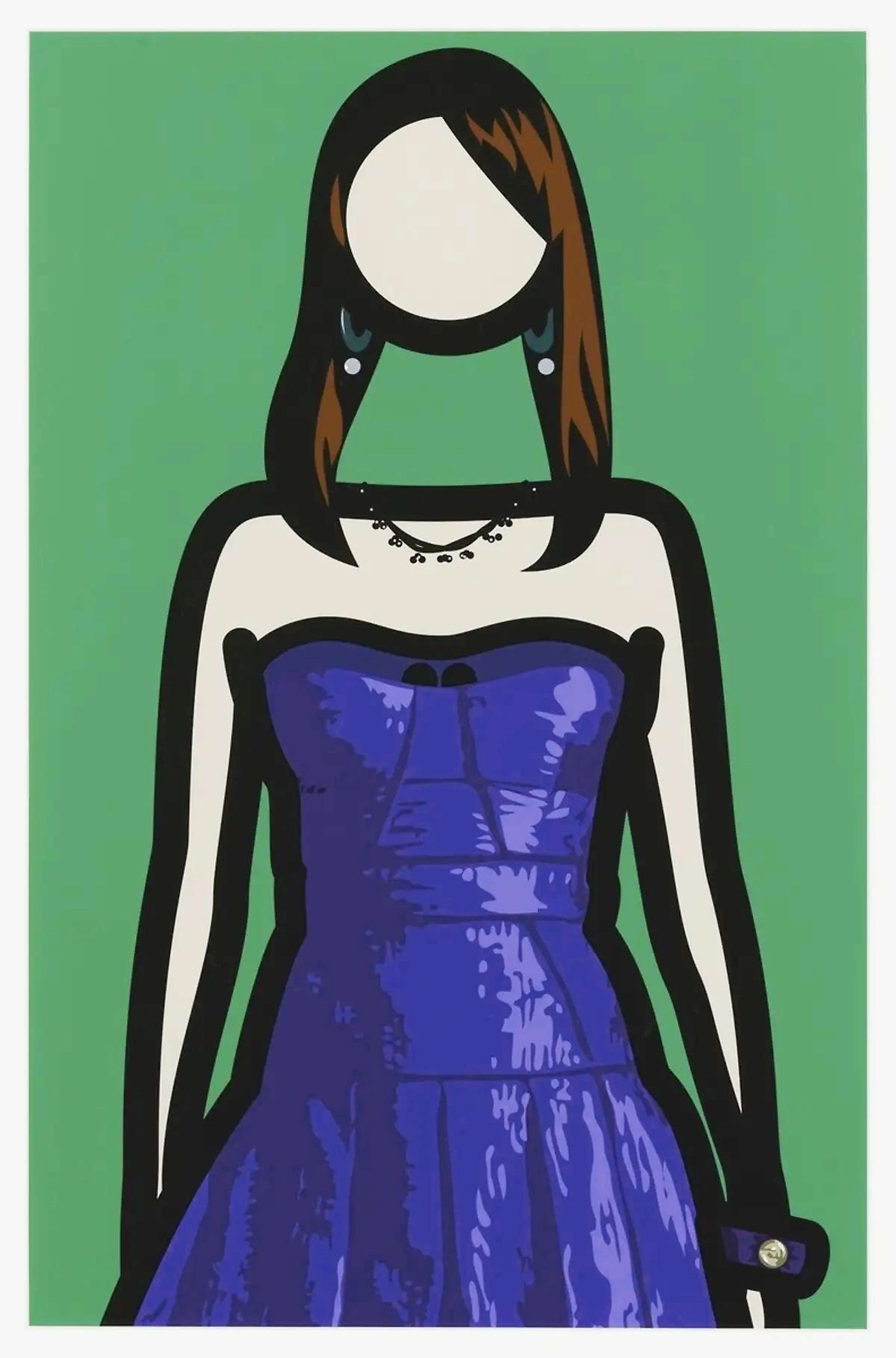 Ika 1 is a digital print from 2011 by Julian Opie that shows a three-quarter length portrait of an elegantly dressed woman. Depicted in a blue dress with thick dark outlines, Opie reworks his trademark style of a simplified figure and floating circular head by adding details such as long hair and opulent clothing.

Ika is representative of Opie’s fascination with the genre of portraiture but rather than show a highly detailed character study, the subject appears more like a generic sign. Using computer-drawing programmes to complete his works, Opie finds a standardised version of the human figure, such as the signs used on lavatory doors, and combines this with a digital photograph of a real person.

Balancing nuanced styles of Western art with graphic traditions of caricature and illustration, Ika 2 appears like a 21st century version of a portrait of a royal or aristocrat. In depicting the sitter without facial features, using a blank circle floating above her shoulders as a head, Opie subverts the traditional genre to provoke ideas surrounding what makes a portrait of a person distinct. Opie uses drastically simplified form to create the base of many of his portraits, embellishing each one with clothing, resulting in a variety of unique types.