Woman with Beard is one of Lowry’s iconic paintings. It’s related to an anecdote on a train ride from Cardiff to London, sitting across from a bearded woman. The artist tells the story in the following quote:

“She had a very nice face, and quite a big beard. Well sir, I just couldn’t let an opportunity pass, so I began almost at once to make a little drawing of her on a piece of paper. She was sitting right opposite me. After a while she asked, rather nervously, what I was doing? I blushed like a Dublin Bay prawn and showed her my sketch - the one from which I later made my painting of her. At first, she was greatly troubled, but we talked, and by the time the train had reached Paddington we were the best of friends. We even shook hands on the platform. People say, ‘Oh, but you couldn’t have seen a woman with a beard like that!’ But I did you know. They said the same thing about my painting of the bearded lady I saw pushing a pram in Winchester. But I saw her too! Although I’m afraid she wasn’t quite so nice. The moment I saw the good lady I pulled a scrap of paper from my pocket and hurried alongside her scribbling away. Well, my dear sir - her language - Oh! it was quite appalling! Oh, terrible! I wouldn’t dare repeat what she called me!” 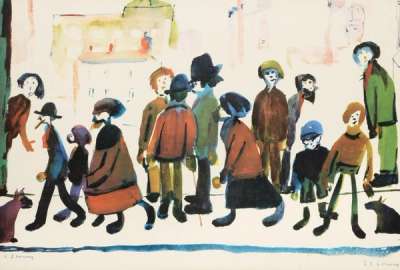 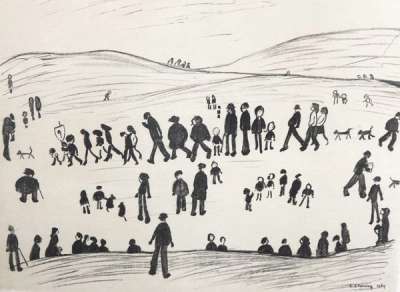