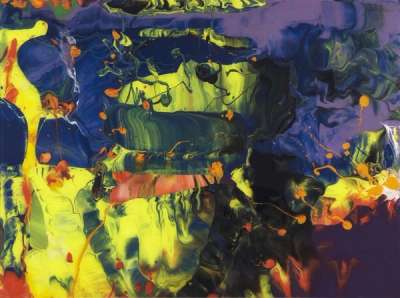 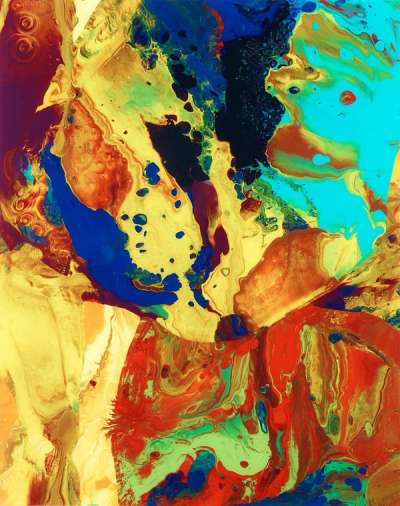 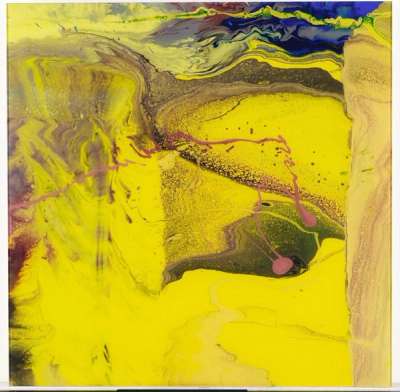 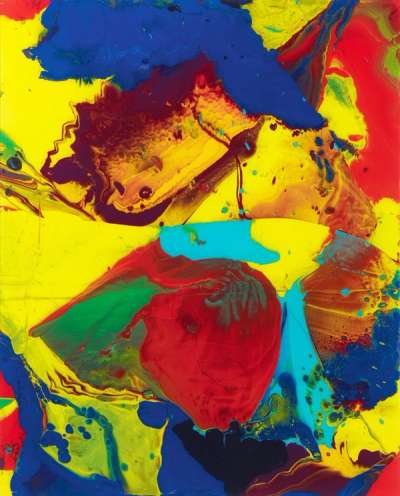 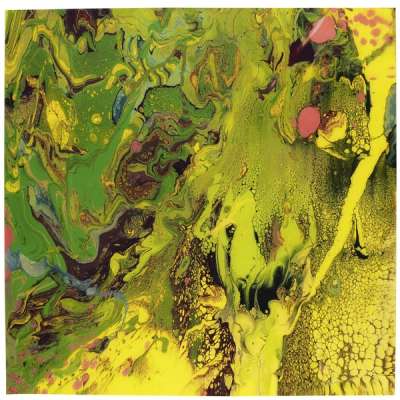 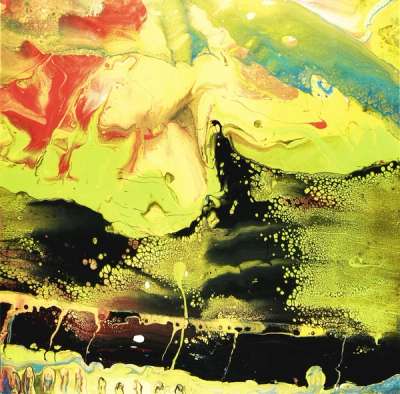 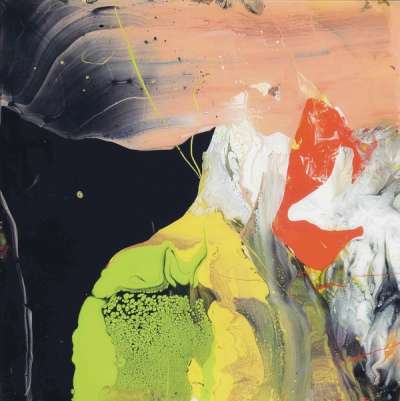 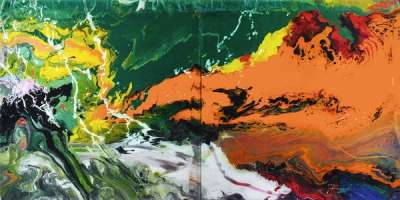 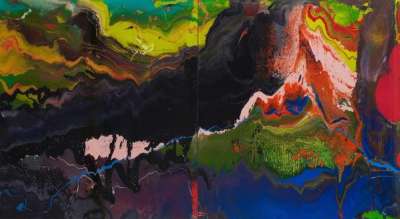 Gerhard Richter is one of the most striking and important German and European artists of all time. Well-known for his stylistically heterogenous oeuvre, he has left few subjects untouched, and continues to defy simple categorisation. From his historically-inspired paintings of newspaper photographs depicting figures such as Mao, through to photorealistic paintings of still-life objects and candles, Richter runs the gamut of the contemporary. In this series, entitled Flow, Richter addresses a recurrent motif of his work, which he has explored since the 1970s: abstraction.

Much like Richter’s famed squeegee paintings, the essence of the Flow prints is to be found in their adoption of chance and serendipity as productive compositional forces. In Aladin (P11) (2014), yellow, red and purple hues glide across the image surface in a way that recalls 19th century paper marbling. In Bagdad (P9) (2014), a semi-organic arrangement of colour reveals the chemical basis of Richter’s oil paints; eliciting reactions both synthetic and emotional, the work and its boundaries appears to shift. In Flow (P5) (2013), the bridge between Richter’s Cage Grid series, and such paintings as Cage Grid Single Part H (2011) and Cage (P19-1) (2006), becomes visually apparent. Tracing a developmental genealogy that begins with the 1990 painting, Abstraktes Bild (P1), the Flow series was first exhibited at London’s Marian Goodman Gallery in the latter part of 2014.

Born in Dresden in 1932, Richter received his early artistic training at the Dresden Academy. At that time, the Academy was subject to strict controls by the ruling government of the German Democratic Republic (East Germany). Commenting on this period, Richter said, ‘It was a very academic, traditional school, where you learned from plaster copies and nude models.’ In this collection, Richter continues his rebellion against the conventional – a trait provoked by the stultifying, socialist realist training that Richter received at Dresden.