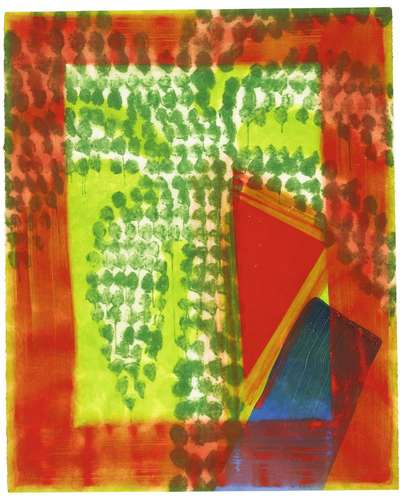 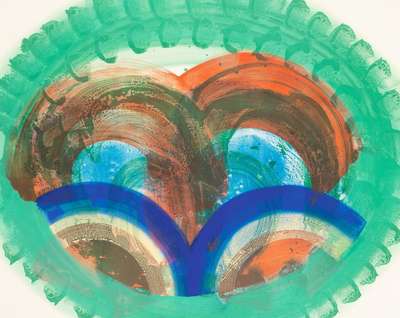 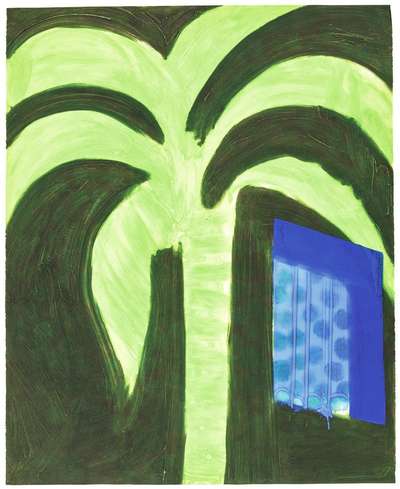 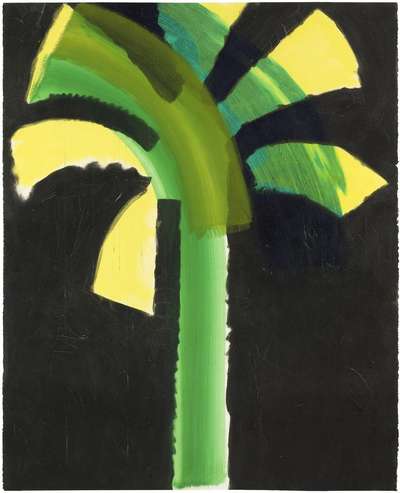 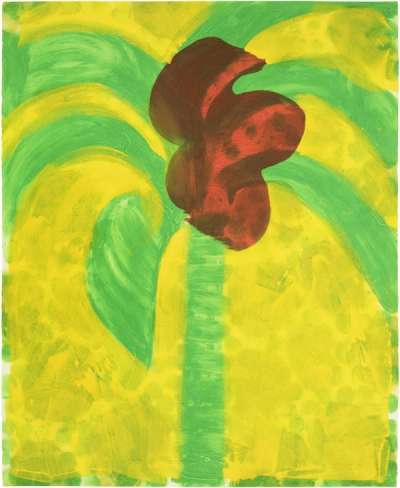 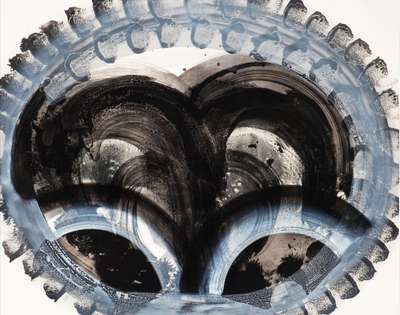 Sir Howard Hodgkin was one of the leading figures of Post-War British art. The artist never acknowledged any affiliation to canonical art movements, preferring instead to work on the edge of styles and drawing from a variety of sources such as Fauvism, Impressionism, Pop Art and Abstract Expressionism. However, predominating his paintings and prints is the dominance of large abstract gestural brushstrokes that verge close to the works of Abstract Expressionist painters. Hodgkin famously declared to be drawn to abstraction and colour as means to convey emotional states. He claimed: “I am a representational painter, but not a painter of appearances. I paint representational pictures of emotional situations.” Sometimes, however, representation did take hold in the artist’s production, as in the case of the series of works Palms, which feature one of Hodgkin’s favourite representational motifs - the palm tree.

Palms is a series of six prints produced between 1986 and 1990. At this time Hodgkin was enjoying international notoriety and fame and was experimenting with increasingly large-scale formats. Importantly, the prints were produced after Hodgkin had been introduced by master printer Jack Shireff to carborundum printing. This technique, which characterised all of Hodgkin’s prints, allowed the artist to increase the gestural and expressive quality of the prints, adding emotional intensity through texture and embossings. In fact, the artist claimed he had been inspired to depict palms because of how easily they lent themselves to brash painterly immediacy. Additionally, as typical of Hodgkin’s printmaking practice, the prints exhibit a mixture of printed and hand-applied colours, which recur in many of his later series like As Time Goes By.

As Time Goes By

The Way We Live Now