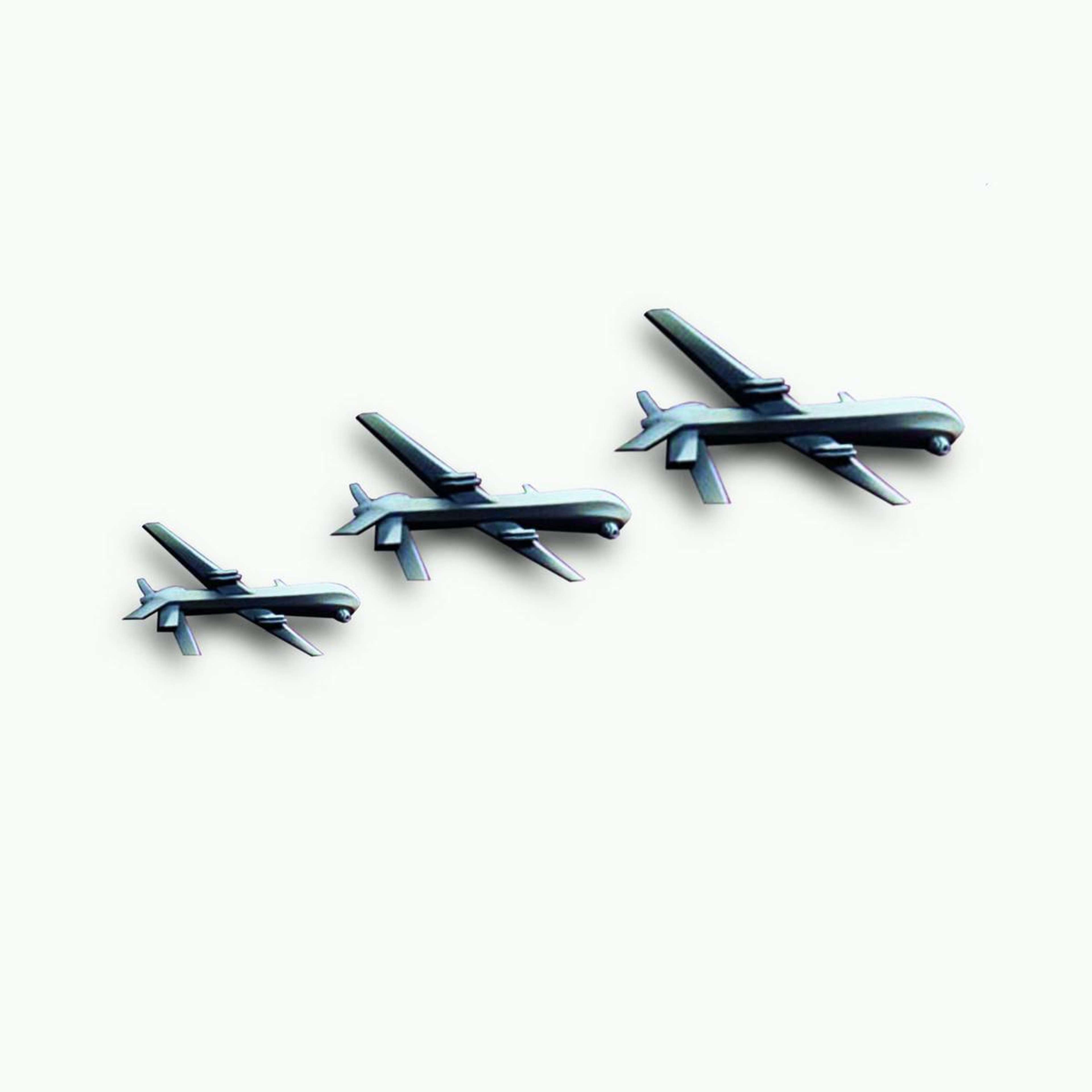 In this humorous take on the classic 1970s interior decoration stereotype of the three flying ducks, Banksy has made three small scale models of unmanned drones that can be affixed to a wall. Shown in a duck formation these lethal weapons are given a lighthearted update however their inherent violence is not far from the surface.

A vociferous opponent of the ongoing war between Israel and Palestine as well as nuclear weapons – as seen in works such as Love Is In The Air (Flower Thrower) and CND Soldiers – Banksy is commenting on the damage done by the extensive fighting in the Middle East that has been constant throughout his lifetime. With the evolution of technology these conflicts have become ever more brutal and ever more distant, with the ‘unmanned predator drones’ coming to represent the nature of 21st century warfare. Demonstrating his typical wit in the face of horror, in this work Banksy manages to both deride the history of violence we find ourselves steeped in while at the same time providing an amusing distraction to the depressing subject he has brought our attention to. In this way he is reflecting the constant dichotomy that traps us between 24 hour news cycles and endless cat memes.

This double entendre approach is reflected in the Gross Domestic Product shop itself, which, while positioned as an alternative to other brands capitalising on his work, has arguably led to a commercialisation of the artist’s work by his own hand. In doing so however he decided to bypass the usual channels and when GDP opened in 2019, it was as a lottery system rather than a first come first served retail shop. With prices starting from £10 the ‘homewares brand’ was an attempt to make Banksy’s work accessible to those who could not afford his prints or were not lucky enough to find one of his murals on their wall.

The shop was an overnight sensation, helped in part by the opening of a showroom in Croydon which displayed all the products in an exhibition made to look like a domestic interior. Commenting on the stunt, The Art Newspaper stated that, “It is all dressed up as humorous. ... In an art market that is so often far removed from reality, laughter probably is the best recourse.” Across social media his fans were mostly congratulatory, emphasising the artist’s ingenuity and constant willingness to stick it to the establishment.