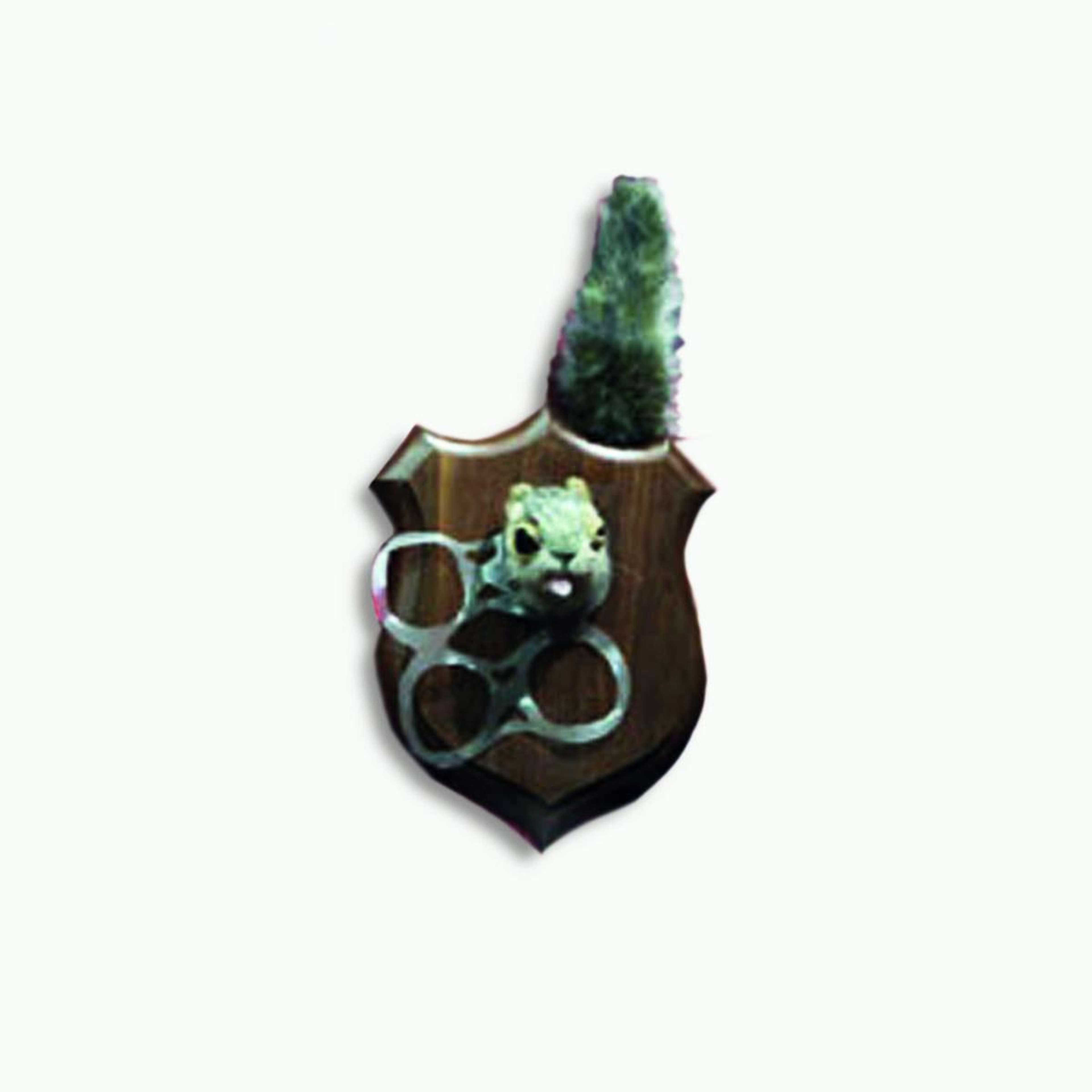 'This delightful wall-mounted collection of critters is perfect for the Blue Planet generation. This is made from charity shop kids toys and genuine random beach detritus, so may contain germs/infectious substances.' - Gross Domestic Product.

This disturbing piece of faux taxidermy was originally listed on Banksy’s Gross Domestic Product website as a ‘soft toy’ accompanied by a description that read ‘This delightful wall-mounted collection of critters is perfect for the Blue Planet generation.’ Mounted onto a wooden plaque the animal is made to look like a hunting trophy but instead of being the victim of a bullet it appears to have met its end at the hands of man made beach pollution. Seeming at first to sneer at the so called ‘snowflake generation’ the work could also be read as promoting an environmental message with the aid of a visual pun, much like the artist’s ‘Axe’ sculpture made in collaboration with street artist Escif.

Adding to its sustainable credentials is the fact that it could be said to be ‘upcycled’ – each piece in the series is described as being made from ‘charity shop kids toys and genuine random beach detritus’ however the buyer is also warned that this means they ‘may contain germs/infectious substances.’

Banksy frequently uses animals in his work to convey messages that seem to turn a mirror on society. From his sandwich board wearing monkeys that proclaimed the message ‘Laugh now but one day we’ll be in charge’ to his ubiquitous stencilled rats, for Banksy animals are vehicles of the empathy and wit that make his works so disarmingly resonant. He often depicts animals as being under threat by humans, such as his leopard who appears to have just broken free from a cage made of the stripes of a barcode or his recent stunt involving a truck used for the transportation of animals to slaughterhouses filled with stuffed toys as part of an installation entitled ‘The sirens of the lambs’.

Works from the Banksy™ Soft Toys series were originally sold on Gross Domestic Product, Banksy’s latest online venture, set up in order to sell his artworks/products directly to his fans and to prevent a greeting card company from copyrighting his name. GDP began life as a showroom in Croydon, South London, which quickly went viral as fans realised a Banksy exhibition had opened overnight marking the launch of a new online store. While some were critical of this perceived ‘selling out’, others praised Banksy for making his work accessible and affordable through limited editions which started from just £10.

Furthermore, instead of employing the traditional retail model of first come first served, Banksy designed GDP to run as a kind of lottery system whereby you had to enter your details and answer a question before you could be selected as a buyer for one of his pieces. In this way Banksy retained some control over his brand and his collectors, following in the footsteps of artists such as Keith Haring and KAWS who also opened their own stores in order to sell their work directly to the people rather than to just a rich elite.