A Buyer’s Guide To Jean-Michel Basquiat 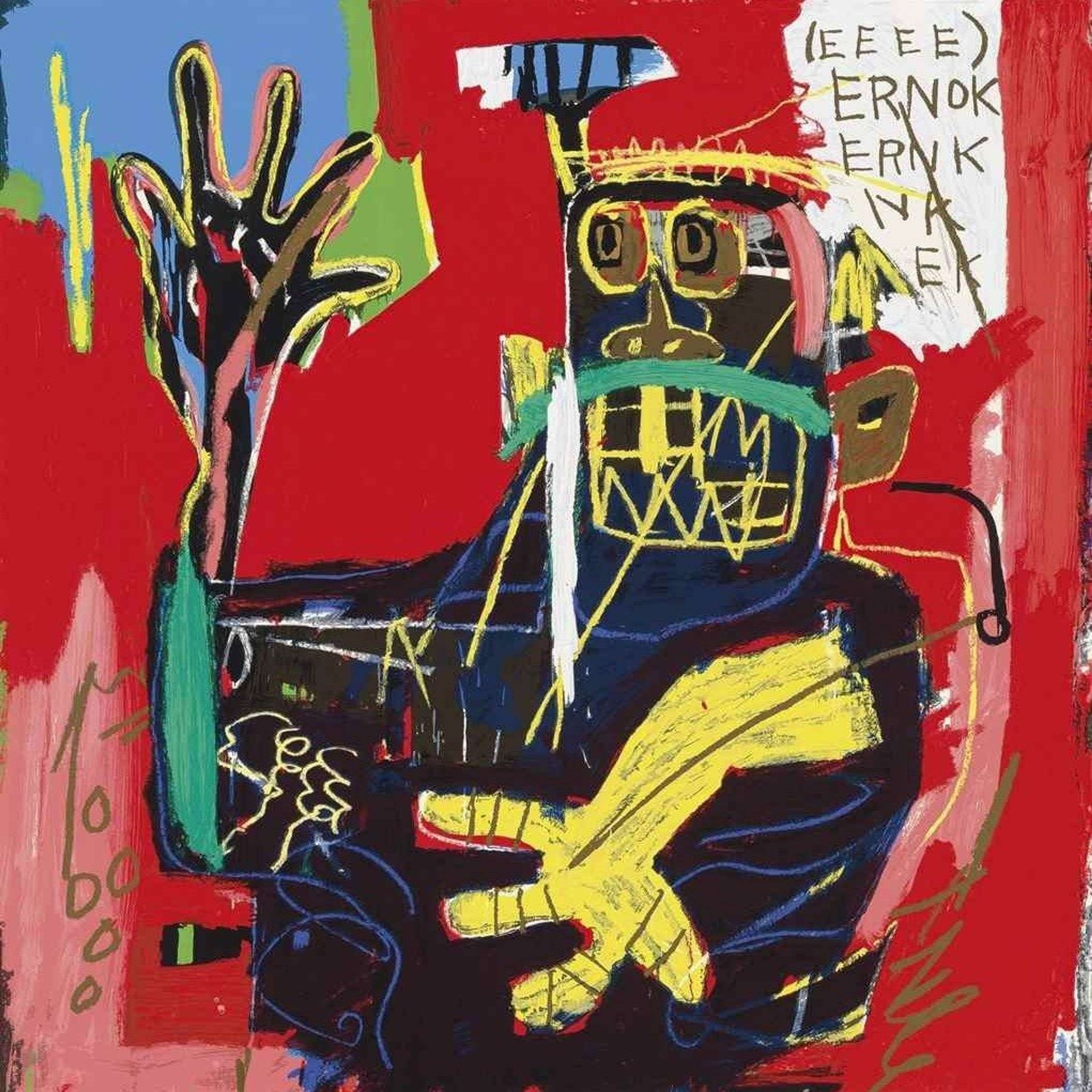 If you are in the market to buy a Jean-Michel Basquiat print, here are a few pieces of advice before you start your search, to make sure you find the right piece at the right price.

From street art to gallery stardom, Basquiat paved the way for his contemporaries in a career that was as bright as it was short. His career over just 10 brief years broke down restrictive norms, interrogated social issues and opened up opportunities for other artists in the decades to come.

Basquiat released only a selection of prints during his lifetime but the estate of Jean-Michel Basquiat, currently administered by the late artist’s sisters, has released further prints since his death. Selecting the right print for you involves balancing desirability, condition, provenance, and context – this guide will help you navigate the Basquiat print market.

What types of Basquiat prints can you buy?

Jean-Michel Basquiat had a prolific output during his lifetime, producing up to 1,000 paintings and 3,000 works on paper. In terms of prints, the market tends to focus on works produced between 1981-84 – either released during those years or posthumous releases of paintings from those years – and thematically, they can be divided into three key areas: early street art; anatomy, heads and heroes; and collaborations with Andy Warhol.

Starting out under the graffiti tag SAMO with his friend Al Diaz, Basquiat’s early works were often murals painted on the streets, fences or found surfaces. His print Flexible, released in 2016, is taken from a painting made on a wooden panel in 1984.

Other iconic symbols from his early days include the capitalised SAMO tag, the copyright © symbol and the three-pronged crown signifying Basquiat’s three lineages: poet, musician and boxer.

Basquiat’s interest in human anatomy came about at a young age after he was given the book Gray’s Anatomy when recovering from an accident. Anatomical drawings featured in many of the prints he made during his lifetime, including the Anatomy series, a portfolio of 18 screenprints featuring various bones and body parts.

Meanwhile, Basquiat’s artworks on heads and skulls explore ideas of life and death, the identity of Afro-Caribbean people in American society, and the influence his heroes had on his own life and career.

Basquiat’s collaborations with Warhol resulted in more expressive, colourful and bolder works, although many of his older motifs remain visible. Since their meeting in 1982, Warhol’s influence encouraged Basquiat to introduce popular brand names and cultural images into his work, giving his ideas a new shape and direction.

Which prints should you invest in?

The market for Basquiat’s work has been steadily progressing over the last 20 years, peaking in 2018 following the artist’s first UK retrospective, Basquiat: Boom For Real, in 2017. Currently, the value of Basquiat’s prints and multiples are among the highest since the category’s peak in 2011.

As a general rule, the prints that Basquiat released during his life tend to have a smaller edition size and are therefore more desirable than the prints released posthumously by his estate, which tend to have larger editions. Untitled from 1982, the most expensive of Basquiat’s prints, only exists in an edition of 10 and can sell for $2.9million (with fees) at auction. His monumental hand-coloured screenprint Back Of The Neck, made in 1983 as an edition of 24, sold for over £800,000 (with fees) in March 2021, over double its low estimate.

Back Of The Neck © Jean-Michel Basquiat 1983

Authenticity: how do you verify that a Basquiat print is real?

Historically, Basquiat has been one of the artists with the highest number of forgeries in circulation. Accurately determining whether the Basquiat you are about to buy is real is, therefore, essential.

Basquiat never released his prints with certificates of authenticity during his lifetime. Instead, he signed and numbered each print in pencil. Each of the posthumous prints released by the Basquiat estate, however, will have been signed by a member of the estate – such as Gerard Basquiat, the late father of Jean-Michel, or one of his sisters, Lisane Basquiat and Jeanine Heriveaux. The posthumous Flexible and Boxer Rebellion are uniquely released with certificates of authenticity.

In every case, paperwork proving ownership and history should always be provided by the seller. Purchasing your print or original work through a reputable broker or auction house is also highly recommended. While many serious collectors may have works available, it is important to involve a third party to authenticate the work’s value and mediate the sale for added protection.

How do you check the condition of a Basquiat print?

Still, it is important to have an expert inspect the print before the sale, so you have full confidence before you buy. MyArtBroker can assist with this or, alternatively, ensure the collector has had the print appraised by a reliable expert already.

When should I buy a Basquiat print?

Timing is everything. Look out for special exhibitions, major anniversaries or record sales of original paintings: when Basquiat’s art is in the spotlight, the demand for prints usually follow. This gives you the best chance of acquiring the print you are looking for, and potentially at a lower price.

Where should I buy a Basquiat print?

Knowing where to buy your print will help you more accurately determine the authenticity and condition of the print. While the lower prices and smaller commission fees of buying directly from private sellers, and vast online marketplaces such as eBay, may seem tempting, you are far more likely to encounter a fake or badly damaged print.

Auction houses offer significantly more security in terms of verifying authenticity and condition but will drive up the price to cover their fee and appraisal costs. Buyer’s premium is often 25% on the hammer, plus VAT. High street galleries work in a similar way, as a large fee of up to 60% will be added to the value of the print.

For more information, read our Guide to Auction Versus Private Sale.

The best middle ground is to buy through a private broker, such as MyArtBroker: Our artworks have been appraised and verified by experts who can also guide you in your journey to finding the perfect Basquiat print for your collection. The best investments are those that are personal to the buyer and will bring you pleasure for years to come. Contact us if you’d like more advice on buying the right work by Jean-Michel Basquiat.

A Seller’s Guide To Jean-Michel Basquiat

Looking to sell a Basquiat print? Here are some important points to consider while you prepare you work for sale, and advice on choosing the right time and place to offer it back to the market. Basqu...
Keith Haring

The Dog, The Baby And The Globe

Influenced by his study of Semiotics at the New School, Keith Haring filled his work with signs and symbols in order to create a pictorial language that was both deeply personal and easily accessible...
Keith Haring

A Seller’s Guide To Keith Haring

If you are in the market to sell a Keith Haring print, here are a few pieces of advice before you start your journey, to make sure you sell at the right time and achieve the right price. Looking to b...