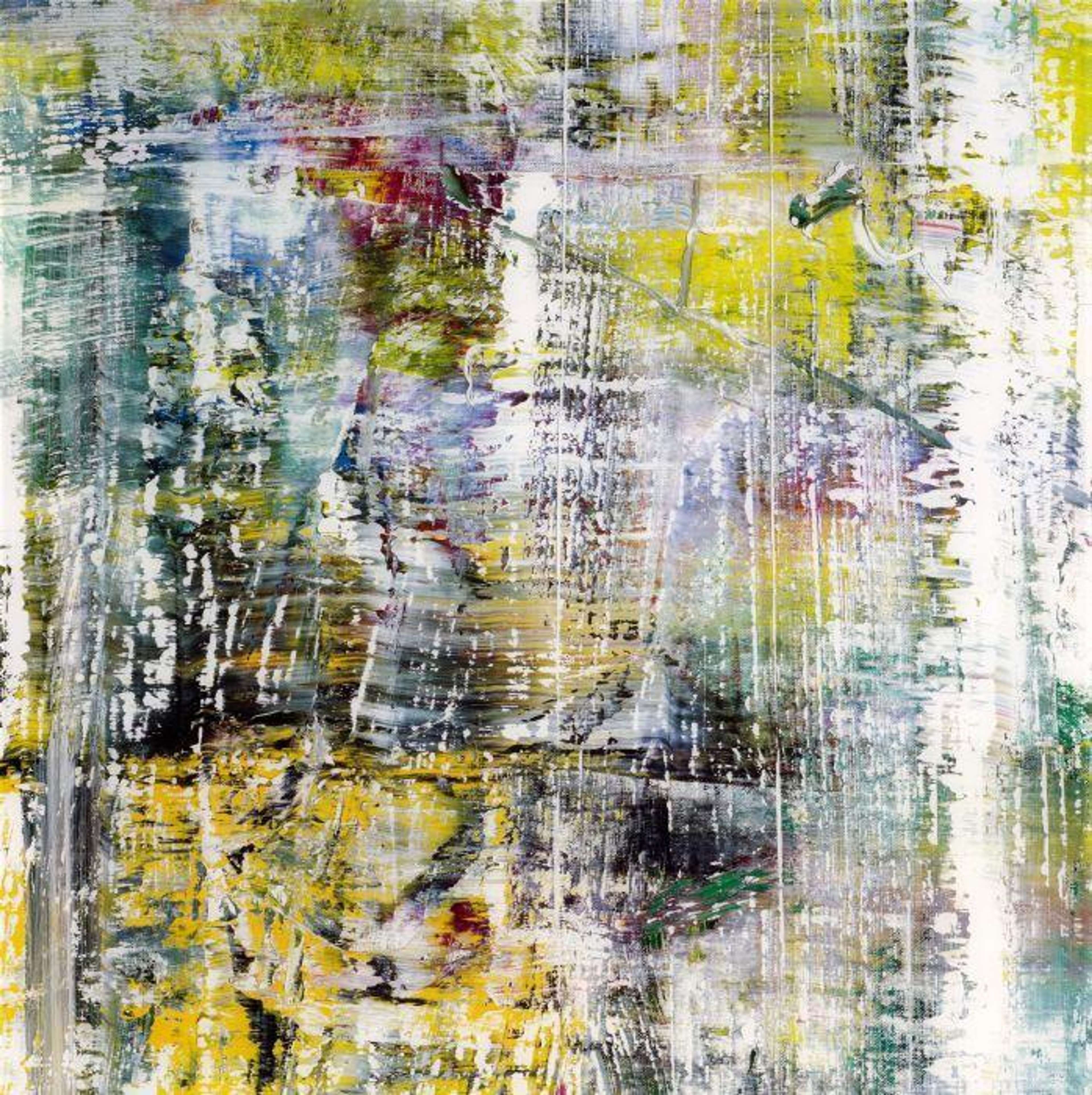 A 2015 lithograph print by the influential German artist Gerhard Richter, Cage f.ff VI is part of the Cage f.ff series. Issued in an edition of 30 and signed by the artist, the work depicts details of one of Richter’s 2006 Cage paintings. Brightly-coloured and firmly deconstructivist in form, the work references Richter’s  profound influence by the avant-garde composer, John Cage.

This print is an example of Richter’s best-known abstract work. Issued in 2015, some 9 years after the completion of the painting it references, the print represents a particularly productive period of Richter’s career during which, inspired by the music of US avant-gardist composer John Cage, he produced his most refined ‘squeegee’-based abstract paintings. In this work, a variety of green, yellow, and white hues battle one another for primacy; product of Richter’s slow, meditative creative practice, which sees him drag layers of paint across the canvas, the work stands out against its contemporaries, namely Cage f.ff I, Cage f.ff II and Cage f.ff III.

Between 1967 and 1968, Richter began to produce his so-called ‘shadow paintings’, which referenced Renaissance fascinations with mathematics, perspective, and optical effects, combining them with Richter’s own early interest in abstract art and grid-based patterns. During this same period in his career, Richter continued to produce works using hands-on printmaking processes, including screen printing, photolithography, and collotype. From 1974, he stopped working with print media, opting in favour of a strict use of photography.