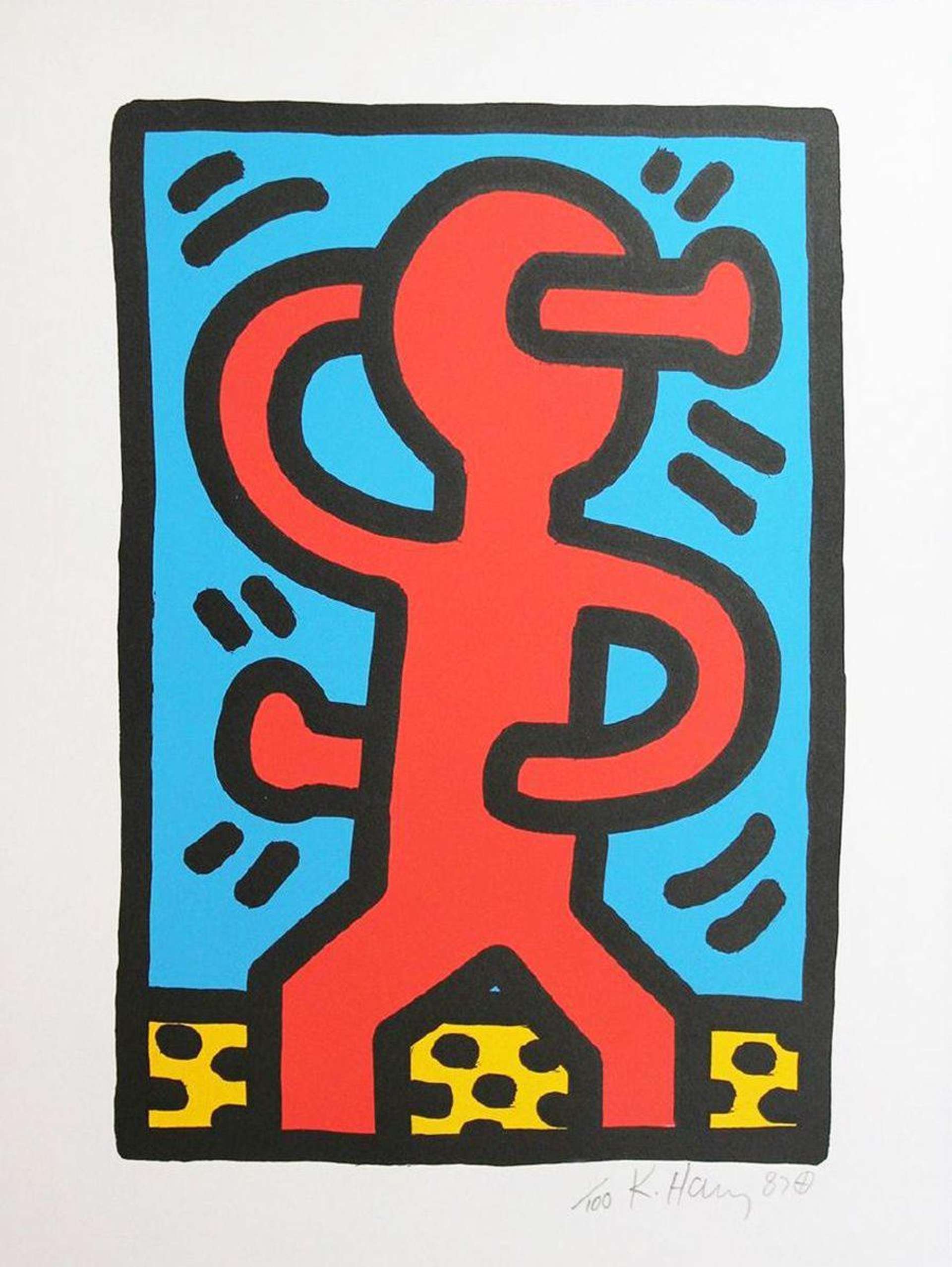 This signed silkscreen from 1988 is a limited edition of 100 by Keith Haring. Untitled shows an image of a large, red, genderless figure with its arms twisted to protrude through its stomach and head. Depicted in Haring's iconic linear style, the print is rendered in bright block colours of red, blue and yellow and created with thick, dark outlines.

This porous body and criss-cross of arms is reminiscent of Haring’s Art Attack On AIDS print from the same year. Since the brutal murder of John Lennon, shot to death in 1980, Haring became obsessed with creating images of figures with holes in their stomachs as a means to express the emptiness of grief. Haring developed this motif to create images that represent the violence inflicted on the bodies of people living with AIDS and the grief felt throughout the epidemic that hit New York in the 1980s.

In his use of simplified form and recognisable symbols throughout his work, Haring produces a true public art that communicates clear-cut narrative views on socio-political injustices of the time, notably the AIDS epidemic of the 1980s. Untitled uses a clear visual vocabulary as a form of activist art that can be understood and easily recognised by the masses.