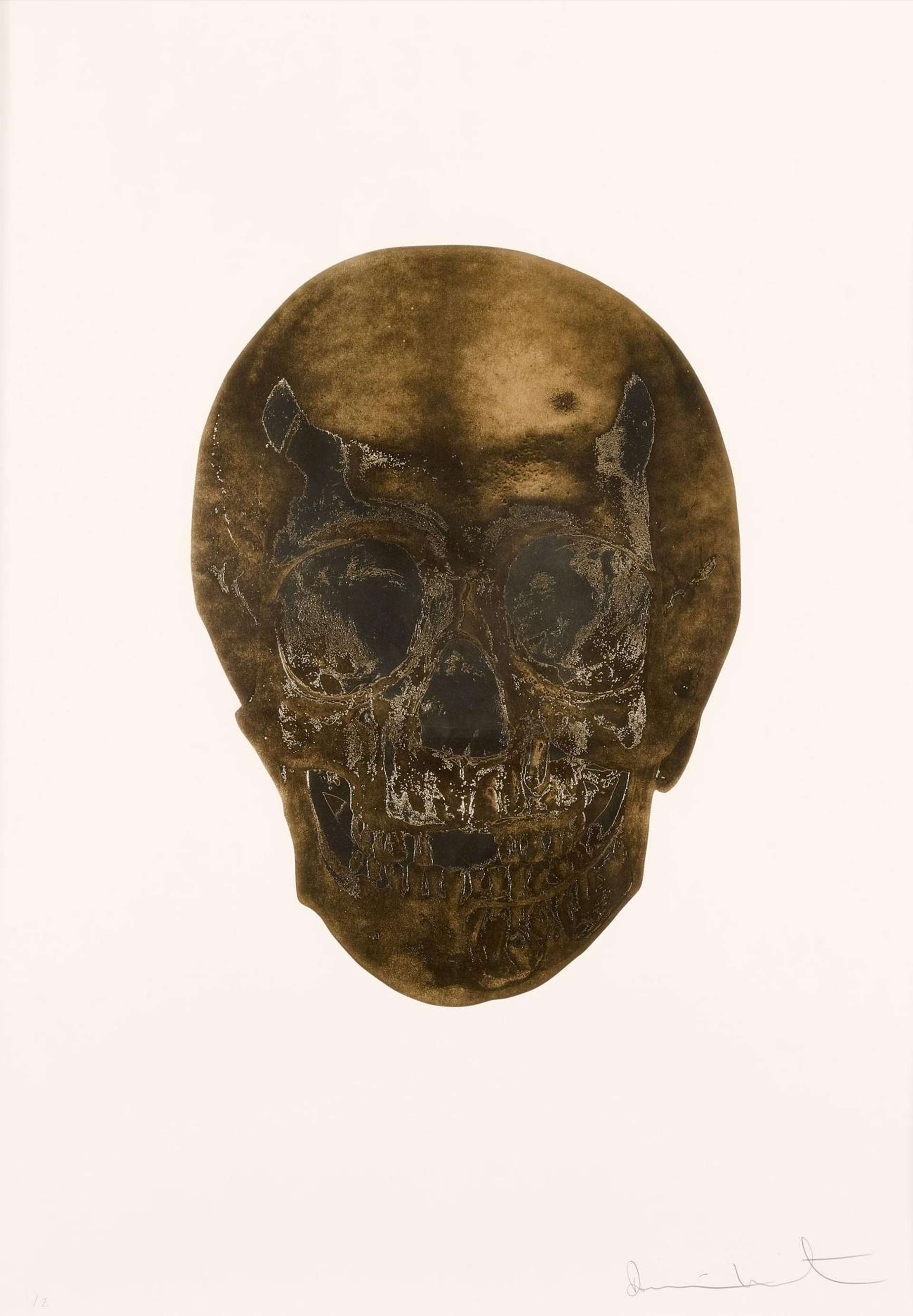 Death Or Glory is a screen print produced in 2011 by Young British Artist Damien Hirst. It depicts a skull on a white background and is a foil print. It is signed in the bottom right corner of the print. It was published with Paul Stolper and Other Criteria in an edition of only two.

Death Or Glory was produced as an exploration of immortality. It is, however, a light-hearted exploration of the topic. For instance, the skull, which is typically an iconographic tool used to invoke thoughts of death, is imbued with a triumphant spirit. This is achieved by Hirst’s decision to depict the skull in a cool gold colour.

Why Hirst did this may be explained by his attitude towards immortality. He stated that “Immortality is really desirable, I guess. In terms of images, anyway”.

In some respects this print may be considered as part of Hirst’s exploration of the contradiction between luxurious objects and the skull. His For The Love Of God collection depicts the skull in similar ways. The 2007 screen print For The Love Of God, Believe depicts a skull frontally. It is almost grinning and is replete with diamonds and other expensive jewels. However, whereas this work is in an edition of 1700, the Death Or Glory work is one of only two. There is a value that is conveyed in the limited number of editions produced that relates to the luxury of the golden skull which is presented to the viewer.