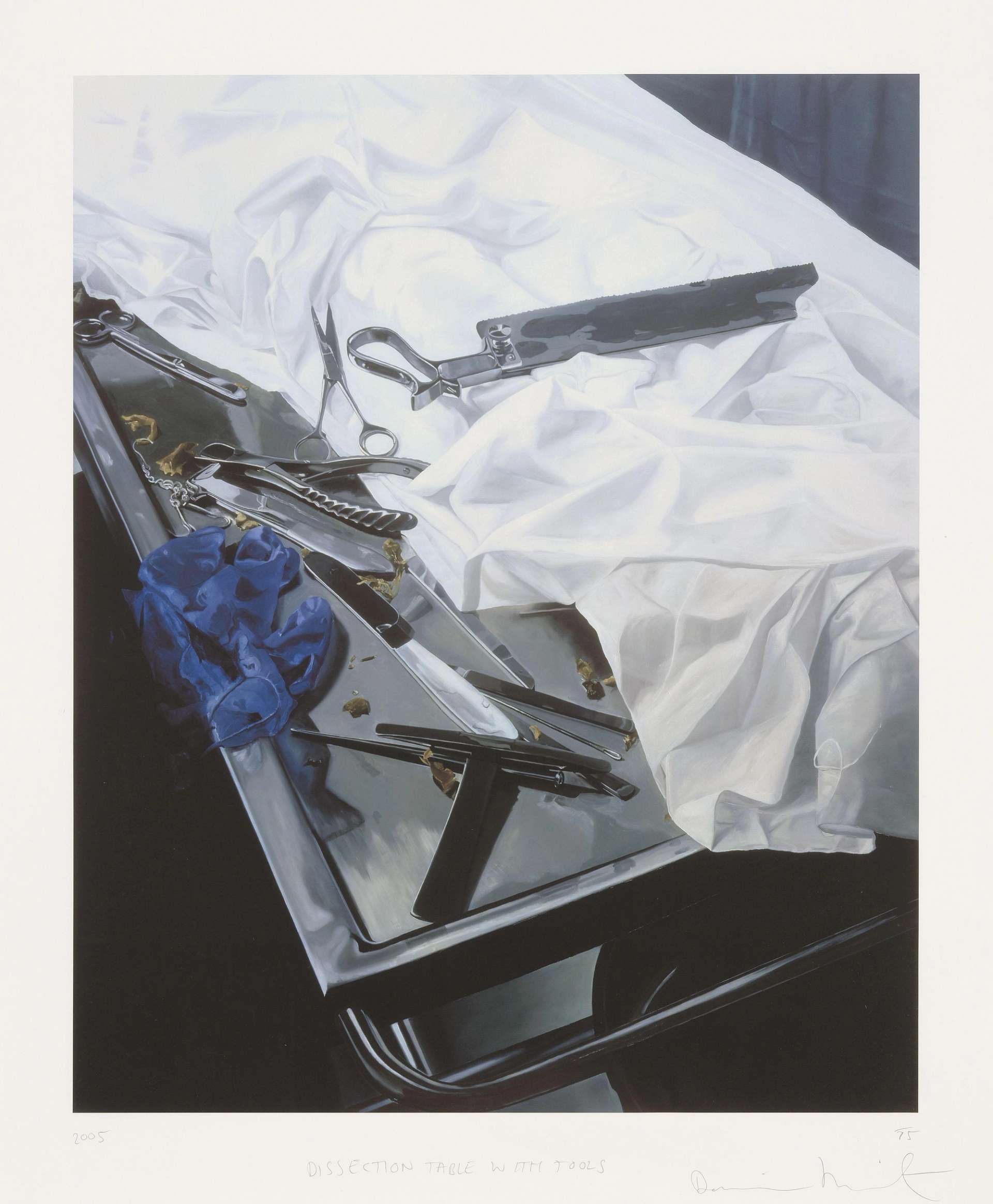 Dissection Table With Tools is a signed digital print by Damien Hirst that was produced in 2005 for use in his exhibition entitled “Damien Hirst: The Elusive Truth” at Gagosian Gallery in New York. The print is signed in the bottom right, and there is a title in capital letters centrally, at the bottom.

This print depicts several tools that one might use for dissection, strewn atop a steel surface with a white cloth. Amongst the tools there are scissors, scalpels, and rubber gloves. There is a sense that these dissection tools might have been used because they are presented in such a disorganised manner.

The works exhibited at this show explored, in part, the topic of health, healthcare, and medical practice. For instance, Hirst’s Hospital Corridor and Two Pills demonstrate how the Dissection Table With Tools fit with the rest of the exhibition’s themes. The former explores the physical space of the hospital. The latter explores the process of healthcare through which one hopes to cure illness. Hirst’s print, when produced in 2005, contributed towards the themes that he was exploring at the time.

Many of the works presented at the exhibition was produced in oil on canvas. However, the Dissection Table With Tools is a digital print. Hirst printed directly from a photograph of the scene. Presenting the viewer of a photograph of such invasive tools makes it a highly emotive image. 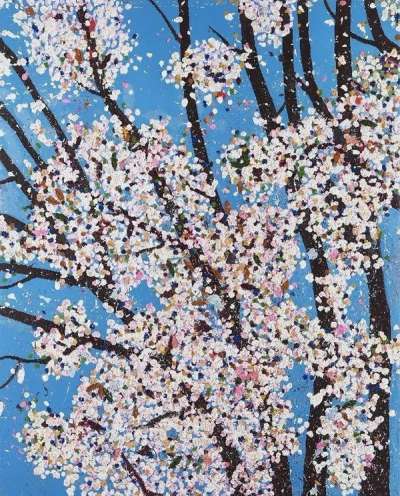