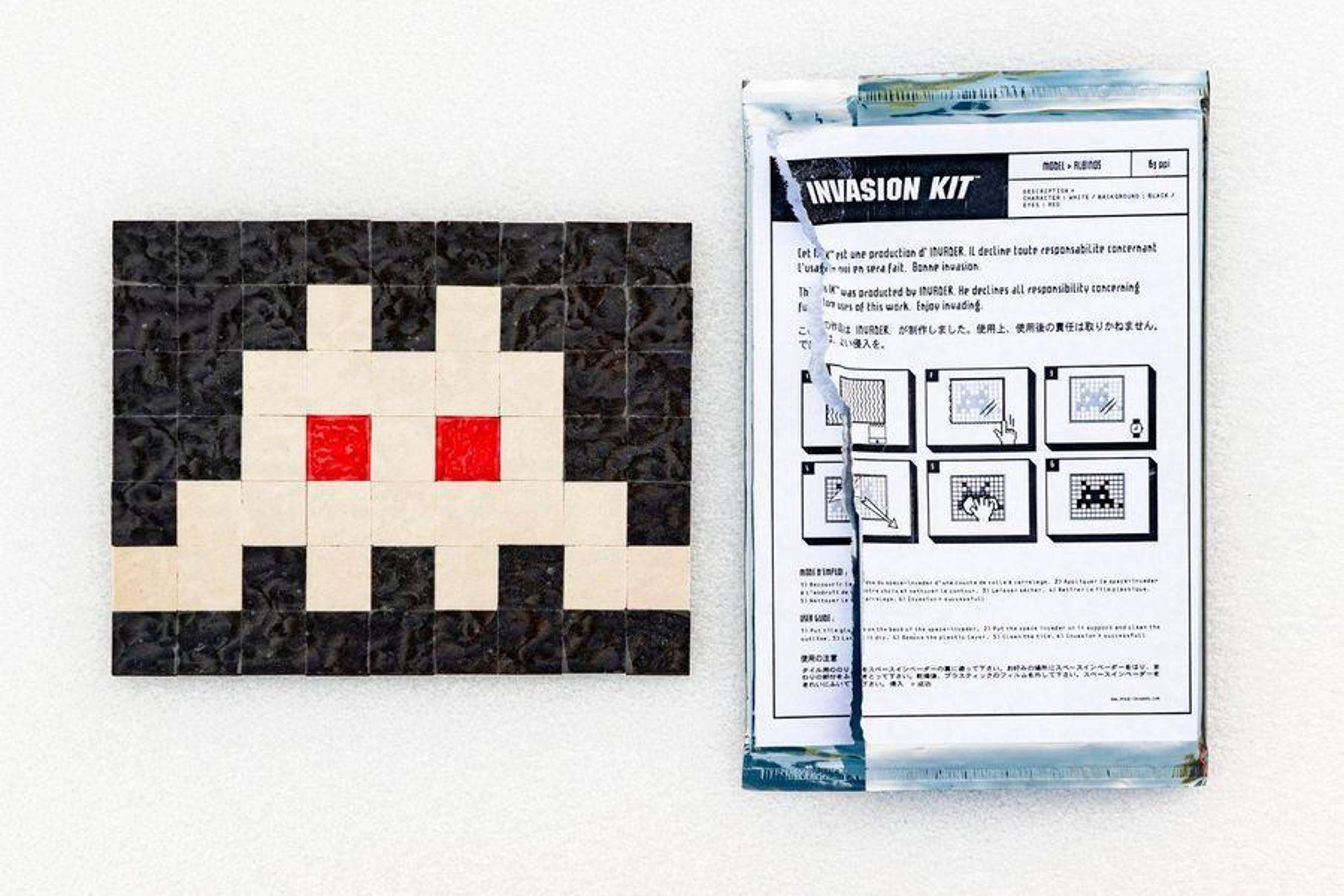 Invasion Kit 1, Albinos is a ceramic artwork produced by the iconic French street artist Invader in 2002. Coming in an edition size of 350, the artwork is interactive and playful as Invader has created a kit that enables people to make the alien mosaics that are closely associated with the artist’s name. The kit contains white, red and black square, ceramic tiles and instructions on how to arrange them to form an alien.

In 1998, Invader started his ambitious installation project, the Space Invaders project, which involved the artist travelling all over the world to install mosaics of aliens in bustling cities. The project was inspired by the popular arcade game, Space Invaders, which was created by Japanese game manufacturers, Taito, in 1978. Invader would spend around a week wandering around the cities he visited, scouting out the perfect location, recording and mapping them, so he could track all of his installations.

Invasion Kit 1, Albinos allows the owner of the artwork to become an artist and create their own alien character from Space Invaders. The kits are produced in Invader’s studio and sold in his iconic Space Shop.