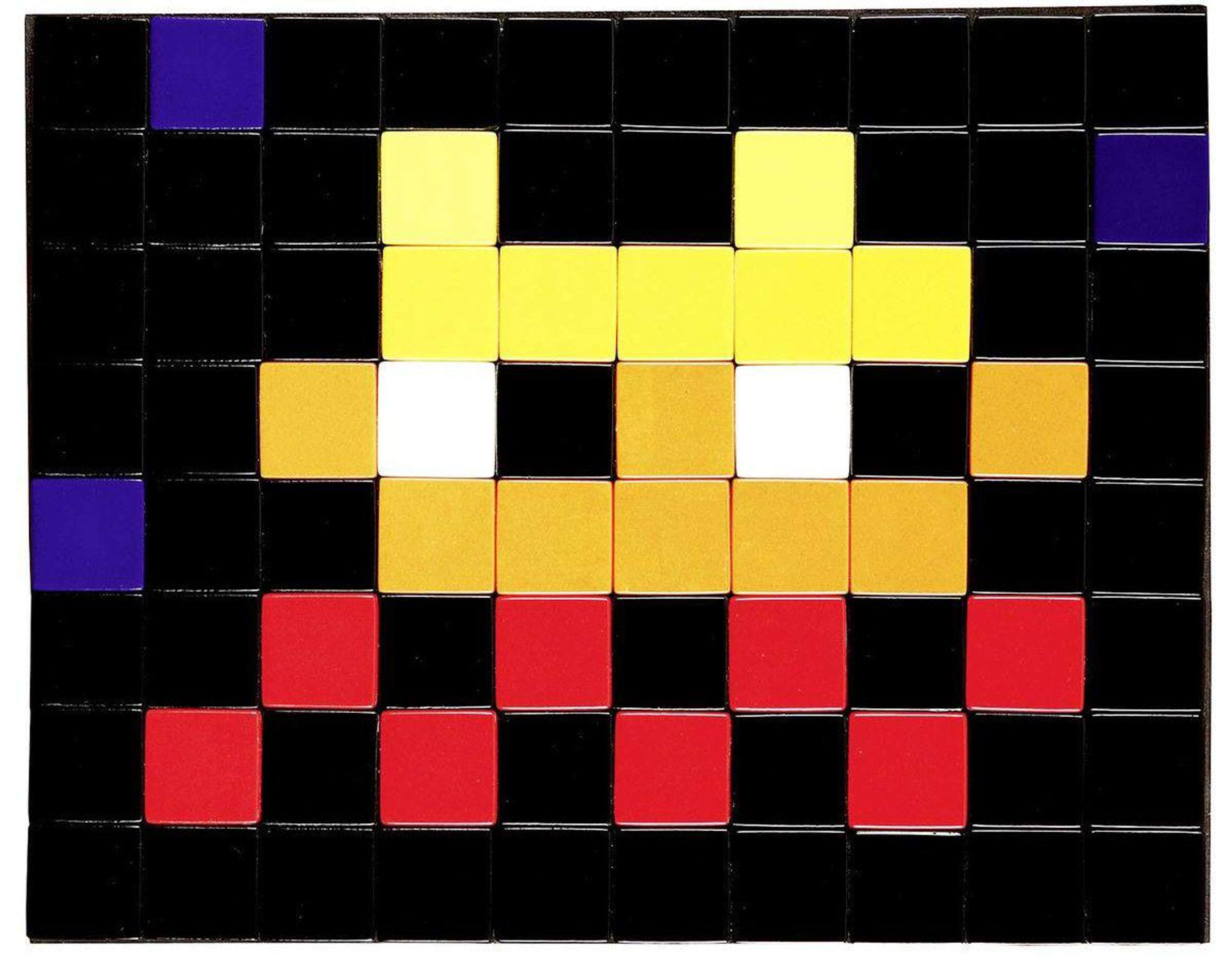 This ceramic mosaic from 2014 is a limited edition of 250 from Invader’s Invasion Kits series. The rectangular mosaic is composed of 80 small mosaic tiles. It depicts one of Invader’s famous Space Invaders characters, perhaps in its most colourful rendition yet. Laying against a pitch-black and blue background, the yellow, orange and red Space Invader looks suspiciously outwards, directing the viewer’s attention along with him.

Invader created the Invasion Kit in 2014 in conjunction with his release of the FlashInvaders mobile app, distributed that same year. FlashInvaders represented the artist’s latest experiment with the world of Space Invaders, turning the real-life treasure hunt initiated by his Space Invasion project into a proper virtual game in which users score points according to the number of Space Invaders they manage to find. The goal of the game is to capture as many invaders as possible to earn maximum points. An Invader can earn between 10 and 100 points. Each composition includes a QR code, which the app will recognise. According to Invader, this app strengthens the relationship between the artist and his fans, further encouraging viewers to look out for the next urban intervention.

Thus, this Invasion Kit attests to a pivotal moment in Invader’s artistic career, one which saw the artist once develop further strategies to disseminate his art to engage a larger audience made of young people and adults alike.