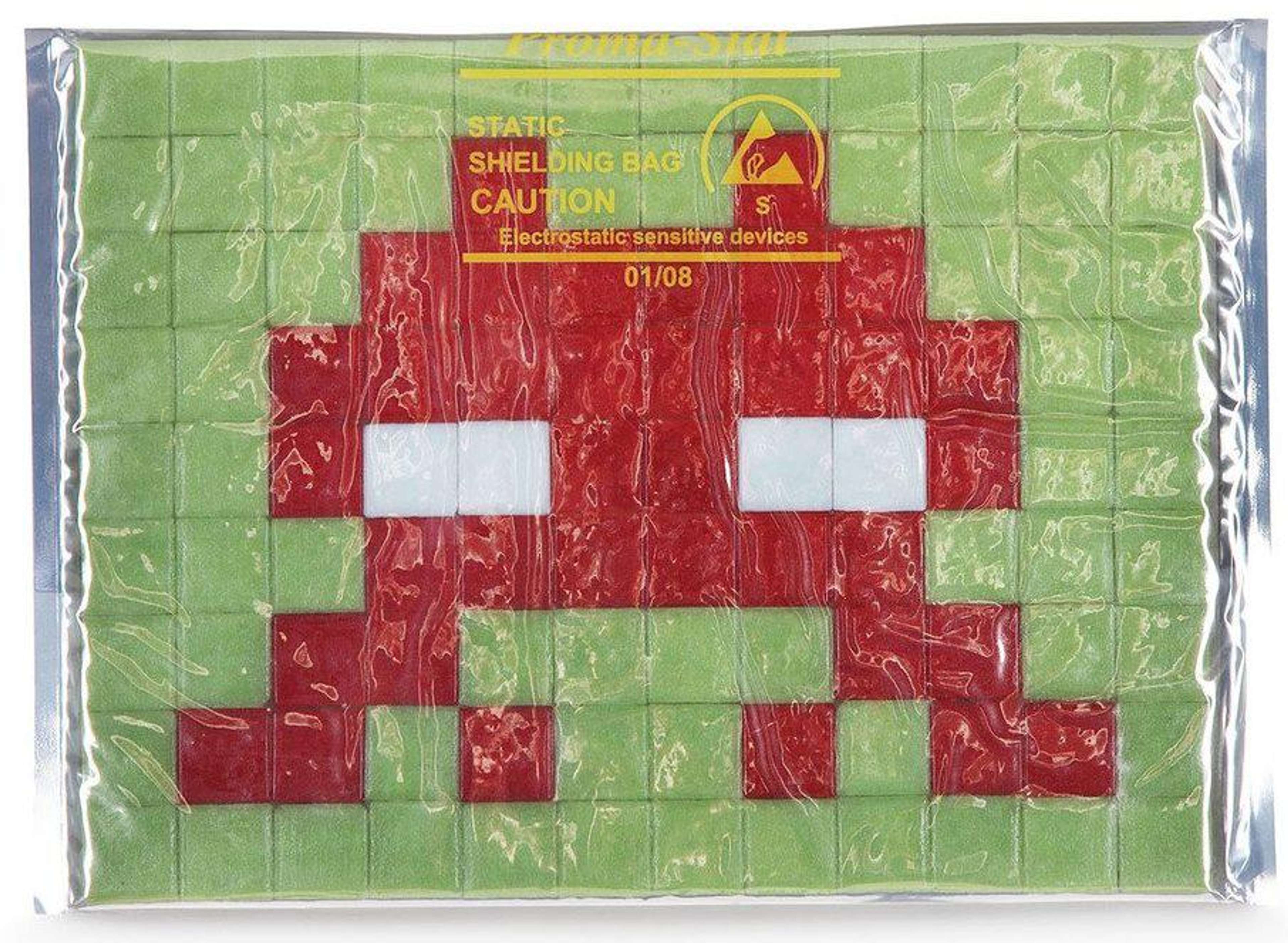 This mosaic from 2009 is a limited edition of 150 from Invader's Invasion Kits series. The piece shows a bright red Space Invader against a sage green backdrop. For this mosaic, Invader chose the technique of colour-blocking, namely juxtaposing primary vivid colours against one another to achieve more definition and intensity.

The central character of the composition, the Space Invader, is taken from the Japanese Taito video game Space Invaders, which Invader quotes repeatedly in his large scale invasion project. Regarding his choice of using Space Invaders, the artist once claimed: "They are the perfect icons of our time, a time where digital technologies are the heartbeat of our world. As these creatures are made of pixels, they are in some sorts ready-made for tile reproduction.”

Invader’s appropriation of these characters began in the 1990s and has since taken the world literally by surprise through Invader’s anonymous and unpredictable Invasion waves. The artist has now become emblematic of Street Art, and the public dissemination of his works across cities has turned into a real-life treasure hunt.

Through these Invasion Kits, Invader offers the chance to his most avid collectors to purchase a Space Invader, a generous gift for any fan, ever since the first public Invasion Wave, has longed to privately own his witty and funny ceramic works.