Invasion Kit 15, Glow In The Space 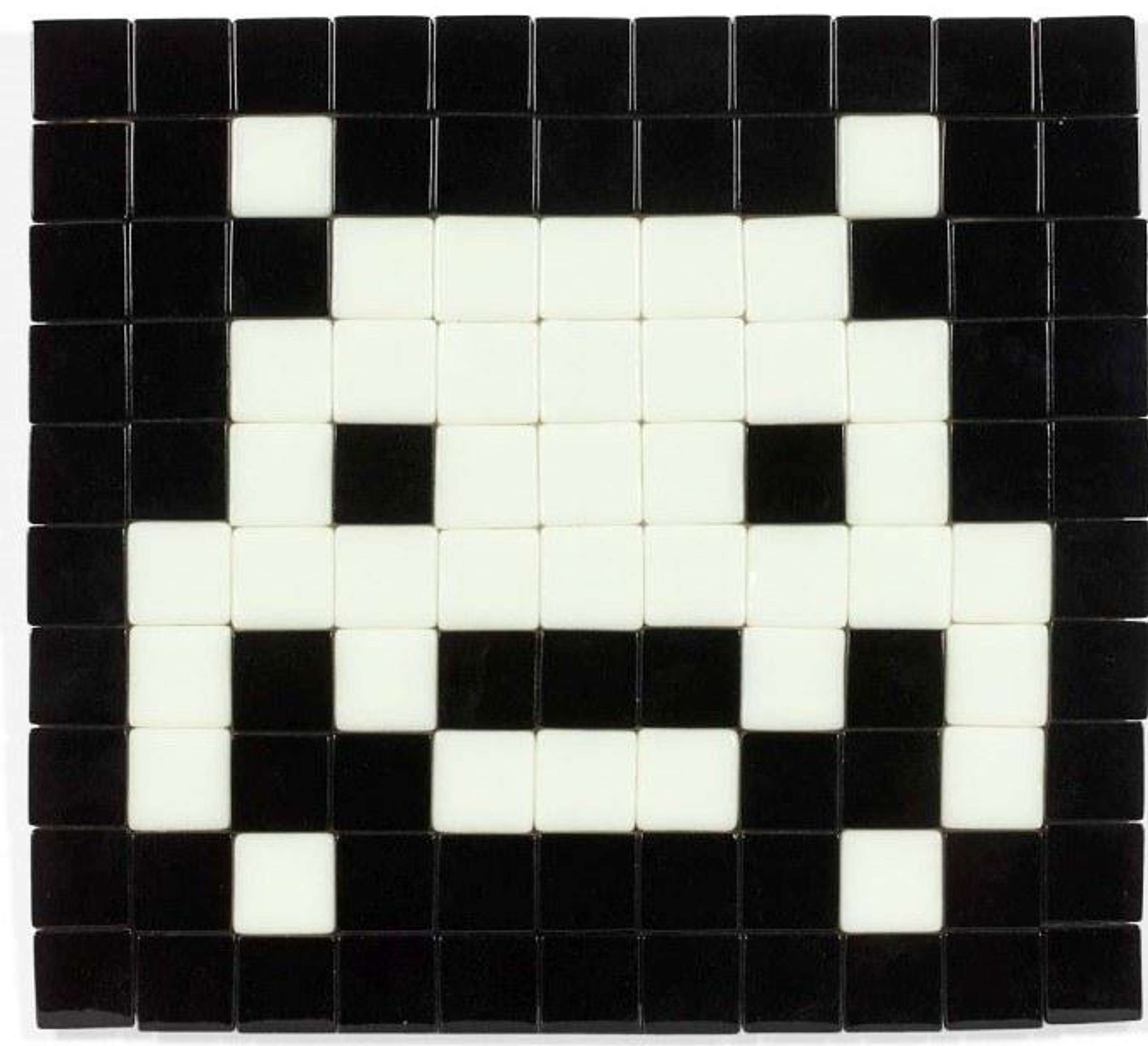 This ceramic mosaic from 2013 is a limited edition of 200 from Invader’s Invasion Kits series. The squared mosaic is composed of 110 small mosaic tiles. It represents one of Invader’s Space Invader characters, which the artist has been disseminating around the globe for over two decades now. Against a pitch-black background, a white luminous Space Invader looks directly at the spectator.

Regarding this Invasion Kit, the 15th the artist released, Invader claimed: “This new invasion kit is not only the largest of the series but also the most luminous. It will shine throughout the darkness thanks to its phosphorescent tiles!” As already the title Glow In the Space suggests, the tiles composing the Space Invader are devised so as to glow in the dark, creating a haunting atmosphere in which the alien character seems to be emerging out of space.

While the Invasion Kit was not released in conjunction with any specific exhibition, the title nonetheless suggests that the Kit pays homage to Invader’s Art4Space project, which the artist had launched only a year before in 2012.

Playing with Space Invaders’ alleged provenance from space, this Invasion Kit is a rare and unique find within Invader’s production, attesting to his vivid artistic imagination and his technical experimentation with materials.