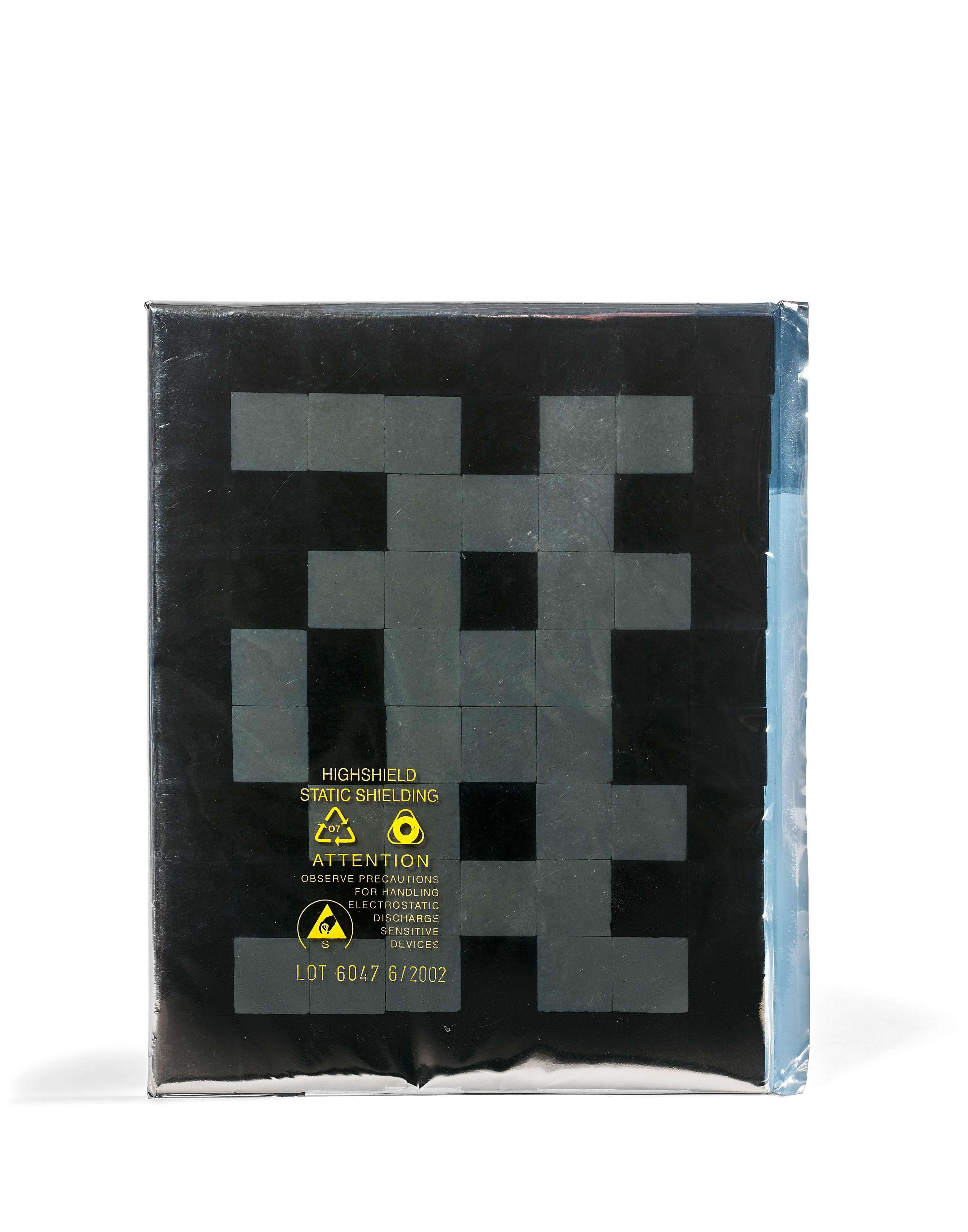 This 2004 ceramic mosaic is a limited edition of 150 from Invader’s Invasion Kit series. The small, rectangular work is composed of 80 ceramic tiles and comes sealed in its original anti-static packaging. Set against a black background, a grey pixelated Space Invader figure takes prominent place in the centre of the work.

This Invasion Kit was released in 2004, and was assembled and numbered by prolific street artist Invader. Typical of Invader’s style, the work uses the medium of ceramic mosaic to form pixelated characters inspired by Taito’s popular video game Space Invaders. An instantly recognisable motif to anyone who played the game in the ’80s and ’90s, Invader’s imagery is therefore universally readable, no matter your geographic location or social position.

This work forms an important part of Invader’s body of work, as his Invasion Kit series encouraged the participation of his fans like never before. Instead of merely scouring the urban landscape for a sighting of his work, the Invasion Kit invites buyers to paste an Invader work wherever they may choose. The instruction guide, on the reverse of the work’s anti-static packaging, provides a simple step-by-step guide on how to adhere the tiled work to a surface.

By purchasing an Invasion Kit, you have the opportunity become a potential Invader yourself. This work is therefore testament to Invader’s continuous pursuit of bringing his fans closer to his process, and encouraging them to take to the streets and fill it with art.