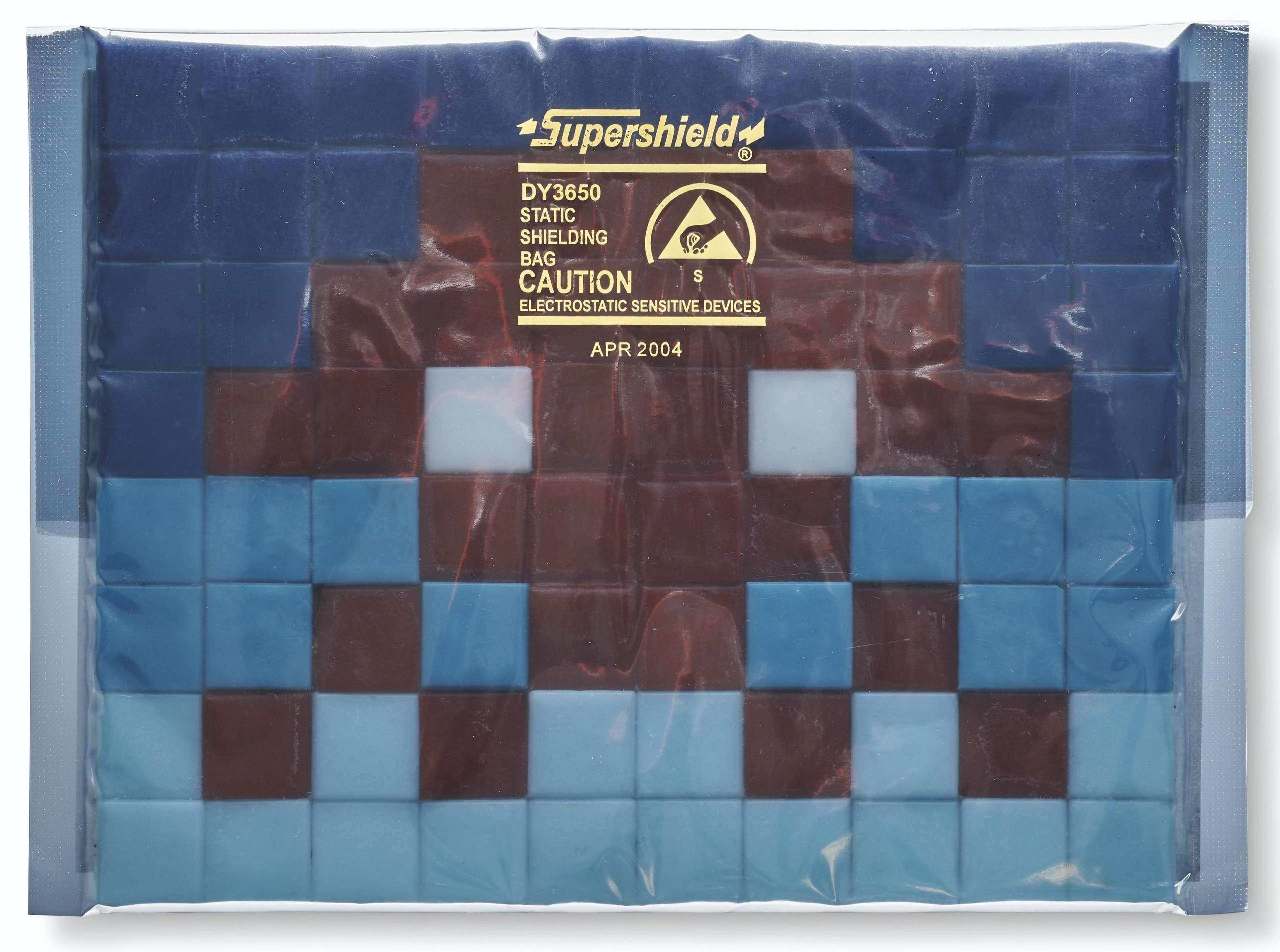 Invasion Kit 5 Atari 2006 is a ceramic artwork produced by the critically acclaimed French street artist Invader in 2005. The artwork comes in an edition size of 150 and not only functions as a limited edition artwork but also as a kit which enables people to reproduce Invader’s mosaic style artworks.

Invasion Kit 5 Atari 2006 is a set of ceramic tiles, mostly blue, which when assembled correctly look like an alien from the popular arcade game, Space Invaders. The kit also comes with detailed instructions, written by Invader himself, helping the kit owners create the mosaics.

The kit can be seen alongside other kits produced by the artist, all of which are tied to Invader’s impressive installation project, the Space Invaders project. Invader started the project in 1998 which involved him travelling around the world and scouting locations in various metropolitan cities where he would install around 20 to 50 mosaics of alien characters from Space Invaders onto the walls of the cities. Invader has produced detailed maps and guides providing the exact locations of his artworks, and the invasion kits take the project one step further, encouraging people to get involved themselves and launch their own alien ‘invasions’.