Anatomy, Left Side Of Jaw 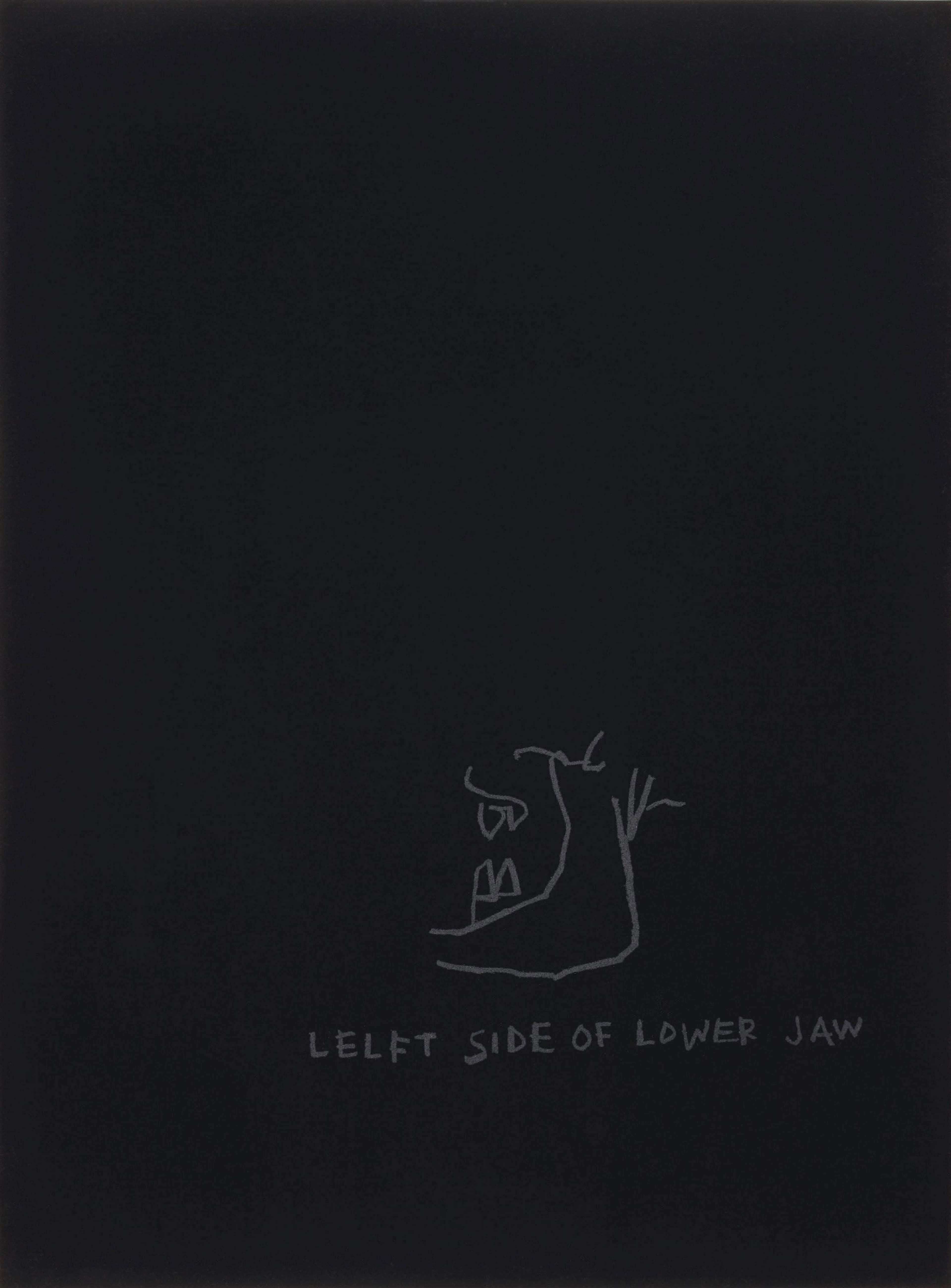 Anatomy, Left Side Of Jaw is a screen print by Jean-Michel Basquiat, produced in 1982. This print sees Basquiat’s depiction of the lower jaw in soft grey against solid black, as is typical of the Anatomy series. Basquiat's attentive approach to depicting the human form is demonstrative of the huge influence of Gray’s Anatomy as well as his firsthand experience of severe physical trauma. The artist’s expressive drawing style is tempered by an acute awareness of anatomical reality.

When combined with the drawing’s grayscale backgrounds and white lines, the print could be compared to an x-ray, further highlighting its medical feel and distinguishing it from the vivid, forcefully applied colours of Basquiat's best-known works.

The mistaken spelling of ‘left’ (‘LELFT’) is illustrative of Basquiat’s playfully deconstructive approach to language, which is often attributed to Cy Twombly. As curator Dieter Buchart notes, “Twombly was very influential for Basquiat early on, in the transition from his poetic conceptual graffiti to his early collage works, drawings, and paintings. You see that in the way Basquiat works, with a type of line derived from handwriting, and the representation of handwriting.”