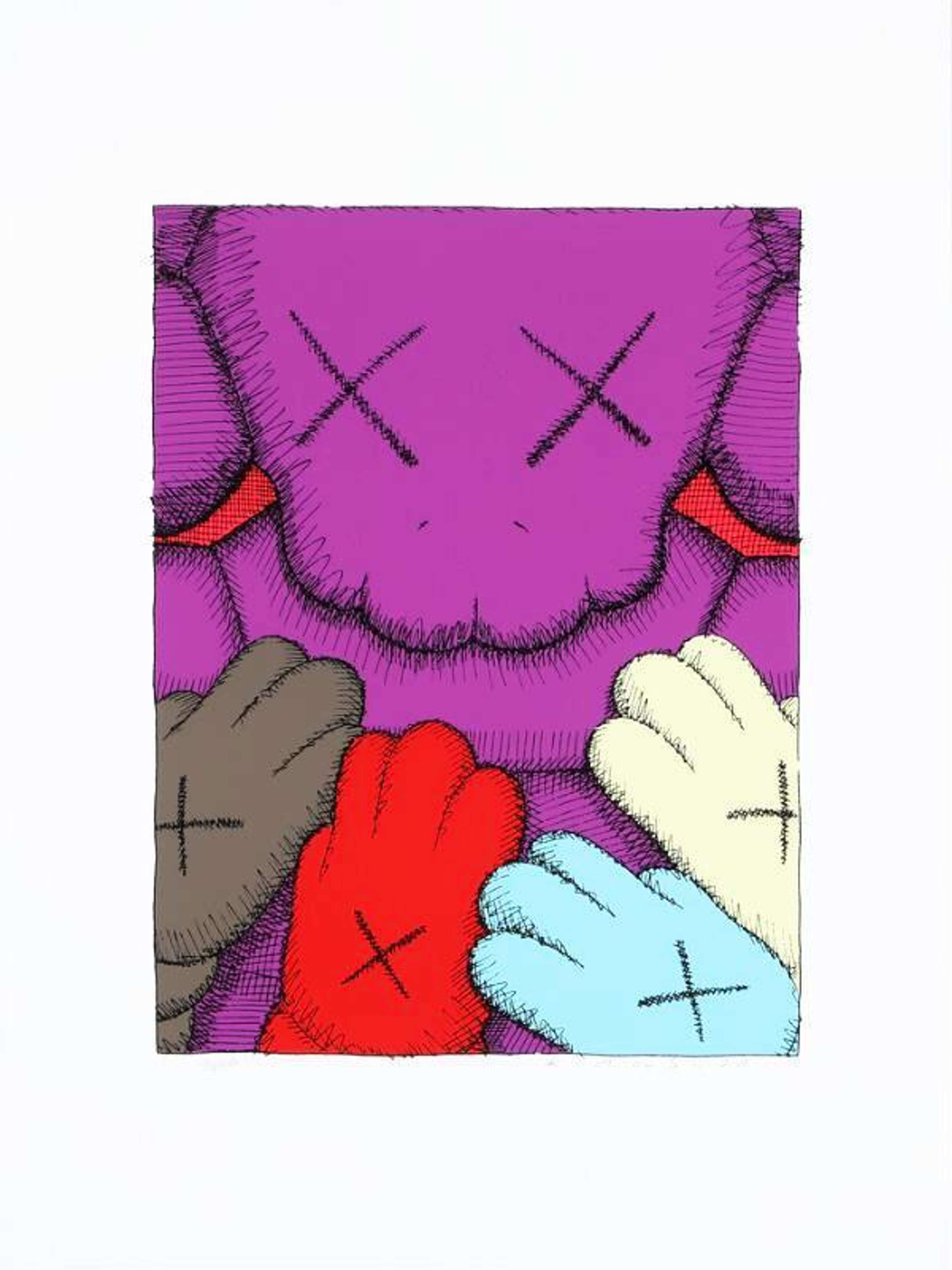 This signed screen print in colours was produced by the ground-breaking American artist and designer, KAWS in 2020. Coming in an edition size of 250, the print depicts the beloved cartoon character, Companion. Companion is rendered in purple in the centre of the print. The character’s body is cut off from the composition, meaning only the cartoon’s face is visible.

Urge, No. 8 is a signed screen print in colours produced by the ground-breaking American artist and designer, KAWS in 2020. The print depicts the beloved cartoon character, Companion. Companion is rendered in purple in the centre of the composition. Opting for a portrait style print, only the cartoon’s shoulders and face are visible. At the bottom of the composition, KAWS draws four hands, each rendered in a different bright and vibrant colour.

KAWS is famous for having created an impressive stock of cartoon characters that reappear in different settings and iterations throughout his artworks. Companion is arguably the most well-known and internationally recognised of these characters, however Chum, Bendy and Accomplice are other notable figures that often appear in KAWS’ prints. KAWS’ cartoon characters reflect the artist’s love for animation and the artist’s visual style is clearly influenced by comic strips and animated television series.