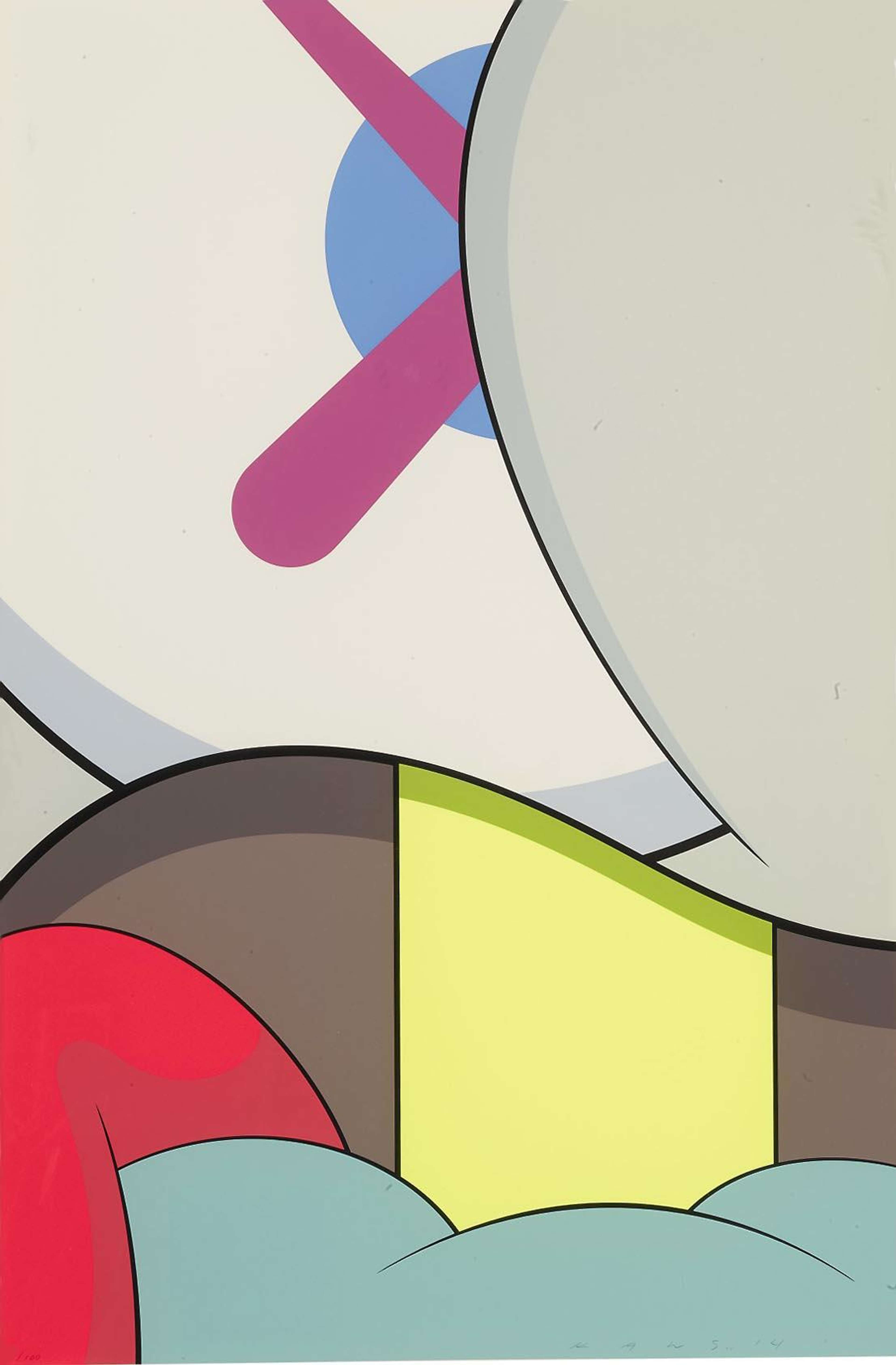 Blame Game VII is a signed screen print in colours on Saunders Waterford High White paper made by KAWS, a renowned American artist and designer who launched his artistic career in New York in the late 1990s. Produced in 2014, the print depicts a close-up section of a cartoon character’s face. The composition is characterised by bold, black gestural lines, curved shapes and bright and vibrant colours.

Blame Game VII is part of KAWS’ Blame Game collection, which is composed of 10 screen prints, each of which show isolated close-up sections of a cartoon character’s face. Of the 10 prints in the collection, this is one of the more abstract prints, with the close-up making it almost impossible for the viewer to discern what they are looking at.

KAWS’ graphic style can be traced back to his experimentation with graffiti, which he started practising as a teenager, growing up in New Jersey. The artist continued to develop his graffiti skills in New York, and would frequently tag buildings in the city, along with phone booths, metro stations and bus stops. KAWS also studied illustration at the School of Visual Arts in New York, where he obtained a Bachelor of Fine Arts in 1996, and then worked as a freelance animator for Jumbo Pictures. KAWS’ professional and personal art experience contributed significantly to his excellent draughtsmanship and creative flair.