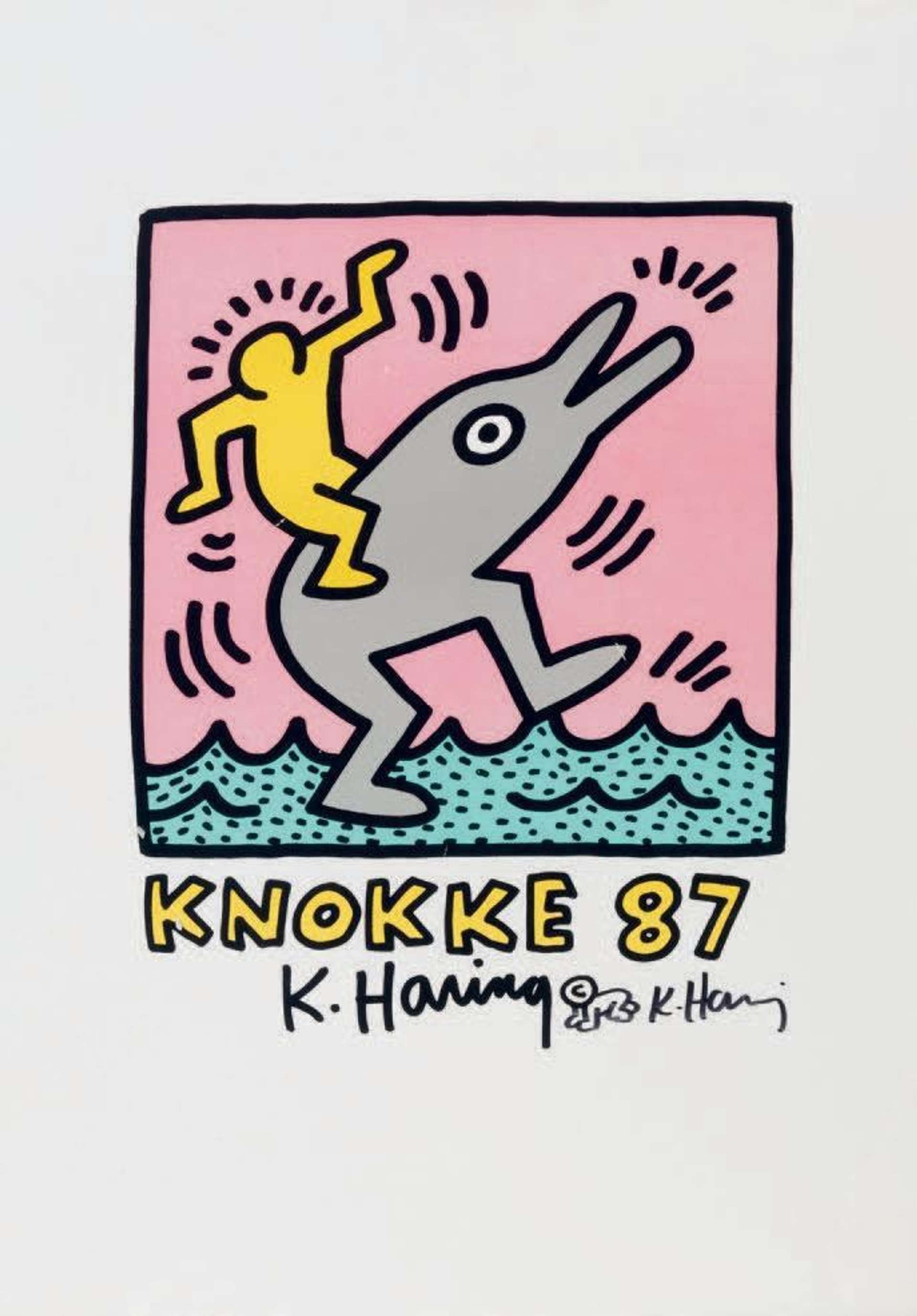 Printed in 1987, Knokke is a signed screen print in colours by Keith Haring. The print depicts a mythic sea creature, which appears to be a hybrid between a human and a dolphin, with one of Haring’s iconic androgynous figures riding on its back. The two figures appear playfully by the sea, enjoying the Knokke seaside resort on the Belgian coast. The figures are rendered in Haring’s characteristic thick, black lines and are surrounded by ‘energy lines’ which are emitted by the two figures and evoke dynamism, movement and solidarity. The human figure is rendered in yellow which contrasts with the pink backdrop and light blue sea waves.

The strong lines seen in Knokke are typical of Haring’s work. The bold singular and decisive brushstrokes that compose the print have become emblematic of Haring’s innovative visual language which he developed while living in New York. This print differs from Haring’s other prints, such as the Growing series in which zig zags, swirls and curved lines dominate the background of the print. This print is simpler, yet still imbued with a sense of energy and dynamic movement. The androgynous yellow figure riding the sea creature is an iconic symbol created by Haring that features in many of his prints, such as the Pop Shop series and the Fertility Suite series.

In 1987, Haring was invited to Knokke in Belgium by Roger Nellens to paint a mural for the Channel Surf Club. The mural was commissioned to celebrate the collaborative artist culture of the seaside town. This print was produced after the completion of the monumental and highly praised mural.