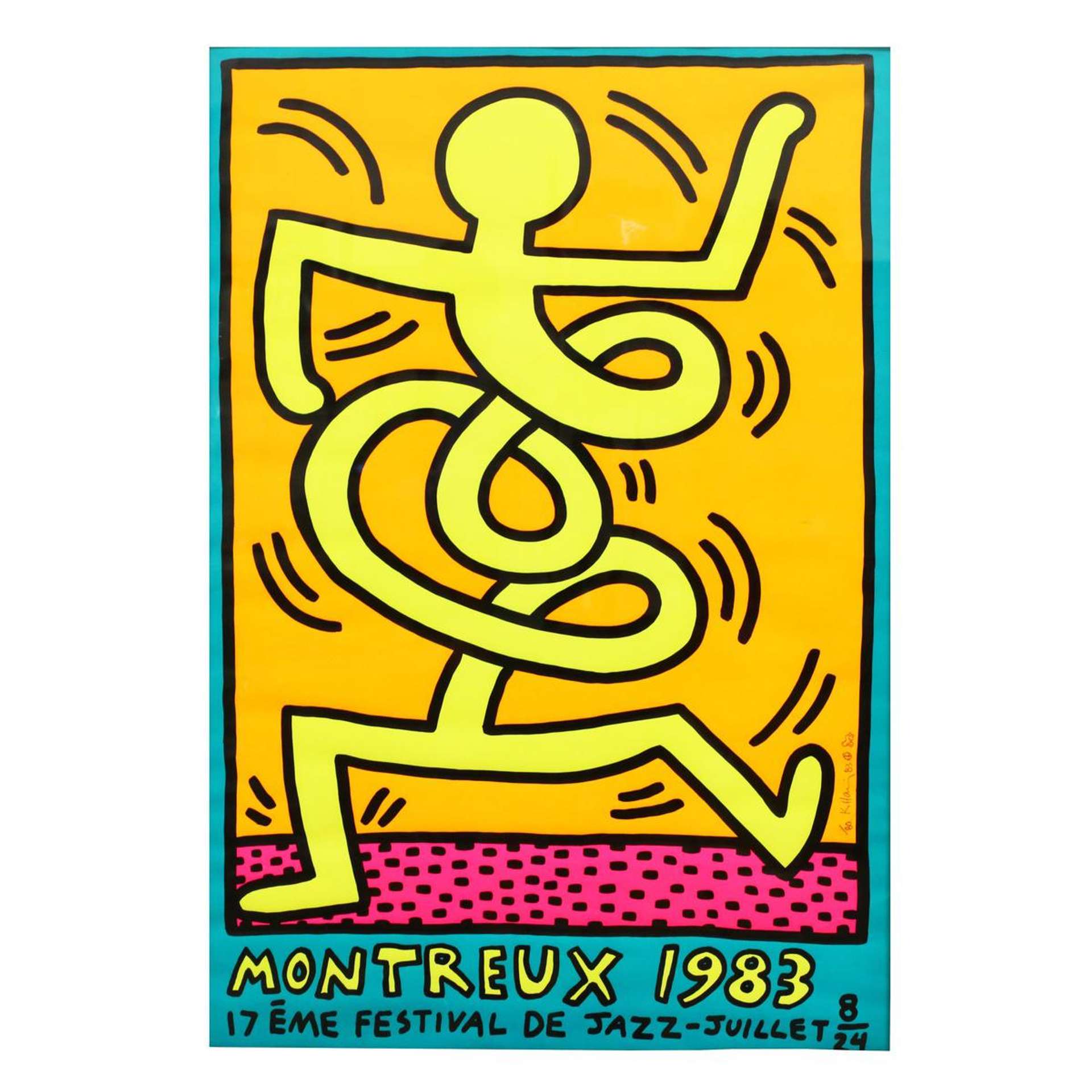 This signed screen print is a limited edition of 80 by Keith Haring. Montreux Festival De Jazz shows a bright yellow figure depicted with thick, bold outlines and filled with block colour. Unlike Haring’s typical androgynous figures this poster shows the central character with a thin, twisting body to emphasise the sense of movement and energy in the image.

This print was originally designed as a poster for the Montreux Jazz Festival held in Switzerland annually on the Lake Geneva shoreline. The festival is the second largest annual jazz festival in the world and Haring was commissioned to produce a trio of posters in 1983. In 1986 the artist collaborated with Andy Warhol to create a further poster for the festival.

Adhering to the theme of a music festival, this print exudes a sense of rhythmic energy in the way that the figure twists and dances, energy lines emanating from its bendy body. Haring uses saturated, opposing colours throughout the print to produce a jarring effect that furthers this sense of musical energy. Immediately recognisable as an image by Haring, Montreux Festival De Jazz is exemplary of why the artist was commissioned by international organisations to produce posters throughout his career.