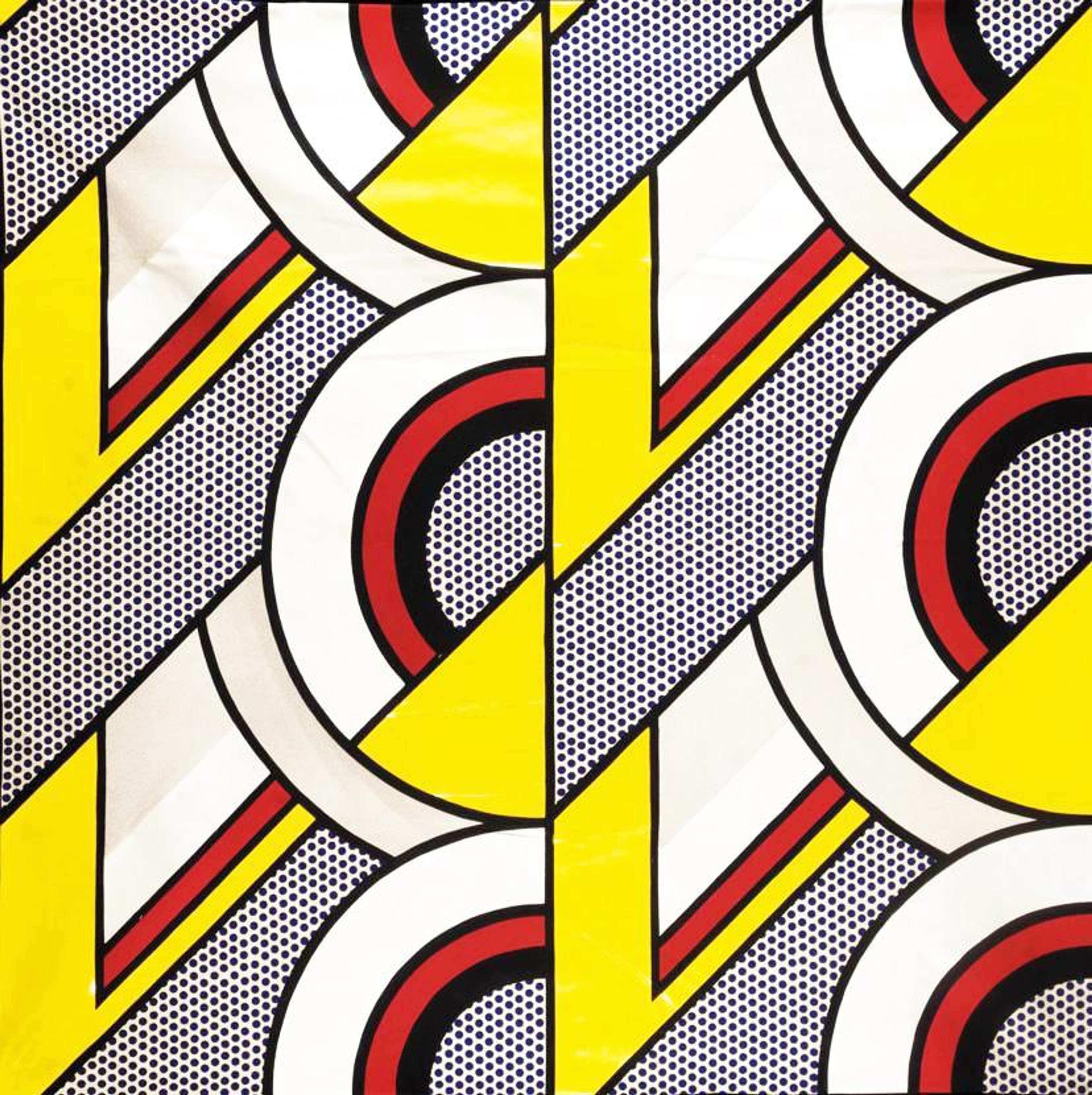 Roy Lichtenstein’s Banner IV of 1968 is one of the earliest works from his artistic oeuvre that actively obliterates painterly gestures. Instead, the artist focuses on evoking a smooth superimposition of vivid colours and calculated patterns. Lichtenstein’s use of a felt banner technique coupled with synthetic vinyl ensures the superbly gesture-free finish of his print.

Banner IV’s composition is set on a striking yellow backdrop. Dense areas of black and white Ben Day dots, and red, white, and cream coloured swirling elements populate the canvas. Banner IV was conceived entirely in the spirit of Lichtenstein’s newfound referential mode of expression. As such, the work is a fusion of abstracted stylistic conventions appropriated from various modern movements. Banner IV draws first and foremost on the fundamentals of Cubism and Constructivism, setting a precedent for Lichtenstein’s later Modern Head series.

Additionally, the sleek image conjoins diverse shapes adapted from facade ornamentation and interior design. More specifically, the print blends patterns and forms borrowed from the streamlined art deco style of the 1930s. The busy picture plane balances vertical and diagonal lines against curves and straight geometrical edges. As a result, the work ultimately captures an interplay between dynamic versus static elements.